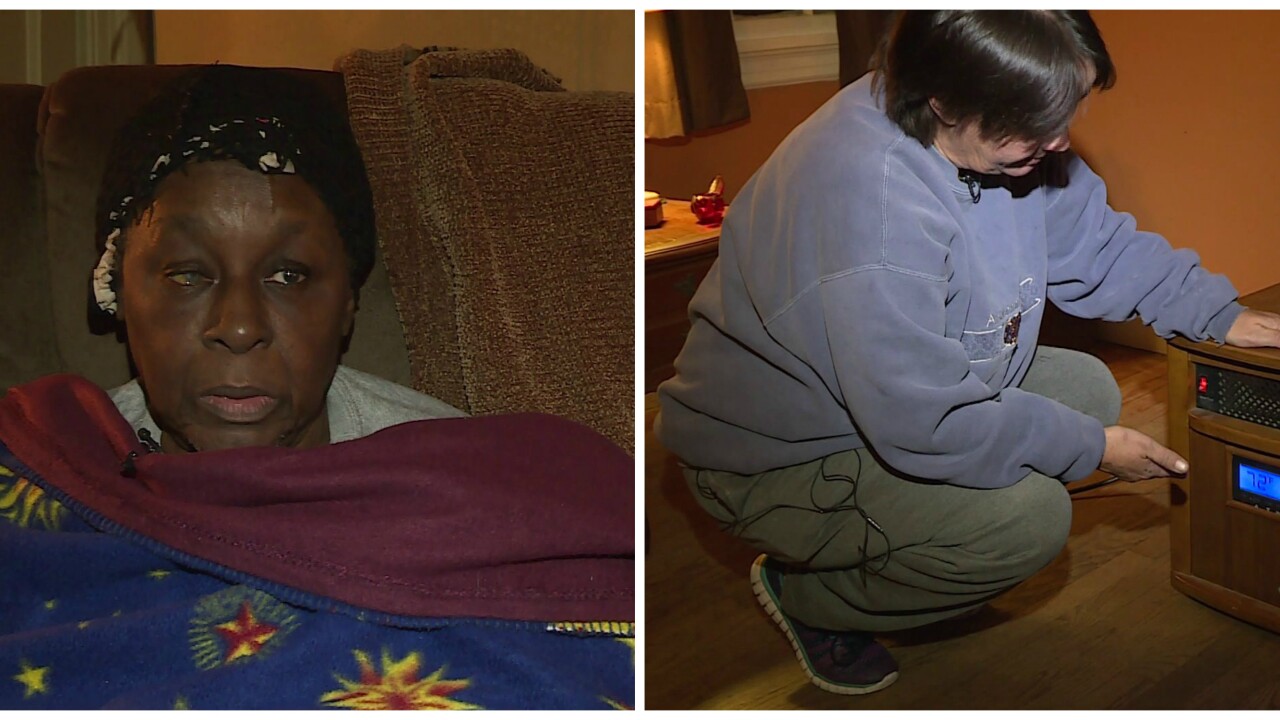 RICHMOND, Va. -- As temperatures dropped into the teens Monday evening, 80-year-old Theressa Dixon was struggling to stay warm in her Brook Road apartment.

A small space heater has been her only source of heat all winter long, but the past few nights of frigid temperatures, have been unbearable for the elderly woman who suffers from arthritis and glaucoma.

Despite paying her power bill and rent on time each month, Dixon says her heating unit only blows cold air into the apartment.

Dixon says she began complaining to The Flats at Ginter Park, which manages her apartment complex, several months ago but hasn’t heard from anyone since a general contractor inspected the unit back in mid-December.

Faulty window stripping on the doors and windows have complicated the situation.

“I turned it (the unit) off today because I couldn’t stand the blowing anymore.  If you leave it on, it blows cold, cold air,” Dixon says.  “You’ve got the windows leaking in cold air; it’s just getting colder and colder in here.

Management for the Flats at Ginter Park was unable to comment about the conditions in Dixon’s apartment when contacted by CBS 6.

“I don’t know what else to do,” Dixon exclaimed.

Meanwhile in Eastern Henrico County, The Gunter family has also been struggling with little heat inside their home on Parrish Street.

Laura and Lyndon Gunter were granted a voucher for heating assistance back in November, but a mix-up in the government run program has left the family with little means to pay their heating bill.

Lyndon Gunter is on disability and is having trouble enduring the bitter temperatures.

Laura Gunter says a space heater and the home’s oven, which stays on 24/7, are the only sources of heat for the family.

“Our neighbor across the street has helped us. She’s loaned us money to get oil,” Gunter tearfully explained.

Gunter says she’s placed daily calls to the county’s Department of Social Services, but has been unable to get answers or a replacement voucher.

While the temperatures are expected to rise by the end of the week, both Gunter and Dixon fear they’ll have to endure more chilly days and nights in the near future, if their situations aren’t addressed.