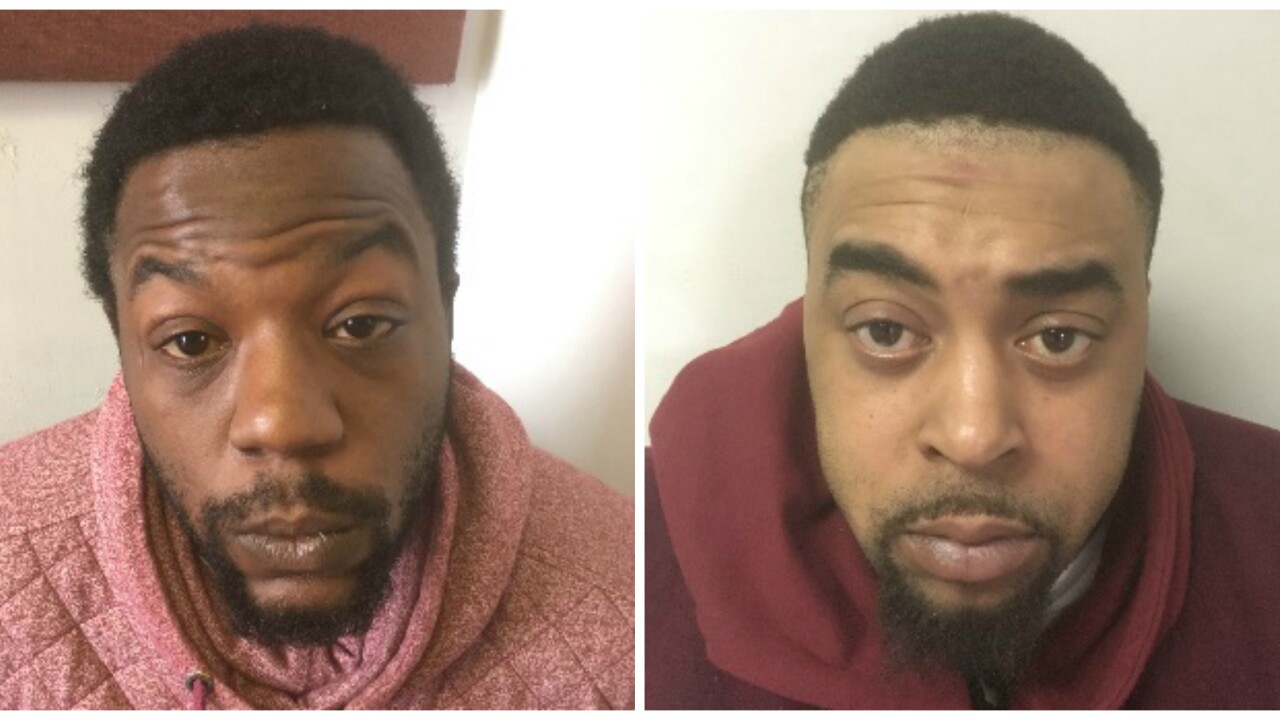 PETERSBURG, Va. — Two men face over a dozen felonies after being arrested in connection to a shooting into an occupied vehicle with children inside on December 6, 2016.

White was charged with 17 felonies and one misdemeanor. The charges include four counts of attempted first degree murder, eight counts of shooting into an occupied vehicle, and four counts of use of a firearm in the commission of a felony.

Bradley was charged with 12 Felonies, including four counts of conspiracy of attempted first degree murder and eight counts of shooting into an occupied vehicle in the 2nd degree. He was also served on 3 outstanding warrants from Chesterfield County.

Both Bradley and White are being held at Riverside Regional Jail.

Detectives are still investigating this case and looking for more suspects.  If you have any further information, please contact the Petersburg Dinwiddie Crime Solvers at 804-861-1212 or text the keyword pdcash followed by the tip and send to 274637.

Mom: Angel must have protected kids as men open fire on car

Christine Wesson said an angel was watching over herself and the three children in her car when at least two men opened fire on her vehicle Tuesday night.

The 28-year-old Petersburg mother said she had pulled over near St. James and St. Mark Street to drop off a friend when another car pulled up beside her.

She then saw two men get out of the car and pull out a gun.

“I was the only car out there. I’m looking for ‘what’s going on?'” she recalled. “Next thing I heard was ‘pluck.’ Then I heard another ‘pluck.’ I took the car out of park and drove up on the curb.”

With the children screaming for her to drive, Wesson said she did her best to get the kids to safety.

“They did not even give a darn about the kids or about me,” she said about the men who fired at least eight shots into her car.

“One of the bullets could have killed everyone in the car because it was so close to the gas tank,” she said. “One came through the car, went through the backseat, and if I would have had the kids buckled up, it would have hit them in the back of their neck.

“There was an angel in there with us because the bullet hit the radio.”