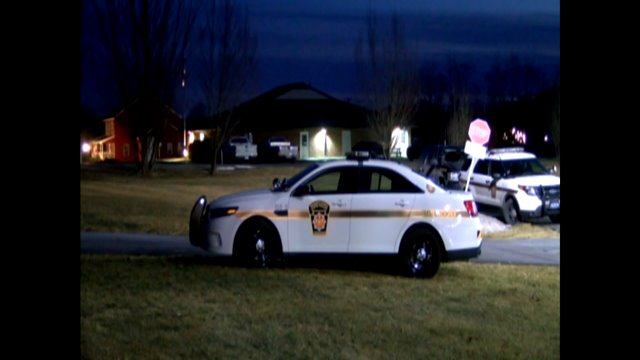 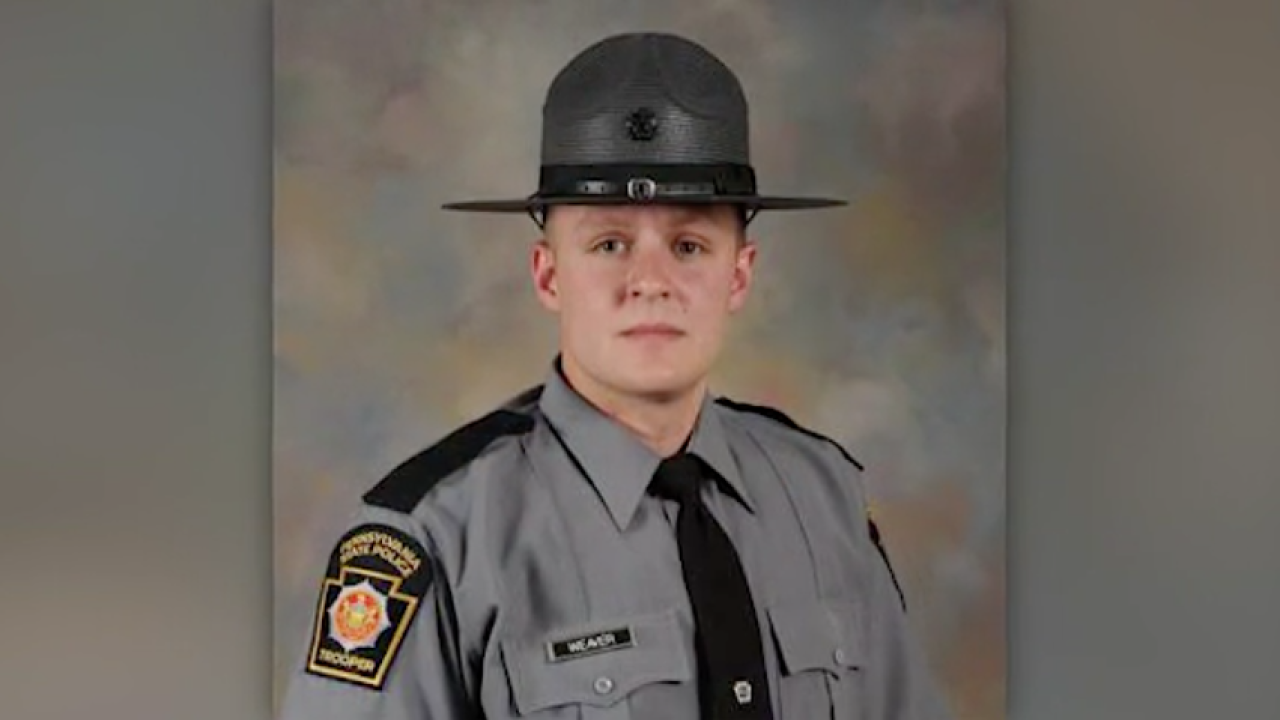 Troopers announced the death of Jason Robison, 32, via Twitter. No additional details were immediately released.

HUNTINGDON COUNTY: PSP is currently searching for Jason Robison, 32, in relation to the shooting of a Trooper. https://t.co/ZsYVo2H6TV pic.twitter.com/wwUiSrtBzM

Trooper Landon Weaver was killed Friday evening during an incident that took place at a home in Huntingdon County, located in central Pennsylvania.

On its Facebook page, Pennsylvania State Police said Weaver was "tragically shot and killed while investigating a domestic-related incident."

Weaver enlisted as a state trooper in December of 2015 and is the 97th member of the Pennsylvania State Police to be killed in the line of duty, the state police's Facebook page said.

"Landon will always be remembered for his bravery, his sacrifice, and his willingness to serve," Gov. Wolf said.