Watch New Year celebrations ring in 2017 around the world 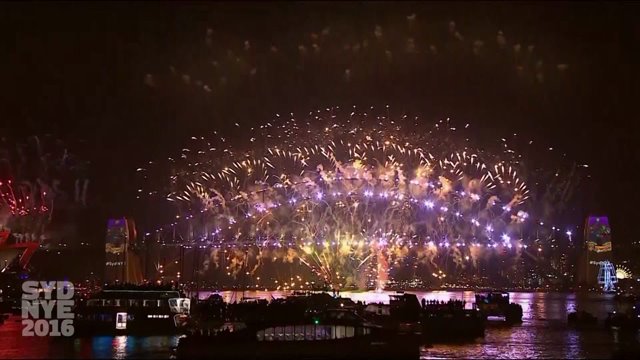 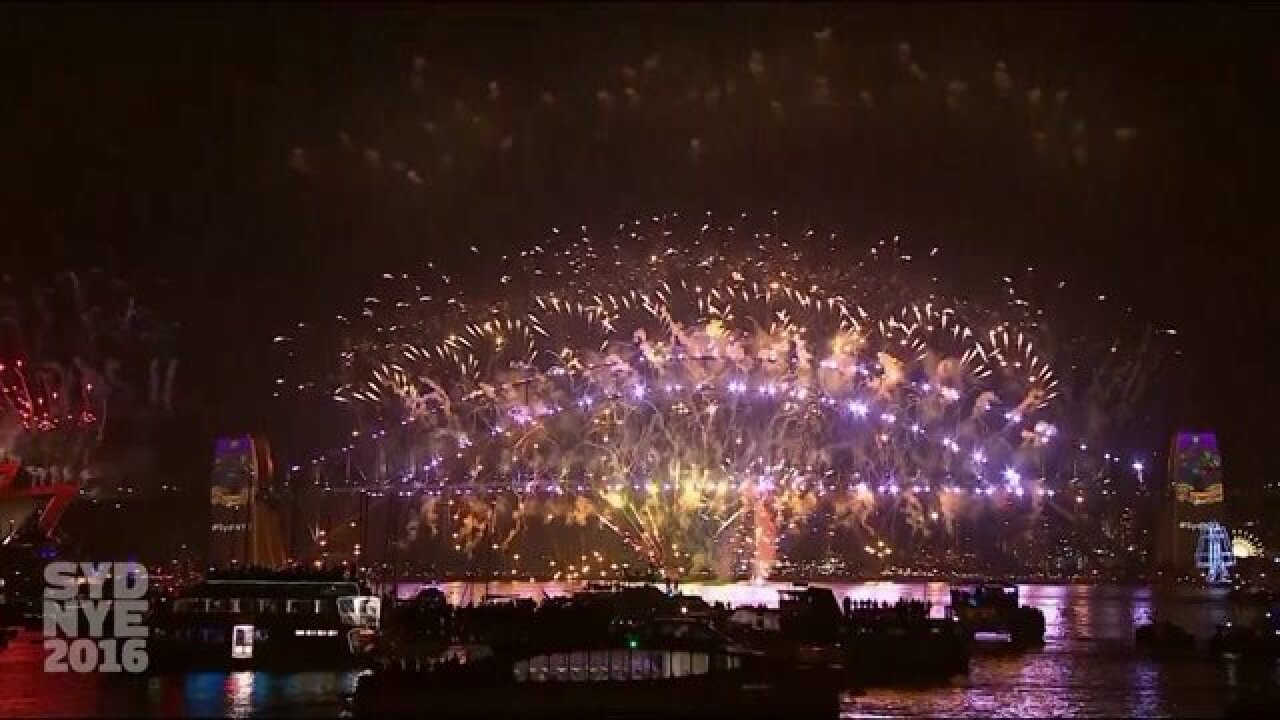 Revelers packed New York's Times Square and cheered the advent of 2017, saying good riddance to 2016 and shouting in jubilation as the iconic ball dropped.

The celebrants -- eagerly turning the page on a year that was a political roller coaster -- caroused, sang, hugged, kissed and danced to standards like "Auld Lang Syne" as they welcomed the Happy New Year.

Amid the merriment, law enforcement in big U.S. cities, aware of a deadly attack early New Year's Day in Turkey, remained vigilant and focused on protecting the gleeful crowds ringing in the New Year.

"We are closely following the developments regarding the night club shooting in #Istanbul #Turkey," the NYPD Counterterrorism Bureau tweeted.

On a day for good cheer, President-elect Donald Trump delivered -- tweeted -- a special end-of-year message to his fellow Americans:

"Happy New Year to all, including to my many enemies and those who have fought me and lost so badly they just don't know what to do. Love!"

In New York's Times Square, Ben Von Klemperer took in the heightened security as the gates opened more than 12 hours before the big celebration.

Mother Nature cooperated -- somewhat -- with temperatures climbing from the high 30s to the low 40s during the afternoon hours.

Many bundled up on cordoned-off streets to claim their positions hours before Gotham's traditional midnight ball drop.

Across the Atlantic, European cities including Berlin, London, Paris and Rome stepped up security ahead of their celebrations, following truck-ramming attacks in 2016 on crowds in Berlin and Nice, France.

In London, tickets sold out for what promised to be a dramatic pyrotechnics display above the River Thames, complete with a concert by singer Robbie Williams.

The New Year's Eve revelry was choreographed according to the world's more than 20 time zones -- some separated by one hour, others by 30 or 45 minutes.

A spectacular firework show highlighted the night for revelers on the famous Copacabana Beach.

Thousands of people in Paris flooded the Champs-Elysées to watch the fireworks at the Arc de Triomphe.

In war-ravaged Syria, where skirmishes and airstrikes threaten a fragile ceasefire, 2017 arrived with the hope of peace.

Fireworks soared above the Kremlin, bathing the Moscow River with splashes of red and yellow light.

At midnight, light streaks erupted above and around the world's tallest building, Burj Khalifa, in Dubai.

In Dhaka, at 1 p.m. Eastern time, people marked the change in the calendar by lighting the traditional fanush, or sky lanterns fashioned from paper and bamboo.

Revelers in Bangkok, about an hour earlier, counted down the seconds to 2017 amid cascading balloons and confetti.

At midnight in Hong Kong, red streaks of light crisscrossed the night sky.

Riley Nolan marveled at the illuminated outlines of the Philippines' financial hub in the city of Makati.

Asimina Tzatha stood with revelers in Tokyo, cheerily dispatching the final 12 seconds of 2016.

In Seoul, Boram Brian Kim took video of fireworks over the bustling streets of the South Korean capital. His favorite memory of 2016, he said, was "traveling in Europe and southeast Asia and getting to meet a lot of new people."

The palm trees and glass high-rises of Brisbane glowed under bursts of light.

In Melbourne, Instagram user Nathanael Campbell captured the magnificent, cacophonous crescendo marking the end of 2016. Still, despite the impressive display, he said: "I think winning my league bowling award in cricket was my highlight for 2016."

And more spectacular fireworks rocketed from the iconic Sydney Harbour Bridge and from barges on the water beneath.

The evening's pyrotechnics, a family display at 9 p.m. and a midnight show, included tributes to Prince -- in the form of a shower of purple rain -- and David Bowie, both of whom died in 2016.

Among the first to celebrate was New Zealand, where flashes of light cut through the skies over Auckland's Sky Tower.

For those who can't wait to see what 2017 holds, a dozen CNN commentators peered into a crystal ball to come up with their best guesses.