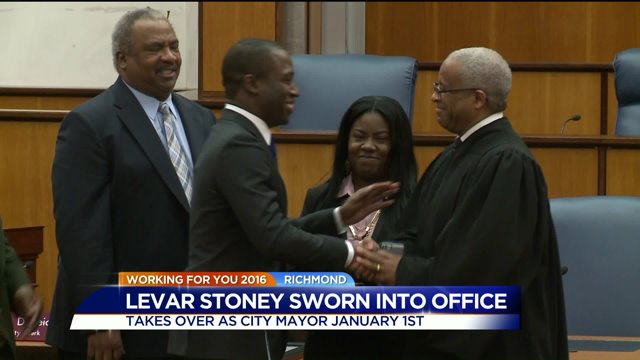 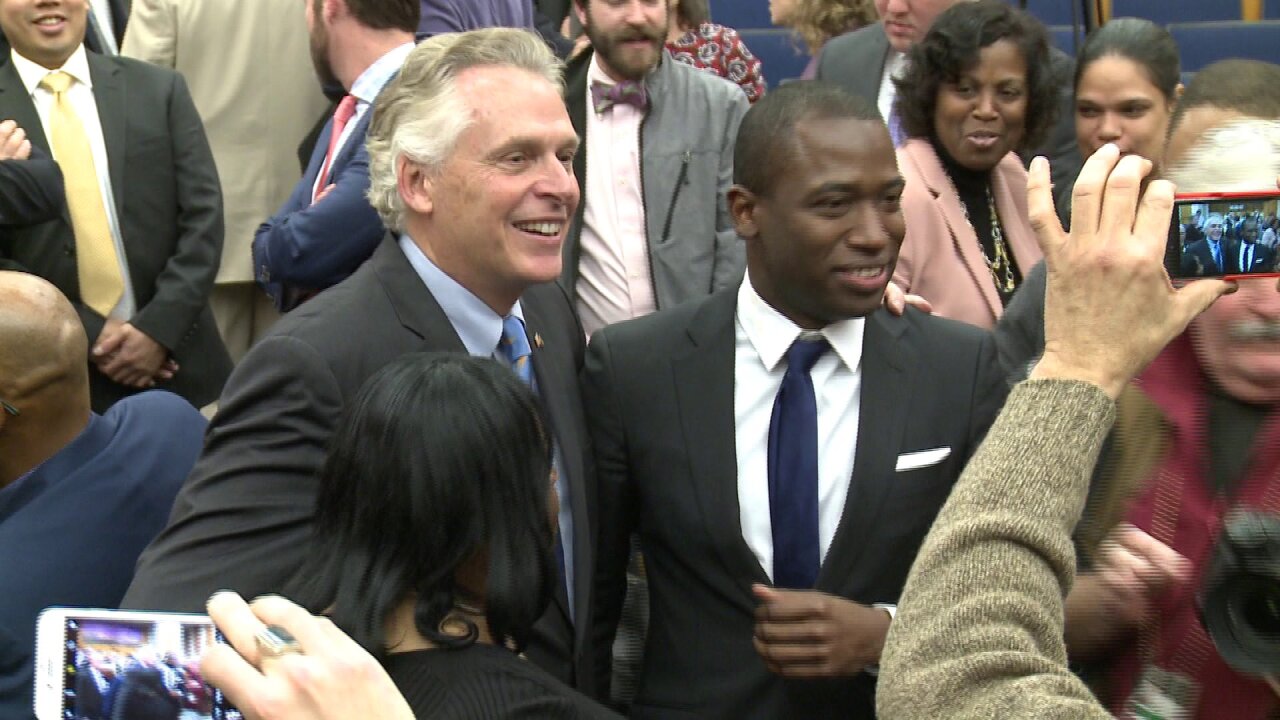 RICHMOND, Va. -- Levar Stoney was legally sworn in as Richmond mayor on New Year's Eve during a private ceremony at city council chambers.

With his hand on his grandmother's bible, Stoney took the oath of office to become mayor.

He becomes the city's 80th and youngest mayor when the 35-year-old formally takes over for Dwight Jones on Sunday.

Stoney talked shortly after the ceremony about why the day was exciting, but bittersweet.

"Today is the day I lost my father about five years ago, but I know he and my grandmother who raised me as well, will be very proud," Stoney said. "I'm just humbly grateful for the opportunity Now its time to get to work."

The candidate won a majority of Richmond's 9 districts in the November election to avoid a runoff and win the mayor's office outright.

A public swearing in ceremony will be held Jan. 14 followed by a community celebration.