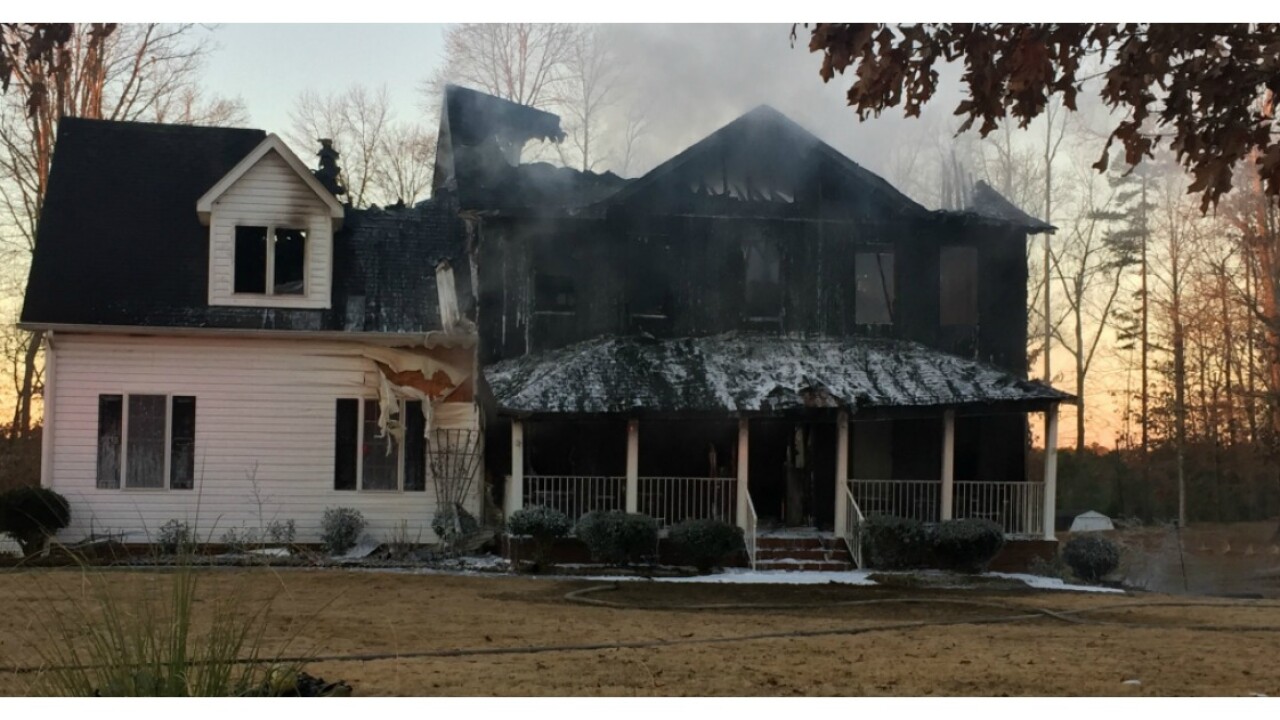 PRINCE GEORGE COUNTY, Va. — A family of four is displaced after a fire ripped through their home in Prince George County early Saturday morning.

Fire and EMS units were dispatched to the 3300 block of Tavern Road shortly before 5 a.m. after the homeowners called 9-1-1 and reported heavy fire coming from the rear of the house as they attempted to extinguish the flames themselves. Units arrived on scene within eight minutes of the call to find heavy fire conditions throughout the house.

All four occupants were accounted for and were able to get out of the house without injury. The Red Cross was notified and responded to help the family with temporary housing.

Officials say that personnel worked vigorously to bring the fire under control and that it appears to have started outside of the residence.

The fire is currently under investigation.