Woman in serious condition, child safe after being found in Dinwiddie 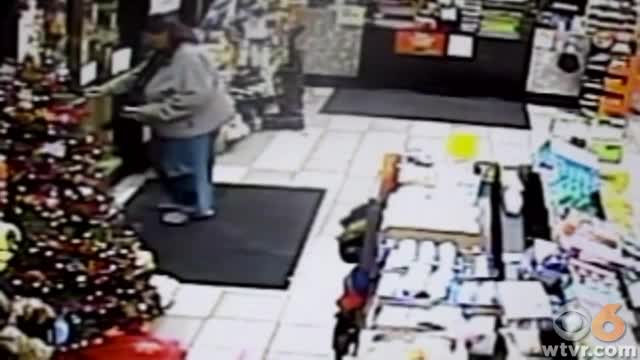 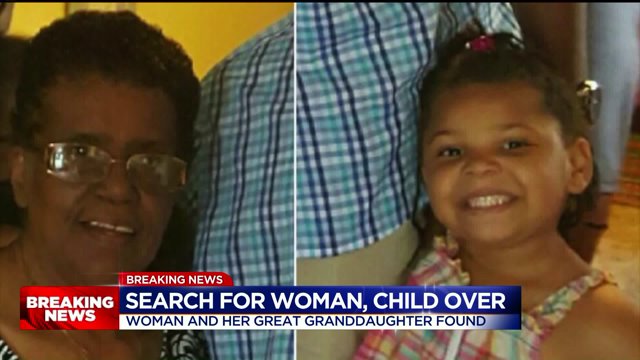 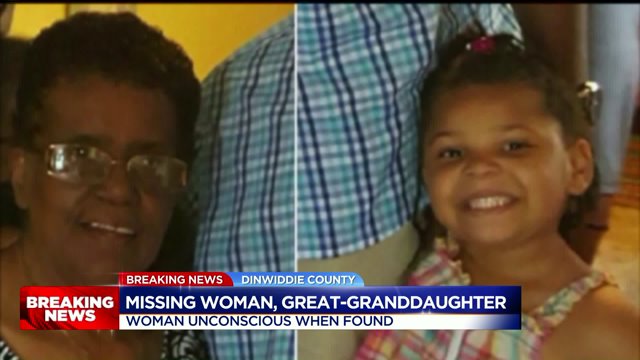 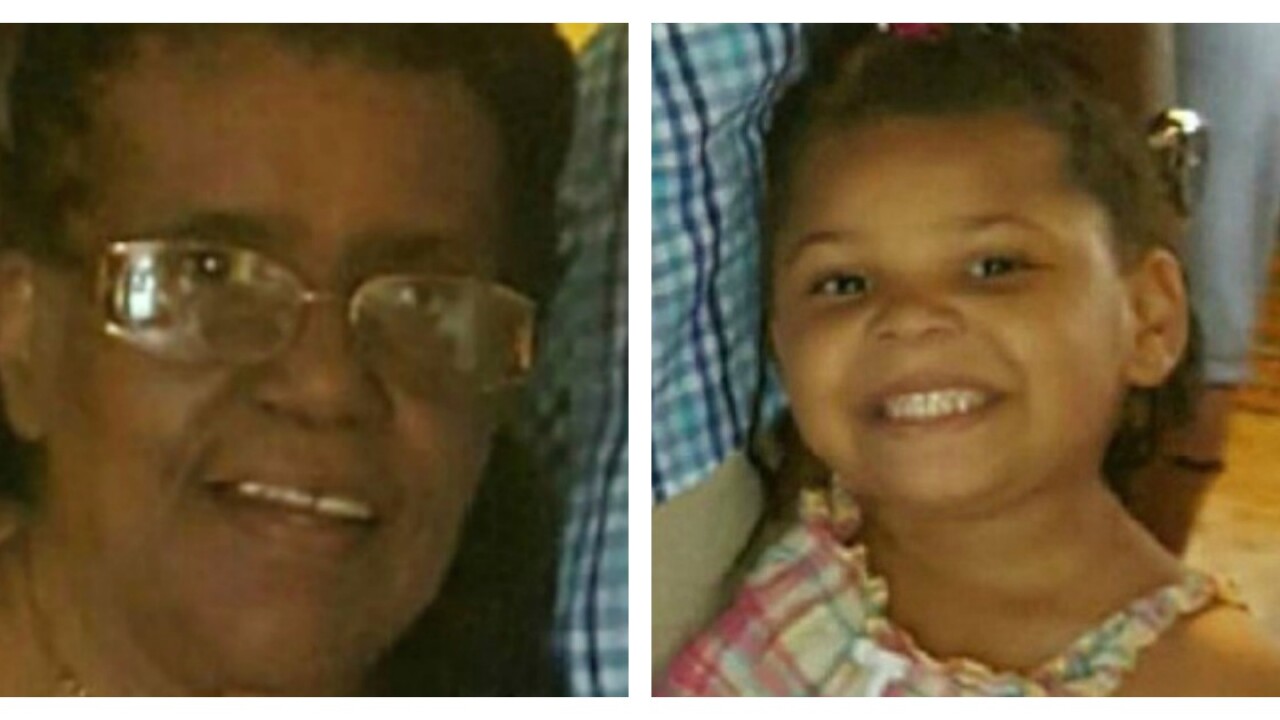 DINWIDDIE COUNTY, Va. -- The search for a missing 71-year-old New Jersey woman and her 5-year-old great-granddaughter, last seen in Caroline County on Christmas Eve, ended after days of frantic searching.

Shortly before 5 p.m. Wednesday, Barbara Briley was found sitting unconscious near a tree about a mile away from the 16000 block of Nash Road, according to Virginia State Police.

Her great-granddaughter, 5-year-old La’Myra Briley, was alert and appeared to be unharmed.

Barbara regained consciousness and was flown to VCU Medical Center by Med-Flight helicopter for treatment. She is in serious condition, officials said.

La’Myra received a medical evaluation at the scene and was released to a family member.

The Dinwiddie County Sheriff’s Office and Virginia State Police were dispatched to the scene after a property owner discovered the pair and contacted authorities.

Barbara and La’Myra were found in a dark, secluded area about seven miles from Interstate 85.

The silver Toyota Rav4 was parked about 1.5 miles off the main road and 45 feet off a dirt path. The couple were found sitting about 50 yards away from the vehicle. 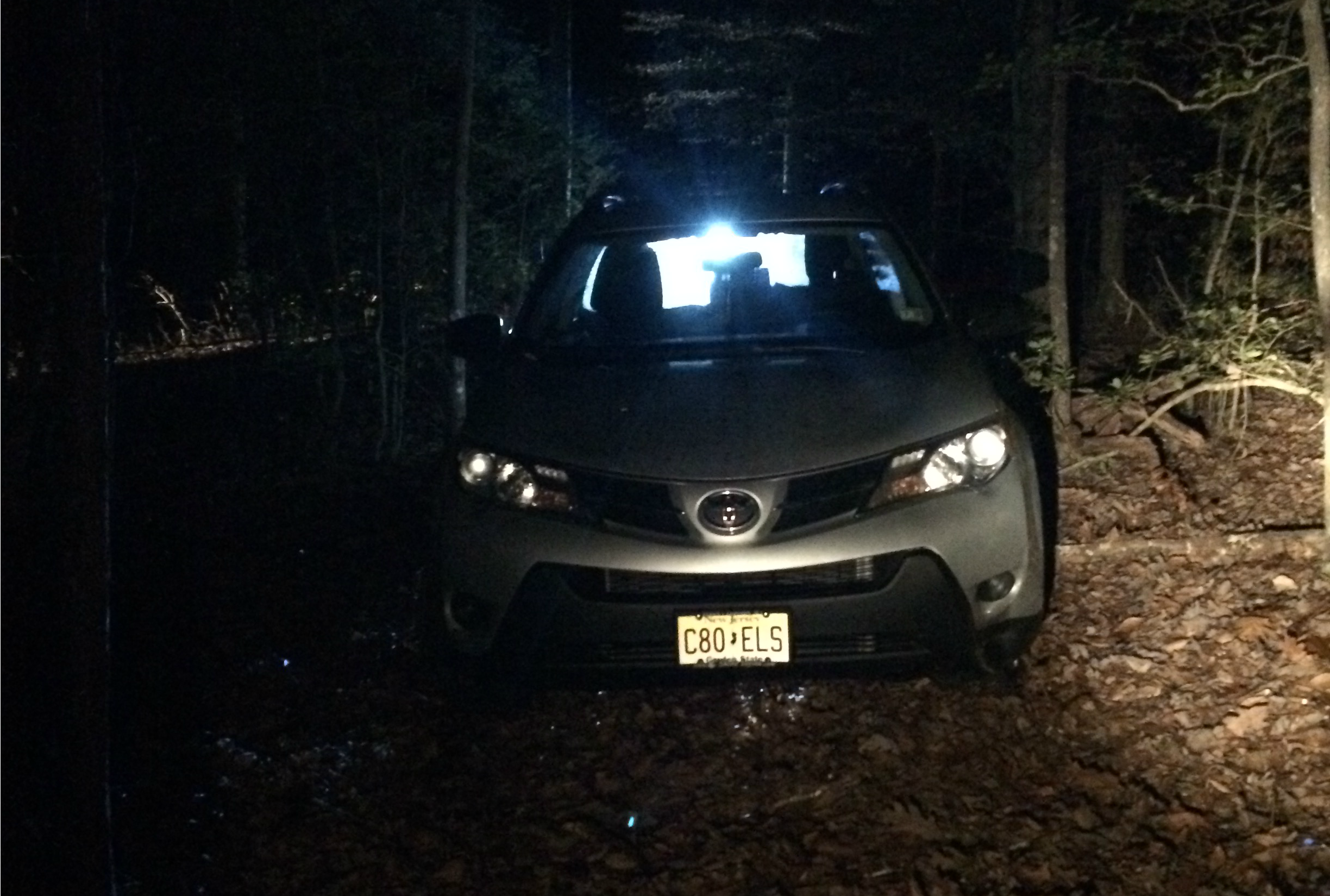 Police believe Briley turned off Nash Road and onto a dirt road, which she followed about three-tenths of a mile before pulling off into the woods. At one point, she drove over a small tree, attempted to back up and the Rav4 got stuck in a remote area of the property.

Based on evidence recovered at the scene, it appears Barbara and La'Myra were there for several days, but were sustained by their snacks.

"Where they were found by the vehicle, they were some juice boxes, some apples, and some other items," said Virginia State Police Sgt. Steve Vick. "It appears they have been eating and drinking several things during that time period."

Officials said they don't suspect foul play in their disappearance.

Stay with CBS 6 News for the latest on this developing story.

N.J. woman and great-granddaughter vanish while driving through Va.

Barbara Briley and her great-granddaughter LaMyra Briley were driving from New Jersey to the town of Morven in Anson County, North Carolina.

Relatives said Barbara last contacted them at 5:30 p.m. on Christmas Eve, when she stopped at an Exxon on Rogers Clark Boulevard in Ruther Glen.

The family was shocked and worried -- as well as perplexed – since Barbara  had driven the route -- around 500 miles -- for over 30 years.

Niece Ginger Bittle told CBS 6 on Monday that Briley is a retired New Jersey Transit driver, comfortable behind the wheel, and that she had no known medical issues.

They also have no family in this area.

This is the exact make car that Barbara Briley was last seen driving.

A clerk in Ruther Glen reported that Barbara  needed help using the map on her phone. Tuesday evening the Caroline County Sheriff's Office released video of Barbara entering and exiting the Exxon store.

But after seeking someone’s help, Barbara still didn’t get too far. According to her son and daughter, she was still stuck in traffic in Caroline County when they spoke around 8 p.m.

She should have arrived by 11 p.m., the family said. When they tried to contact her at 10 p.m., they said the phone went straight to voicemail.

According to multiple police sources, a signal was picked up from Barbara's cell phone around 1:30 Sunday morning, at a tower near I-85 and Route One in Dinwiddie.

Sources said the cell phone was turned off and was not turned back on again.

Investigators said they combed the area between the Dinwiddie airport and the City of Petersburg after the cellphone was detected in the area.

Multiple law enforcement sources told CBS 6 the search for Barbara and La’Myra has extended to the Virginia-North Carolina line.

Those sources said tips after Tuesday's evening news led investigators to Warren County, near the Virginia/North Carolina border off of Interstate 85.

Sgt. Steve Vick with the Virginia State Police told local media that state troopers used a helicopter and hunted for signs of guard rail damage or other evidence that a car may have run off the road as they surveyed along I-85.

Tuesday, the FBI got involved in the search for Barbara and La’Myra Briley continued in multiple states.

Up north, police  investigated the use of Briley’s bank card, used recently at an ATM in Mays Landing, New Jersey, according to Detective Mike Robison of the Hamilton Township (N.J.) Police Department.

Police also worked to obtain surveillance video from several bank locations in the area to see who used the card.

Another hotline tip said that the Briley’s had been in the Dinwiddie area for two days.

Stay with CBS 6 News for the latest on this breaking news.