Kerry: 2-state solution is in jeopardy 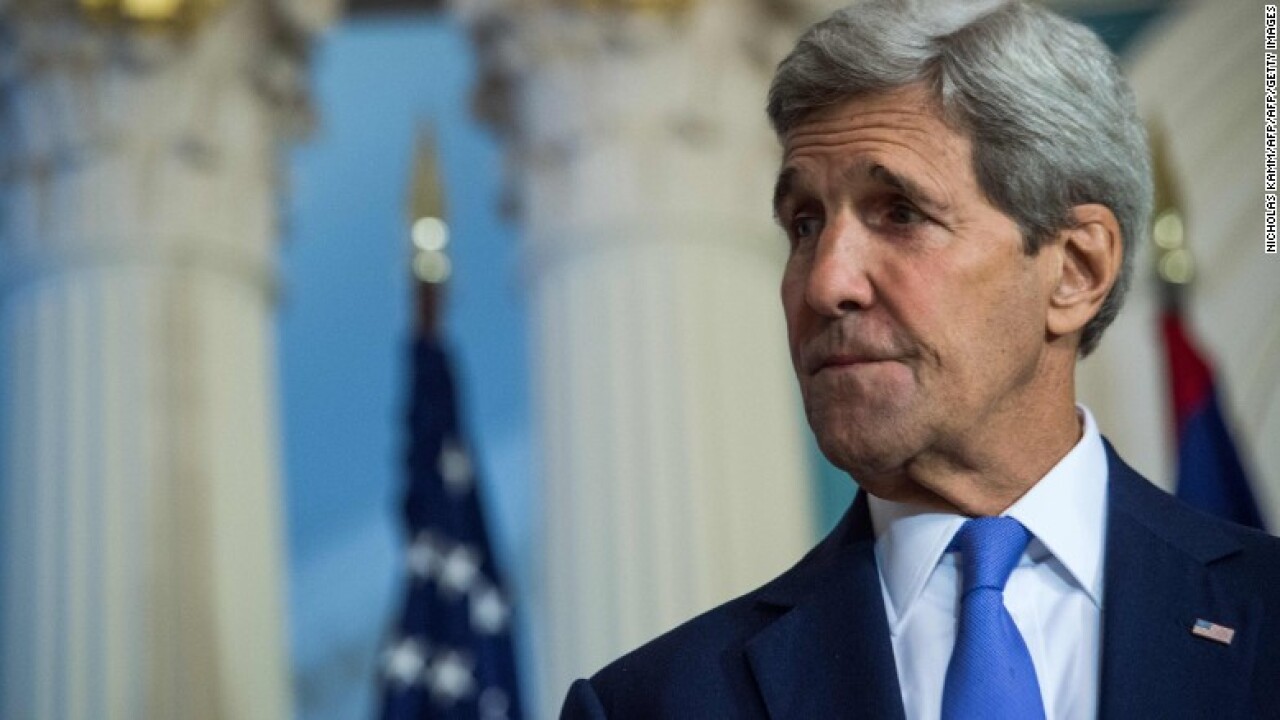 Secretary of State John Kerry on Wednesday began to lay out President Barack Obama’s administration’s vision for Middle East peace, offering a framework for peace between Israelis and Palestinians.

Kerry defended the United States’ decision to abstain — and not veto — a UN resolution condemning Israeli settlements in the West Bank and East Jerusalem as one aimed at “preserving the two state solution” and argued that a two-state solution is “the only way to achieve a just and lasting peace between Israelis and Palestinians.”

“I am also here to share my conviction that there is still a way forward if the responsible parties are willing to act,” Kerry said, opening his speech.

Kerry warned later, “Despite our best efforts over the years, the two-state solution is now in serious jeopardy.”

The outgoing secretary of state’s speech at the State Department comes amid heightened tensions between the US and Israeli administrations over the UN resolution vote.

Kerry defended the administration’s commitment to Israel in his speech.

“No American administration has done more for Israel’s security than Barack Obama’s,” he said. “The Israeli Prime Minister himself has noted our unprecedented military and intelligence cooperation. Our military exercises are more advanced than ever. Our assistance for Iron Dome has saved countless Israeli lives. We have consistently supported Israel’s right to defend itself, by itself, including during actions in Gaza that sparked great controversy.”

The vision Kerry began to lay out on Wednesday, though, is likely to be short-lasting: In less than a month, Kerry and Obama will leave office and President-elect Donald Trump — who has vowed to radically reverse the recent downward trend in US-Israel relations — will take over.

Trump, in his latest breach of presidential transition protocol, weighed in on Twitter Wednesday morning ahead of Kerry’s speech to make that much clear.

“We cannot continue to let Israel be treated with such total disdain and disrespect. They used to have a great friend in the U.S., but not anymore. The beginning of the end was the horrible Iran deal, and now this (U.N.)!” Trump tweeted. “Stay strong Israel, January 20th is fast approaching!”

Israeli Prime Minister Benjamin Netanyahu offered a quick reply to Trump on Twitter, thanking him for his “warm friendship” and “clear-cut support.”

Netanyahu’s government has said in recent days Israel will provide detailed, sensitive information to the incoming Trump administration to bolster their claims that the US played a covert role in pushing passage of the UN Security Council resolution on Israel. The Obama administration has denied any such involvement.

Netanyahu’s outrage, though, has played out publicly. The Israeli prime minister launched a scathing attack on the Obama adminstration on Sunday and summoned the US ambassador to a face to face meeting.

The United States abstained on the resolution, allowing it to pass, rather than vetoing it — as it usually does with resolutions it sees as overly critical of Israel.

Kerry had planned to give the speech last Thursday, when the vote was originally planned. Those plans got scrapped after the proposal’s original sponsor, Egypt, forced a delay for a day.