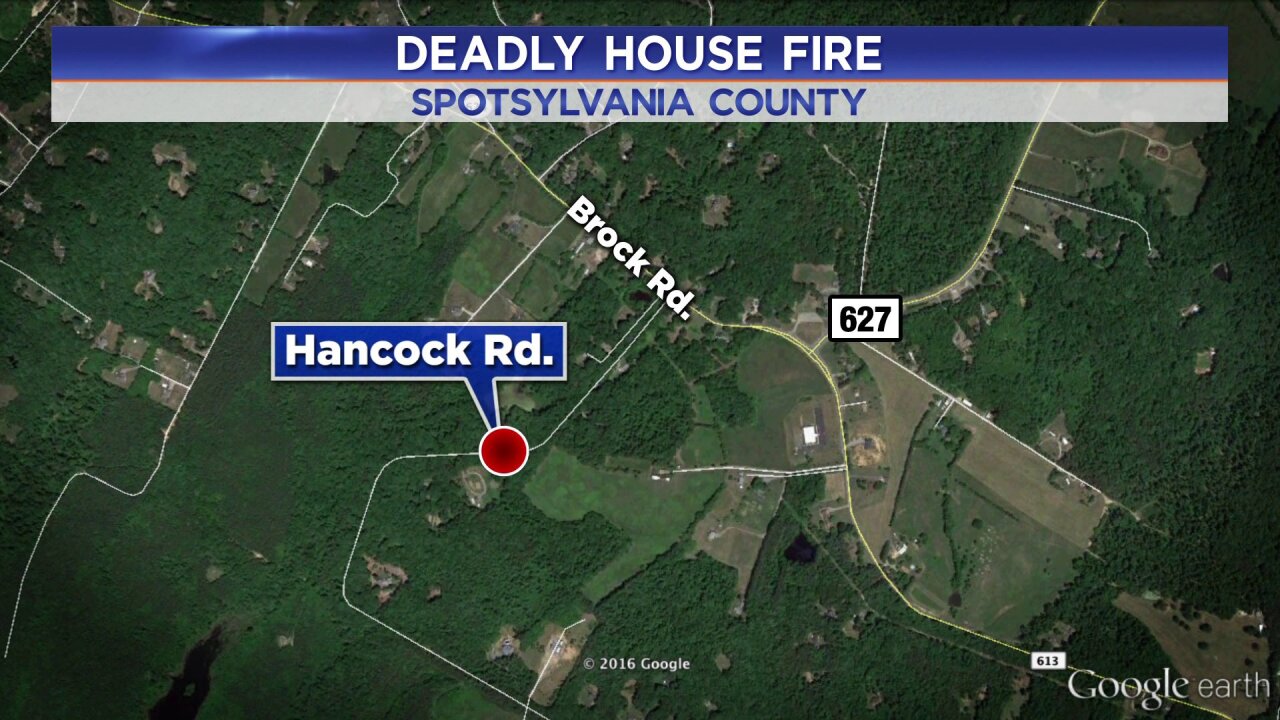 Fire Officials say the fire started around 10:45 a.m. inside the home in the 9000 block of Hancock Rd.

They say a female occupant discovered the house fire and was able to escape with a grandchild and call 911. An elderly man was unaccounted for at the time of the call.

When crews arrived to the scene, firefighters found smoke coming from the house and began a search for the missing man.

Officials say the located the man within minutes and removed him from the home and began advanced life support treatment.

The victim, Charles Glover, 80, was taken to Mary Washington Hospital where he succumbed to his injuries.

The Fire Marshal’s Office has determined to cause of the fire to be an accident related to an electrical wiring malfunction in a bedroom of the home.

Charles Glover’s exact cause of death has not been determined at this time.