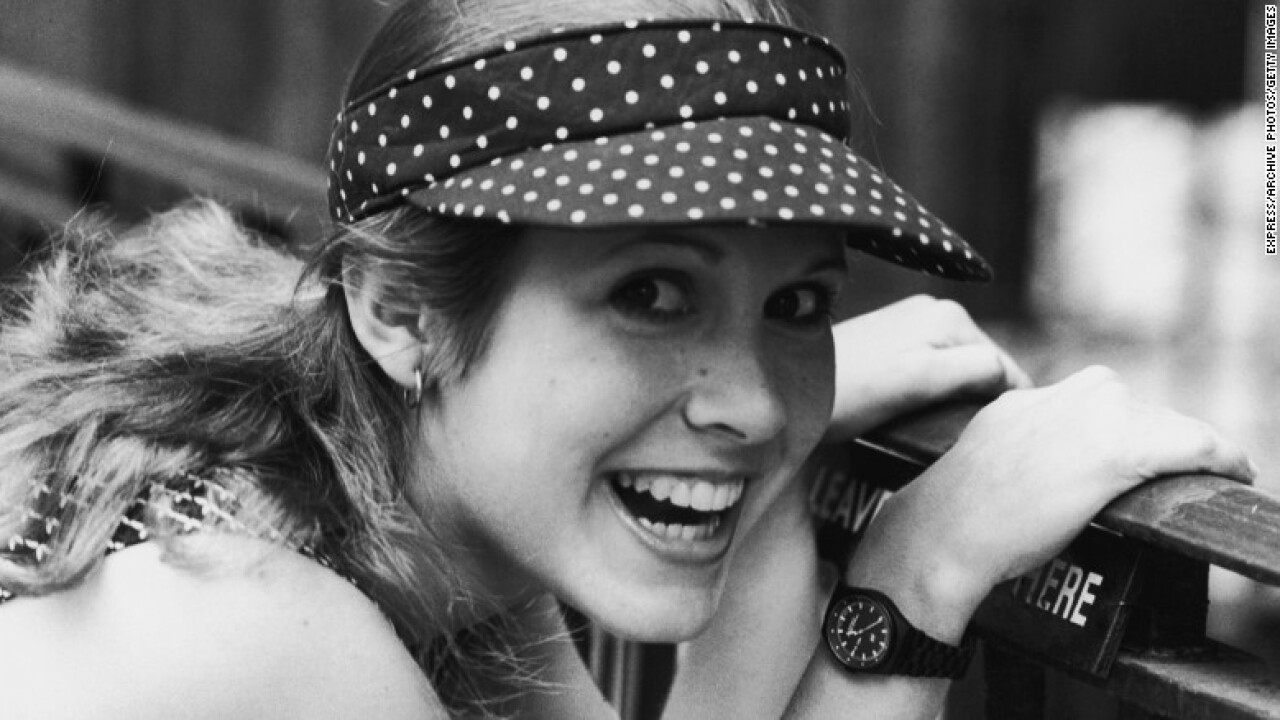 “Star Wars” fans and the entertainment world lost Hollywood royalty when actress Carrie Fisher died on Tuesday. She was 60.

The actress, best known for playing Princess Leia Organa in the massively popular space saga, died four days after suffering a cardiac event on a flight from London.

Fisher’s co-stars and others in Hollywood, joined by legions of heartbroken fans, took to social media Tuesday to pay tribute to a woman who played one of the most iconic roles in movie history, and then went on to achieve much more.

"She was Princess Leia to the world but a special friend to all of us. We will miss her dearly." -Kathleen Kennedy https://t.co/E96OuqnFQL pic.twitter.com/lr0rm0sRxc

I'm deeply saddened to learn of the death of Carrie Fisher. I will miss our banterings. A wonderful talent & light has been extinguished.

A brave lady. On and off screen. May she rest in peace and power. pic.twitter.com/1vfrGtZPnq

Thank you Ms. Fisher, for opening up a world of possibilities, strength and hope for all little girls. Rest. pic.twitter.com/LTpZsGeCR8

Carrie Fisher has passed, she was funnier&smarter than anyone had the right to be. Sail On Silver Girl. Condolences Debbie & Billie
R.I.P.

"Carrie Fisher was one-of-a-kind, a true character who shared her talent and her truth with us all…" —Bob Iger https://t.co/tJDSD5TwRk pic.twitter.com/kwzsCsXKdc

Some of Fisher’s “Star Wars” co-stars, like Anthony Daniels, who plays the droid C-3PO, and Billy Dee Williams, who played Lando Calrissian, went online to share their sadness over the loss.

I thought I had got what I wanted under the tree. I didn't. In spite of so many thoughts and prayers from so many. I am very, very sad.

I'm deeply saddened at the news of Carrie's passing. She was a dear friend, whom I greatly respected and admired. The force is dark today!

There are no words for this loss. Carrie was the brightest light in every room she entered. I will miss her dearly. pic.twitter.com/GgIeYGeMt9

I am extremely sad to learn of Carrie's passing. She was wonderful to work with. Condolences to her friends, family & fans around the world. pic.twitter.com/DGRYQYPZgO

Mark Hamill, who plays Luke Skywalker, tweeted a photo of Fisher and added, “no words.”

Dan Aykroyd, who starred alongside Fisher in “The Blues Brothers,” said that his “Blues Sister” was “beautiful, brilliant, funny, wise, kind, and generous.”

"Our beautiful brilliant funny wise kind and generous Blues Sister -so ironic – Xmas was Carrie's favorite thing next to babies."

Beyond the galaxy far, far away, Fisher was also a script doctor on movies such as “The Wedding Singer” and “Sister Act,” and people remembered her for that as well.

How many gigantic movie stars like Carrie Fisher also turn out to be truly gifted writers? Not many. She was special…

Others paid tribute to Fisher by noting that she was an advocate for mental health and saying that her true legacy was her openness about her struggles with addiction and bipolar disorder.

Easiest reference point on Carrie Fisher is Princess Leia. But she wrote a poignant story about addiction and staring down demons.

Carrie Fisher didn't just have an iconic role. She inspired millions who struggle with mental illness and addiction. That was her power.

First time I heard the term "bipolar disorder," it was from the mouth of Carrie Fisher. For this fellow sufferer, she was a guiding light.