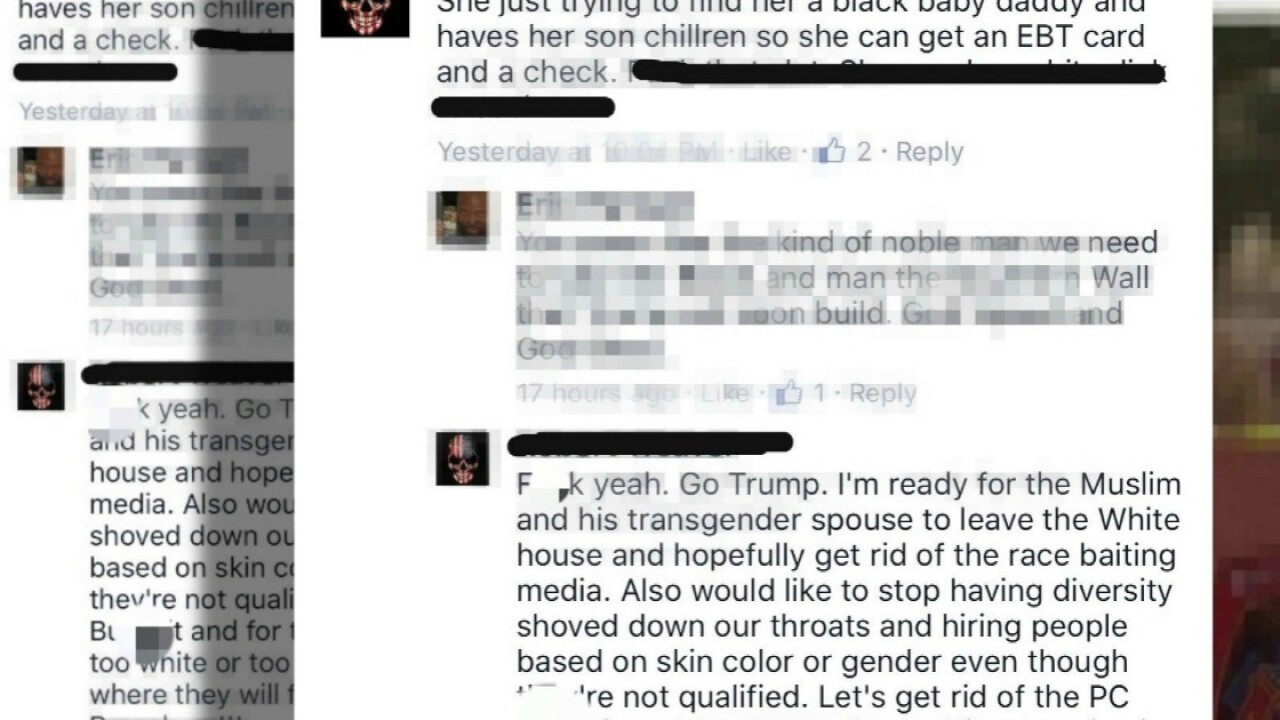 HENRICO COUNTY, Va. – A Henrico firefighter was suspended without pay as Human Resources investigated if inflammatory social media posts were made from the employee’s account.

The Henrico Division of Fire confirmed the matter was under investigation, and deferred to Paula Reid, Director of Human Resources for comment.

Reid provided the name of the firefighter suspended, but CBS 6 will not publish his name until the department’s investigation determines the account is his.

The profile, which was removed within 12 hours of a letter sent to Henrico Fire Chief Anthony E. McDowell, contained messages perceived by the sender as “racist, misogynistic, Islamophobic and transphobic.”

“His postings are outrageously offensive and reflect very poorly on your department and the county of Henrico,” wrote the tipster, who did not respond to an interview request by time of publishing.

“She just trying to find her a black baby daddy and haves her son chillren so she can get an EBT card and a check.”

"F*** yeah. Go Trump. I'm ready for the Muslim and his transgender spouse to leave the White house and hopefully get rid of the race baiting media. Also would like to stop having diversity shoved down our throats and hiring people based on skin color or gender even though they're not qualified. Let's get rid of the PC Bullshit and for those who feel like America is too white or too Christian, let them move where they will feel better about themselves. Preach on!!!"

A copy of Henrico County’s social media policy shared by the Human Resources department indicated county employees have some freedom of expression on private social media accounts, as long as the comments do not impair professional relationships.

“Employees are free to express themselves as private citizens on social media sites to the degree that their content does not impair professional relationships in the workplace, impede the performance of their job duties or negatively affect the public perception of Henrico County. Employees may not utilize social media in a manner which could lead the reader to believe such postings represent the official position of Henrico County.”