Republican governor strips office of power before Democrat takes over 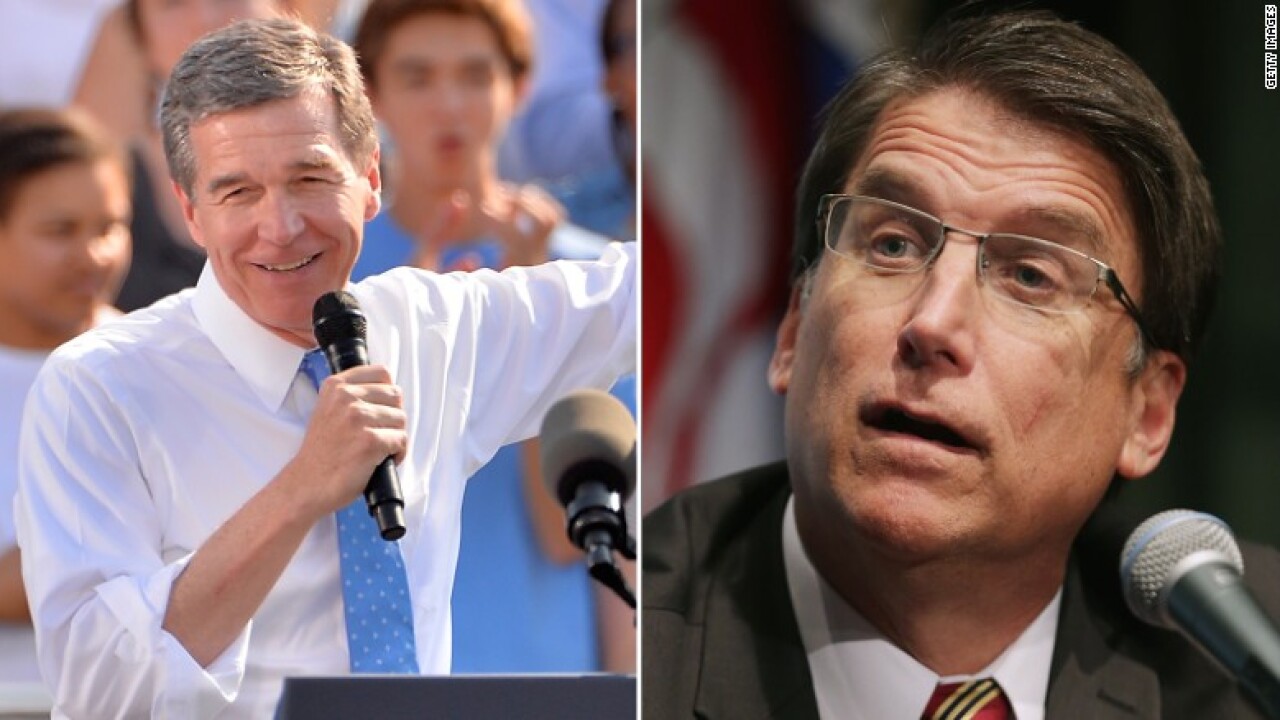 RALEIGH — In 2014, the North Carolina General Assembly passed a series of laws to create a series of new state agencies. Republican Gov. Pat McCrory deemed the move to be a power grab launched by his own party. So he did the only thing he could think of to protect his office: Sue the legislature.

“I have too much respect for North Carolina’s constitution to allow the growing encroachment of the legislative branch into the responsibilities the people of North Carolina have vested in the executive branch,” he said at the time.

This month the Republican-controlled statehouse passed two pieces of legislation that stripped duties from the governor so that the power of his successor, Democratic Attorney General Roy Cooper, would be curtailed.

Skirting the criticism, McCrory said in a statement Monday the laws were “hardly extreme changes” intended to fix a “broken election process” and “enhance” education policies. But the laws shift power toward Republicans, either by increasing their influence on boards, or taking away key appointments from the Democratic governor-elect. Progressive Democrats have blasted the legislation as a “power grab” that is unconstitutional. Legal challenges are likely to follow.

“Once more, the courts will have to clean up the mess the legislature made, but it won’t stop us from moving North Carolina forward,” Cooper said in a statement.

The following are some of the ways Cooper’s role as governor would differ from his predecessor, along with their potential implications for the highest office in the Tar Heel state.

Before the laws: Typically, the victor has gotten the spoils of the election board. When McCrory won office, he earned the right to appoint three of the state election board’s five members. North Carolina also has a local election board for each of its 100 counties. All of the county boards have three members. McCrory could pick two while Democrats filled the remaining spot.

After the laws: There will now be eight members on the state election board. Cooper will appoint four board members. Republicans will pick the other four. In each county, Cooper gets his choice of two board members, as do Republicans.

What this means: No longer are governors guaranteed control of election boards. With this change, Republicans found a way to retain power they came close to losing with McCrory’s forthcoming departure. While splitting board members may seem balanced, a quick look at the new rule pushed by Republican lawmakers for the state board’s chairman suggests otherwise. Democrats will pick the chair in odd-numbered years; Republicans will lead in the even-numbered ones. The latter, of course, is when the most important elections take place.

Before the laws: North Carolina voters elect the state’s supreme court justices. On ballots, voters had seen candidates for those positions without their party affiliation next to their name. They couldn’t simply check a box for another Republican or Democrat down-ballot.

After the laws: In the future, elections for the state’s supreme court justices will be partisan. So the next time North Carolinians vote for one of the state’s top judges, they’ll know whether the candidate is a Republic or a Democrat.

What this means: Republican politicians had a fantastic year throughout the nation. But in North Carolina, though, there were key losses for the party that included Cooper’s win and a surprise shift toward Democratic control of the state’s supreme court. In down-ballot races in North Carolina, though, Republicans still often hold their advantage, and placing more “R’s” on the ballot likely won’t hurt their cause.

Before the laws: McCrory could appoint a total of up to 66 trustees to the boards of 17 University of North Carolina-system schools. These trustees are responsible for making decisions regarding a university’s mission, strategy, and finances. They’re a key part of McCrory’s influence over thousands of teachers, researchers and students.

After the laws: Cooper will be stripped of all those same appointments — leaving him with zero.

What this means: The legislature’s decision to take away those appointees to more than a dozen university boards will weaken Cooper’s influence on North Carolina’s higher education policy. But it’s not the only way they’re limiting who the governor can affect particular offices. They also removed Cooper’s ability to tap members for the state’s Charter School Advisory Board. In addition, the North Carolina Senate will be required to confirm all of the governor-elect’s cabinet secretary appointments.

That’s unprecedented oversight. Larry Hall, North Carolina’s House Minority Leader, blasted the decision as one that sought “to nullify the vote of the people for governor.” It’s worth noting, as Republicans did, that Democrats basically invented the practice decades ago.

Before the laws: McCrory had the ability to appoint 1,500 people to “exempt” positions. These kinds of positions allow the governor to hire or fire employees at will. These employees could work in the governor’s office or other agencies like the state’s health and transportation departments.

After the laws: Cooper would only be able to appoint 425 people to “exempt” positions.

What this means: Prior to McCrory’s term, his predecessor, former Democratic Governor Bev Perdue, had only 400 exemption positions on hand. The decision is seen as an effort to limit Cooper’s power.