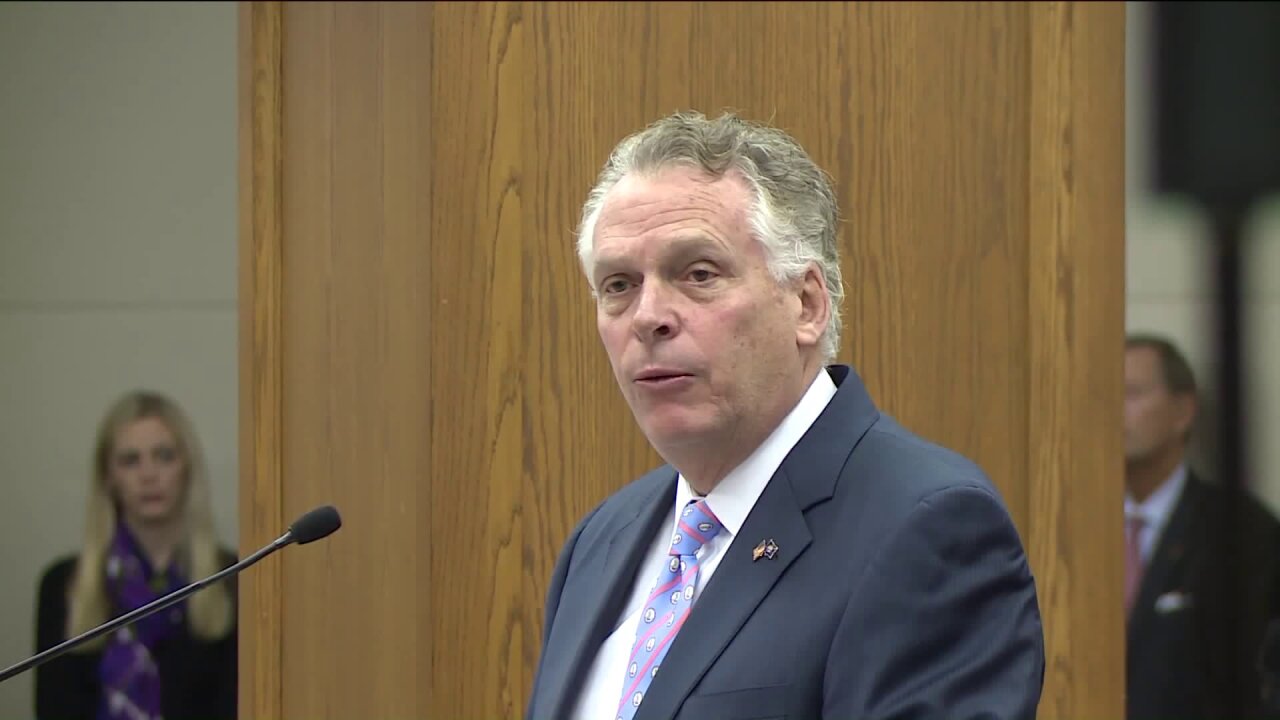 RICHMOND, Va. — Virginia Governor Terry McAuliffe did not include Medicaid expansion in the proposed budget amendments that he submitted before the Joint Money Committees on Friday.

The governor said that the fiscally prudent path, given the current uncertain political climate, would be to not assume Medicaid expansion:

Closing the coverage gap would honor our moral responsibility to help the 400,000 Virginians for whom we have already paid to receive health care. I have included Medicaid expansion in one form or another in every budget I have submitted to you, because the Affordable Care Act is the law of our nation and nearly 3 dozen of our competitor states are reaping benefits that we have so far left on the table.

That being said, I recognize that we currently face a great deal of uncertainty at the national level as a result of the recent election.

Consequently, as we wait for this uncertainty to be resolved, I have taken the fiscally prudent path. The budget before you does not assume a Medicaid expansion, but gives the Governor authority to expand if an enhanced federal match is the policy of our nation after October 1, 2017.

While I could have included an additional $213 million in general fund savings by assuming a straight expansion of Medicaid, I recognize that we should not budget those savings until we have greater certainty about the future of the Affordable Care Act.

Some have argued that the ACA will be repealed outright and that 20 million people will lose their coverage as a result.

I maintain that when the partisan rhetoric subsides, we will still have some form of enhanced Medicaid coverage, even if it is wrapped in a new package.

With this language, if the ACA is repealed or Medicaid expansion is removed from the law, nothing will change in Virginia.

However, if President Trump and a Republican congress do affirm the policy of Medicaid expansion in some form, the language I am presenting will give the Governor the authority to act quickly to bring our taxpayer dollars back to offer lifesaving care to Virginians who need it.

The spending plan I am submitting for your consideration is balanced, fiscally conservative and in-keeping with our Commonwealth’s long tradition of financial prudence. It closes our revenue shortfall while investing in strategic priorities that will contribute to our ongoing economic growth.

The governor’s entire address is below.