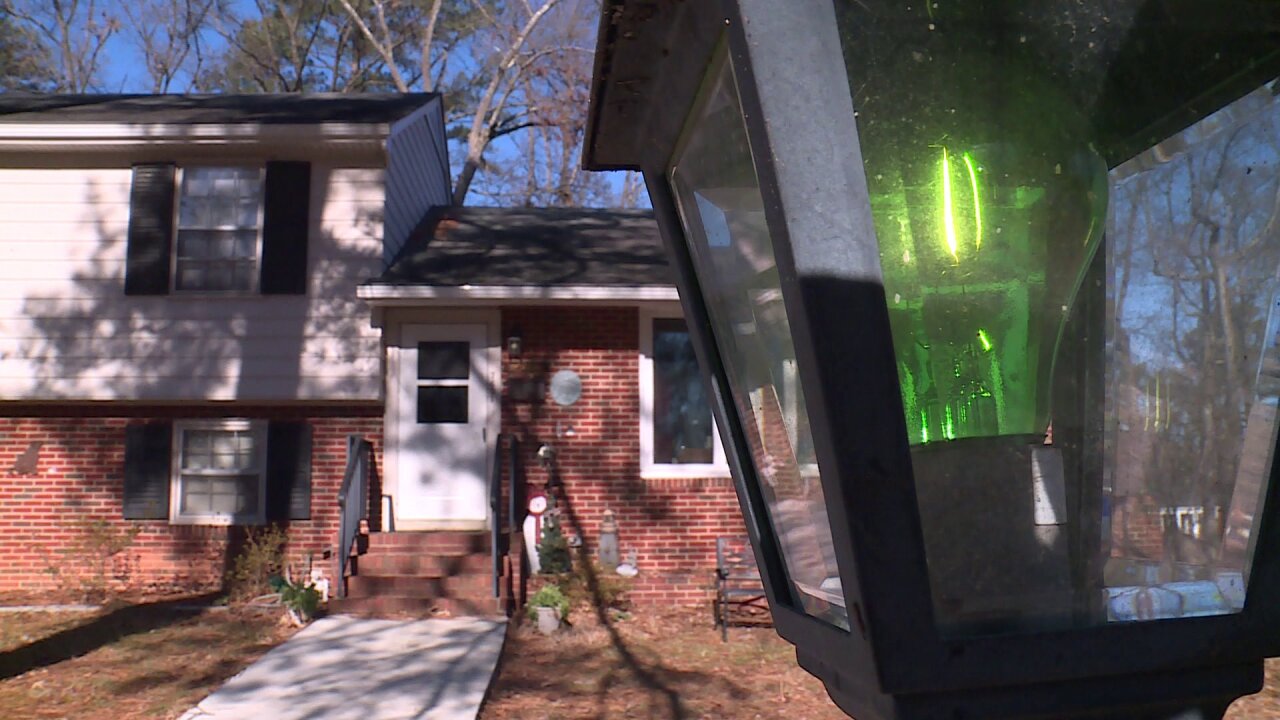 HENRICO, Va. — One family says a real-life Grinch stole Christmas lights from outside their home.

“This family and Christmas, there’s a really big link to what they mean to me,” says David Seiler of Henrico.

That’s because back in 2004, David who was seven years old at the time, now 19, was adopted by the Seiler family.

“My first Christmas here, I had never knew [sic] what Christmas was and was surprised that learn how much Christmas could mean to somebody,” says David.

“My mom and my brother help put up the tree and I’m the ornaments director,” says David.

The Seilers decorate their house inside and out, but earlier this week, the LED multicolor stake lights they use were stolen.

Christmas is a big deal to this family

“When the lights are on they go through that window and illuminate the ceiling and it’s really cool,” says David.

His dad suffers from a knee problem and his mom is recovering from hand surgery.  That’s why they opted for the stake lights this year as opposed the lights they usually put around the house themselves.

So to the person or persons who committed the crime, the Seilers have a message that they’ve hung on their tree that reads:

“To the Grinch who stole our Christmas lights from the Seilers, you forgot the boxes and extension cord. Merry Christmas you filthy animal!”

Despite being a victim of a crime David says his family’s holiday spirit will continue.

“It’s a big deal in this house because it’s been a tradition. Just cause the lights are missing doesn’t mean our Christmas is ruined so to speak,” says Seiler.

David says that his parents have decided not to replace the lights out of fear they will be stolen again.