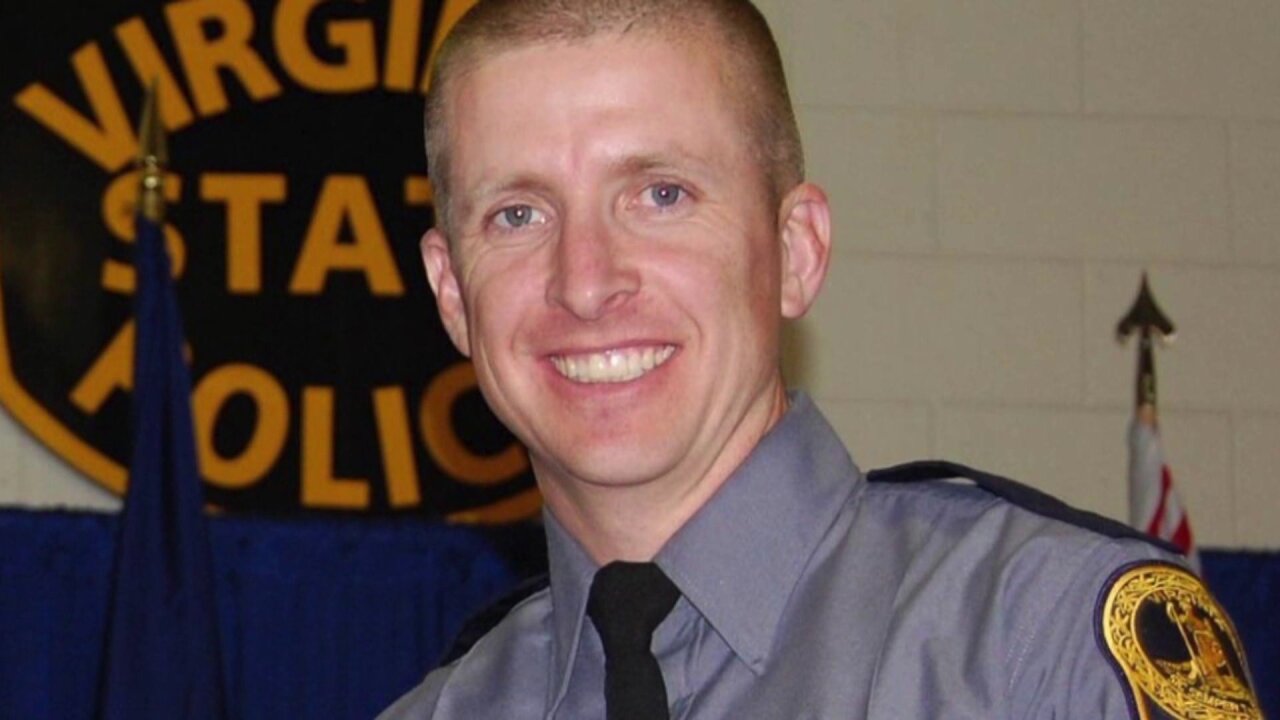 John Dermyer wanted to express his gratitude to law enforcement in his native Kansas City, so he contacted Lamar Outdoor Advertising to ask about buying a billboard message.

Lamar then offered to put up four digital billboards for free.

It then decided to extend the message to Virginia where John Dermyer’s son Chad lived and worked.

“I can’t say enough good about my son, to be honest,” John Dermyer told KMBC.

The Dermyer family would like to thank you for what you do every day. In loving memory of Virginia State Trooper Chad Phillip Dermyer, End of Watch, March 31, 2016.

The message first appeared on billboards Thursday, December 15 and will run through Christmas Day.

Trooper Dermyer was shot and killed in the line of duty on March 31 by a man he approached during a training exercise at the Richmond Greyhound bus station.