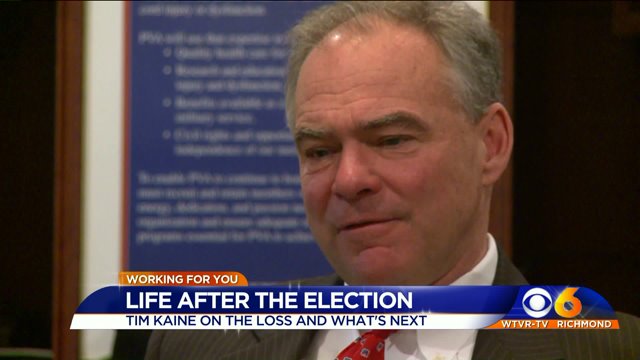 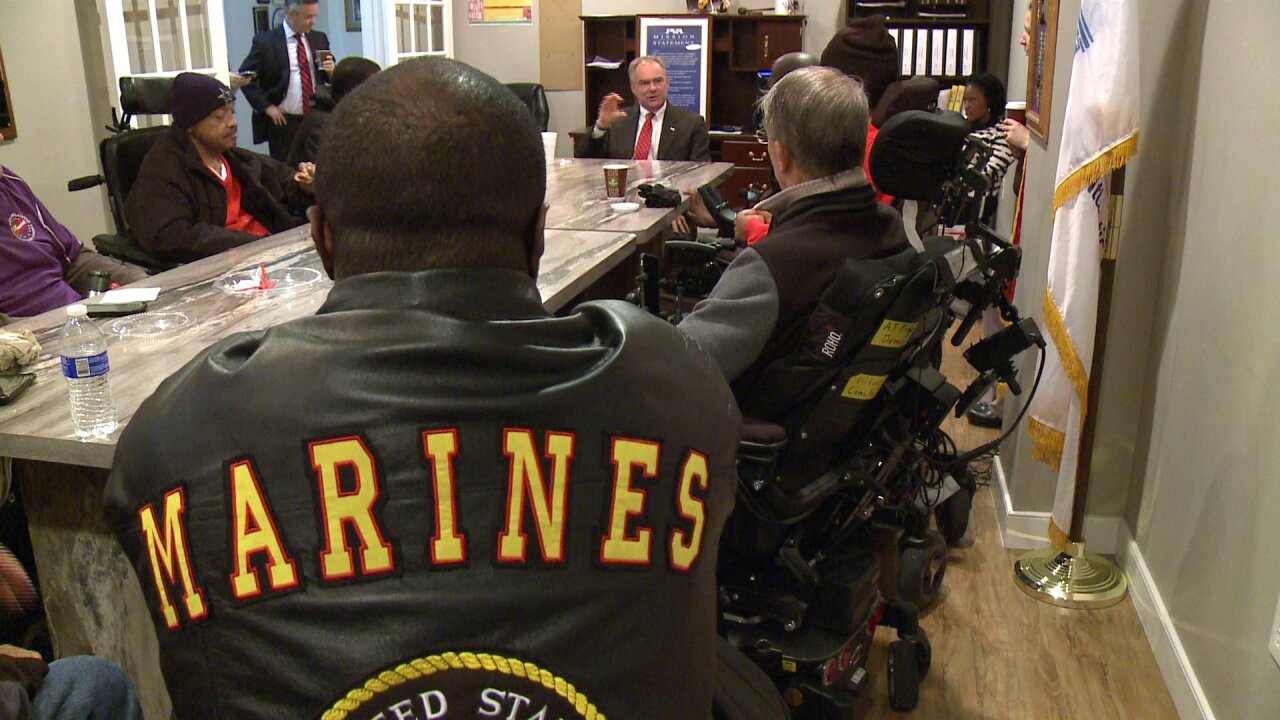 Kaine, the Democratic Vice Presidential nominee and a current member of the Senate Foreign Relations committee, spoke to CBS 6 for the first time since he and Hillary Clinton lost the race to the White House.

Kaine spent Monday morning with a group of paralyzed veterans, speaking over coffee and pastries about how congressional leaders can improve veteran care in Virginia.  The setting was a far cry from the campaign rallies in front of thousands that Kaine was hosting just one month ago.

"This is normally what I do. It's what I've done since I was a city councilmen and a mayor, sit down with groups of people and say, 'Okay, how can I better represent you?'" Kaine said.

The Senator told the group he was disappointed by the election results, but that getting back to work in Washington helped heal any lingering wounds left by the loss.

"If he were to say, 'I don't think it will amount to something' that's one thing, but he's basically saying don't even do the investigation," Kaine said.  "As a president, he should want the electoral system to be secure, have an integrity to it, and not be hacked."

President-elect Trump has said he thinks findings by the C.I.A. and other agencies are "ridiculous" and that Democrats may be trying to relitigate the results of the election.

Kaine said he expects to play "defense" against Republican efforts to repel and replace the Affordable Care Act, known as Obamacare, but added that he is hopeful to work with the new administration and congressional Republicans on infrastructure improvement, among other items.

Kaine promised to focus his efforts on improving veterans care in Virginia and bringing 21st century job training to the Commonwealth.