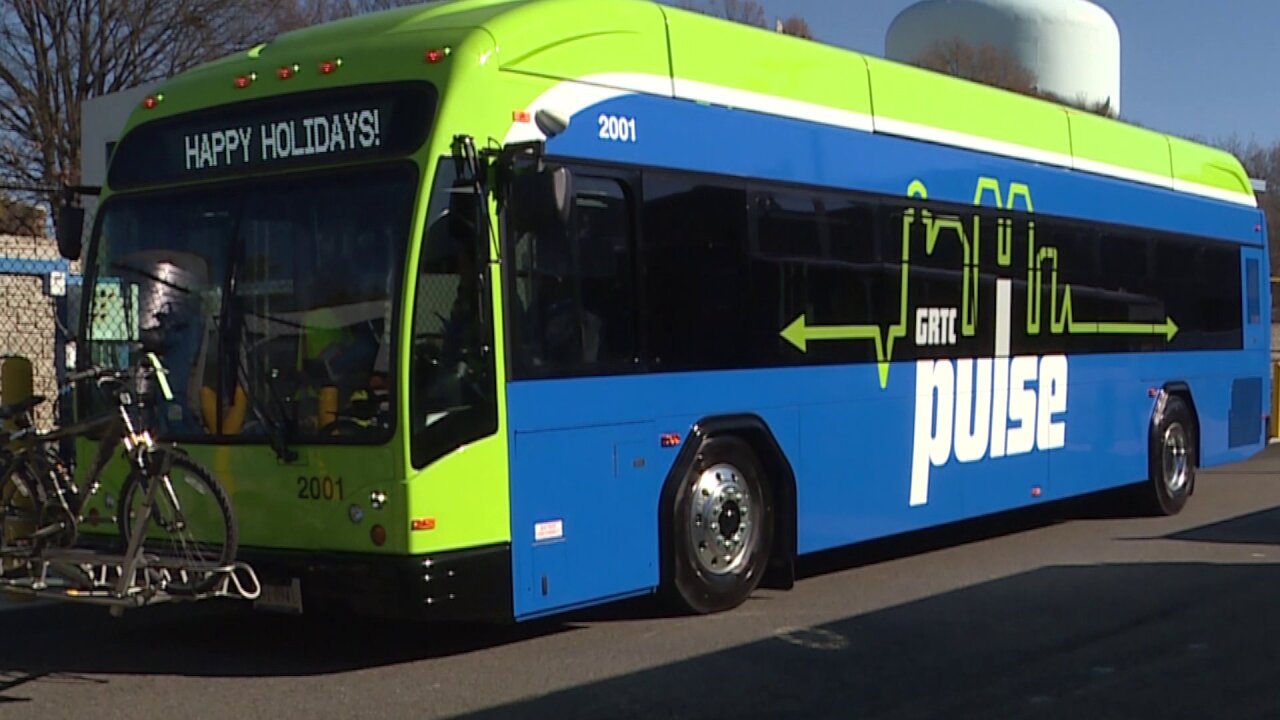 RICHMOND, Va. -- GRTC offered a sneak peak of the buses for the city's new high-speed bus route along Broad Street and part of Main Street in Richmond next year.

Ten new 40-foot buses will serve the Pulse Rapid Transit Route, a 7.6-mile stretch between Rocketts Landing and Willow Lawn. Among its many features is that it's eco-friendly and runs on compressed natural gas.

"This has 38 seats as well as rooms for 15 standees -- meaning people standing up holding as they ride. We have better bike capacities, o we can hold up to three bikes on the front of the bus as opposed to two, which is great," GRTC Director of Communications Carrie Rose Pace said.

Sara Cealey, who rides the bus daily, is excited about the upgrades.

"I'm just glad that they're making it more efficient and you get there faster," she said. "You know they're going to be express buses."

What makes that possible is through Transit Signal Priority. The buses will be communicating with the traffic lights.

"The traffic signals know where the buses are at all times. If they can hear a ping, and tell the bus they're coming and wait for me, then it'll hold the light green long enough to get that bus through," Pace said.

Debbie Anchors, who rides the bus about twice a week, thinks that will be a plus for Pulse.

"I think that it will ease the ride for the folks that go from here all the way downtown without as many stops," Anchors said.

It is an important benefit for its 3,500 daily riders who also have to brave the elements.

You could see the GRTC Pulse testing the new route as early as August 2017. GRTC Pulse expected start of operation is slated for October 2017.