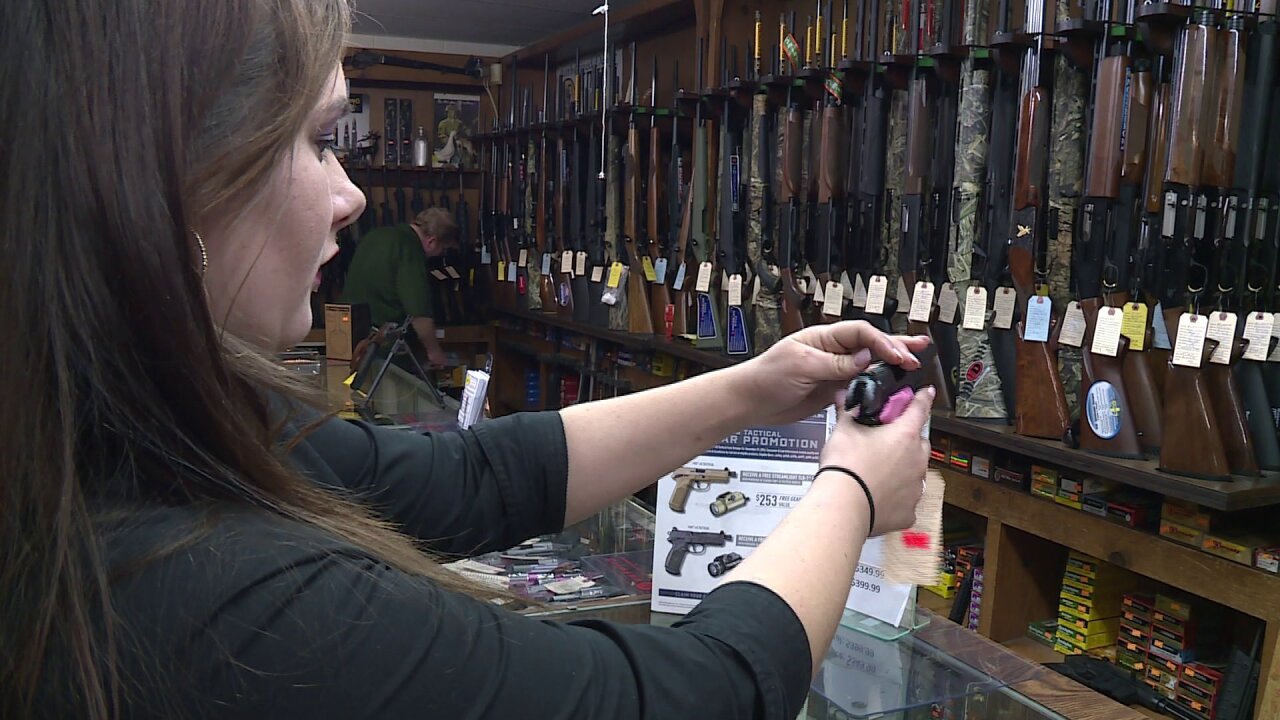 RICHMOND, Va. -- The number of people purchasing guns has gone up this year, and you may be surprised who one gun retailer said are buying the most firearms.

"No one is going to get back up if they attack me and that's really the idea behind this," Allison Mascilak said.

She is a gun enthusiast who is looking to purchase a gun for protection.

Gun sales are on the rise. In fact, according to federal background checks the FBI has already processed, over 24.7 million guns have been sold through November 2016. That is 160,000 more checks than the yearly record set in 2015.

Bob Moates Sports Shop in Midlothian has seen a huge spike in sales with women.

"For first time gun buyers women represent about sixty percent now, and this is every age," said David Hancock, a manager at Bob Moates.

First time customer Tina Paliotti explained why she made a purchase for her family.

Here in the Commonwealth, while the Virginia State Police Firearms Transaction Center doesn't break down background checks in categories of sex or race, they've received 53,400 checks from federally licensed gun dealers across the state in November. That is the largest total this year.

"November, December are historically about the fact that it's hunting season and it's Christmas-time gift giving. So that's really the biggest reasons,” Hancock explained.

Hancock also said customers are getting smarter about purchasing guns.

Paliotti has been doing her research to make sure she finds a gun that she feels secure carrying.