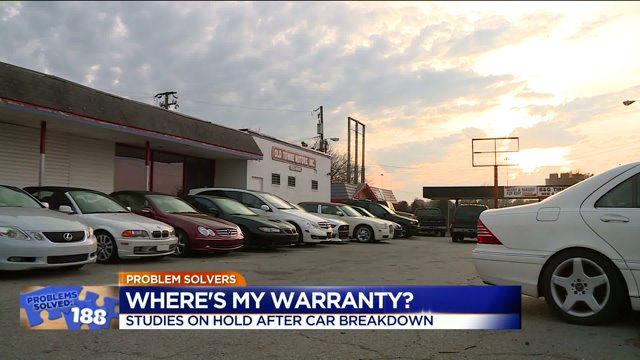 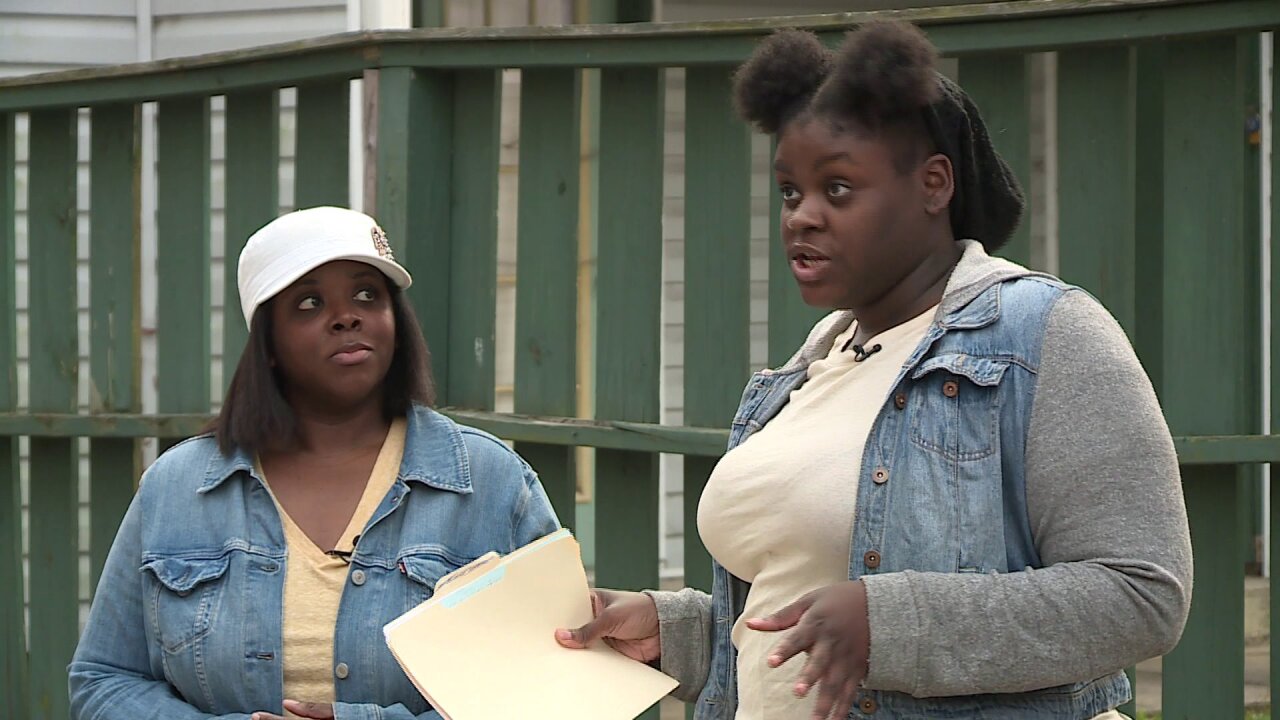 PETERSBURG, Va. -- A nursing student tells CBS 6 Problem Solvers that car trouble is putting her studies on hold. She says she recently bought a used car and when it broke down the warranty company told her they didn't have to fix it.

"I was just shocked! Because I paid for it and I couldn't understand what happened," said Tamia Walker.

Tamia said she purchased the extended warranty, but was told it wouldn't be honored because the warranty company didn't have the documents.

Back in September, Tamia bought a 2008 Kia Rio "AS IS" for $4500, along with a three month, 4500 mile extended warranty from Old Towne Motors in Petersburg.

After a short period of driving the vehicle around, Tamia began to experience problems.

"It started breaking down and shutting off in the middle of traffic about three weeks into me having the car at the end of October, the car completely shut down," she said.

She then called the warranty company to make a claim, but they had no records of the vehicle, and advised her to contact the dealership. After several attempts this is what Tamia's mother said she was told:

"He was like I looked through the records and I forgot. I forgot to send in the payment and the paperwork," said Rashell Walker.

We went to Old Towne Motors to speak with the owner, but he was not there at the time we paid a visit. However after leaving messages, and speaking to the owner off camera, he disputed her claim.

But then the dealership contacted Walker and picked up her vehicle to be repaired.

"He was trying to make it seem like he was going to get it done and I'm like I'm happy you feel this way now," said Rashell.

Walker spoke with the owner of Old Towne Motors on Tuesday and was told the vehicle should be serviced soon.

CBS 6 Problem Solvers tried to verify the status with owner, but received no response when we left a message. We also checked with the Better Business Bureau, and Old Towne Motors is not accredited.