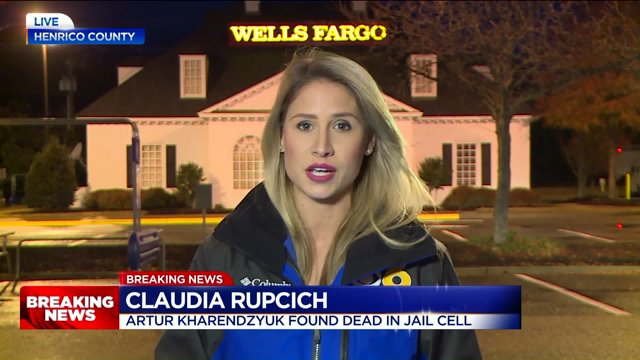 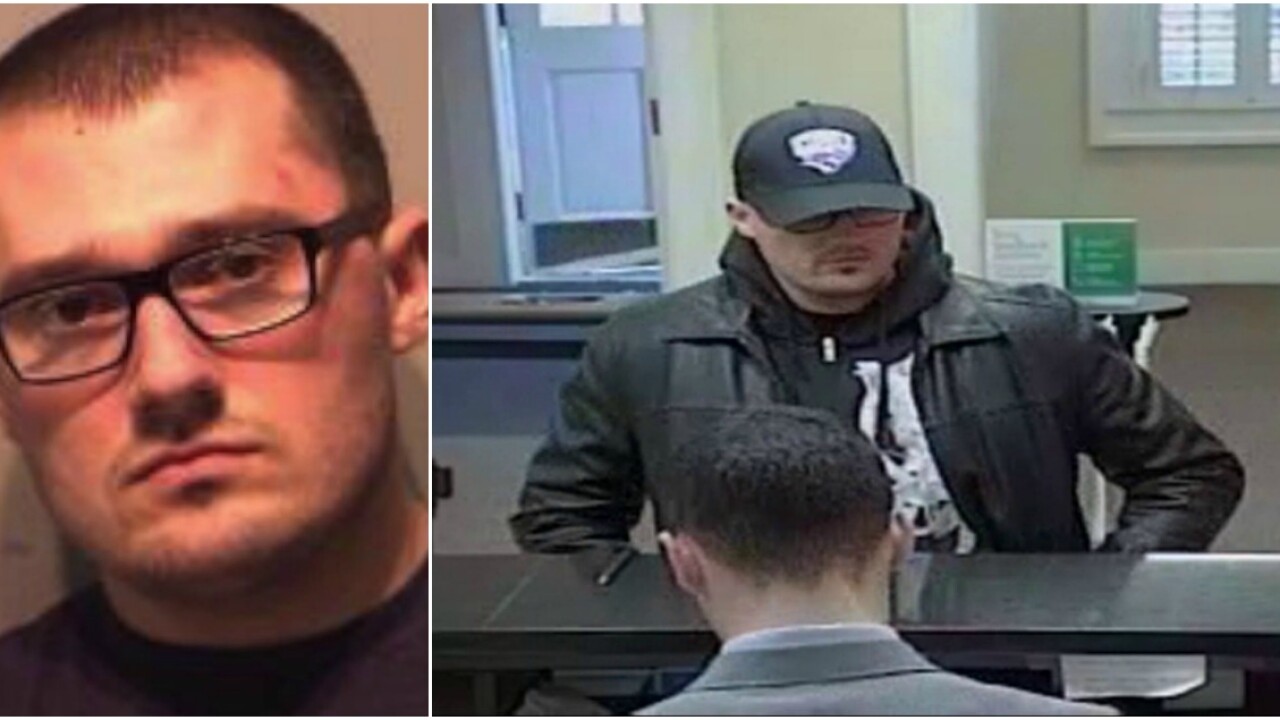 "At approximately 6:46 p.m. on November 28, 2016, staff discovered a make inmate in his cell. The individual was unresponsive from an apparent suicide," Sgt. Mill said. "Staff called a medical emergency and made efforts to resuscitate the individual."

"Riverside Regional Jail has initiated an internal investigation into the matter as required by policy," Mills said. "The Office of the Medical Examiner will determine the official cause of death."

Kharendzuyk, 25, was in police custody after being accused of robbing six banks located in Henrico, Hanover, Colonial Heights, and Petersburg. He was also wanted for the murder of his one-year-old son in Newport News. Police there had an arrest warrant for him charging him with second-degree murder.

Kharendzuyk was just arraigned in Petersburg General District Court Monday in connection with a felony charge for using a firearm during a Petersburg robbery.

He is believed to be responsible for several Central Virginia bank robberies:

The FBI was offering a $10,000 reward for information leading to the arrest and conviction of the “Soul-Patch Bandit.”

Arthur Kharendzyuk's wife was pregnant and in the military when she shot him during a 2015 domestic dispute, according to a plea agreement obtained by CBS 6 News.

Kharendzyuk's wife, Hannah Bergee, was charged with malicious wounding after she shot him in the chest at their Norfolk home in February 2015, according to court documents.

She was convicted in September.

According to Bergee's plea agreement, the couple "began to have marital problems over issues of trust and [Kharendzyuk's] belief that the defendant was being unfaithful."

Both were members of the United States Army when they married in October 2014.

Kharendzyuk was kneeling putting his clothes away in his overnight bag preparing to leave their apartment when Bergee pulled out a gun and pointed it at his head.

Kharendzyuk was rushed to a nearby hospital where he sustained permanent disability of his right arm resulting in a medical discharge from the Army.