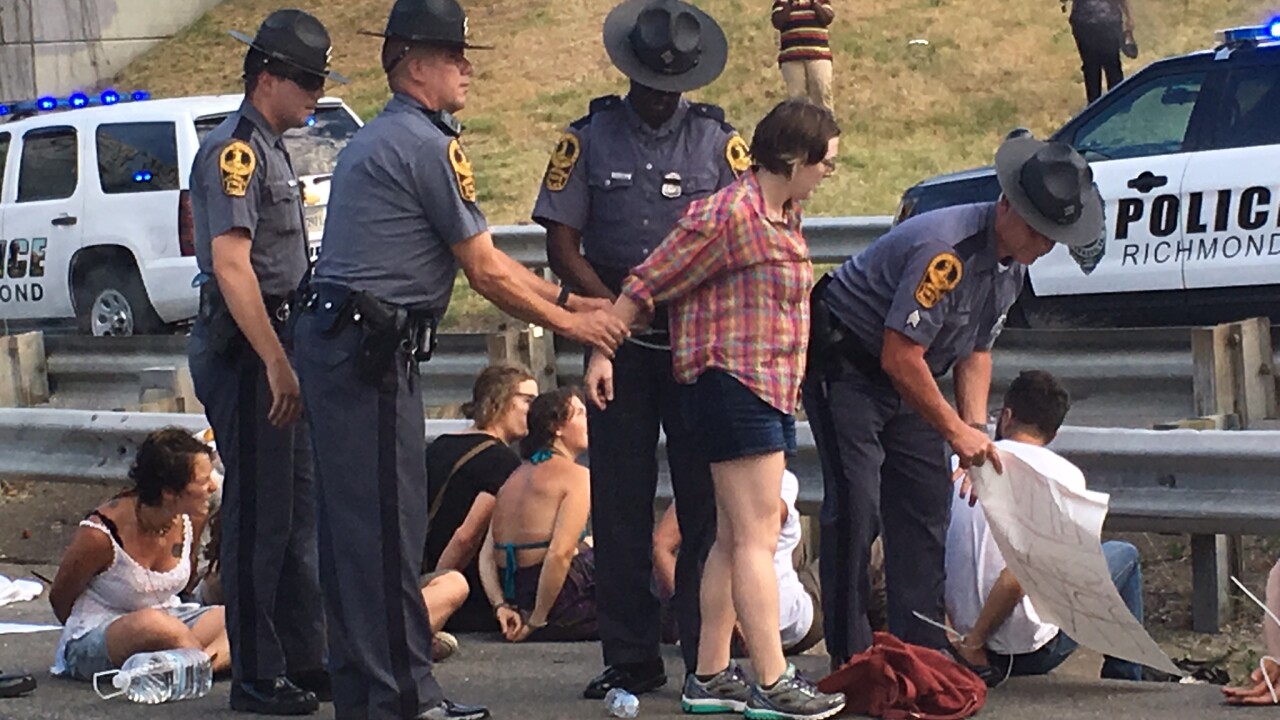 RICHMOND, Va. – Thirteen Black Lives Matter protesters were sentenced Monday to five days in jail for illegally blocking traffic on Interstate 95 in Richmond during a rush hour protest on July 18.

The protesters were originally charged with being pedestrians on a highway and for impeding the flow of traffic in relation to the protest.

As a part of the plea agreement, all 13 protesters pleaded guilty to impeding the flow of traffic. The charge of being pedestrians on a highway were dropped.

On July 18, the incident began when protesters began walking into the southbound lanes of Interstate 95 at Exit 75 at approximately 5:45 p.m. Protester were yelling, “Black lives matters” and “No justice, no peace, no racist police.”

The protesters were standing in the middle of southbound lanes blocking traffic for miles, causing the interstate to briefly shut down.

State Police said they made contact with the protest coordinators and notified them that being on the interstate was an unlawful assembly and advised them to leave.

A total of 13 were arrested and transported to the City of Richmond Jail.

Of the 13 protesters convicted, only one is from Richmond and a total of six are from Virginia: