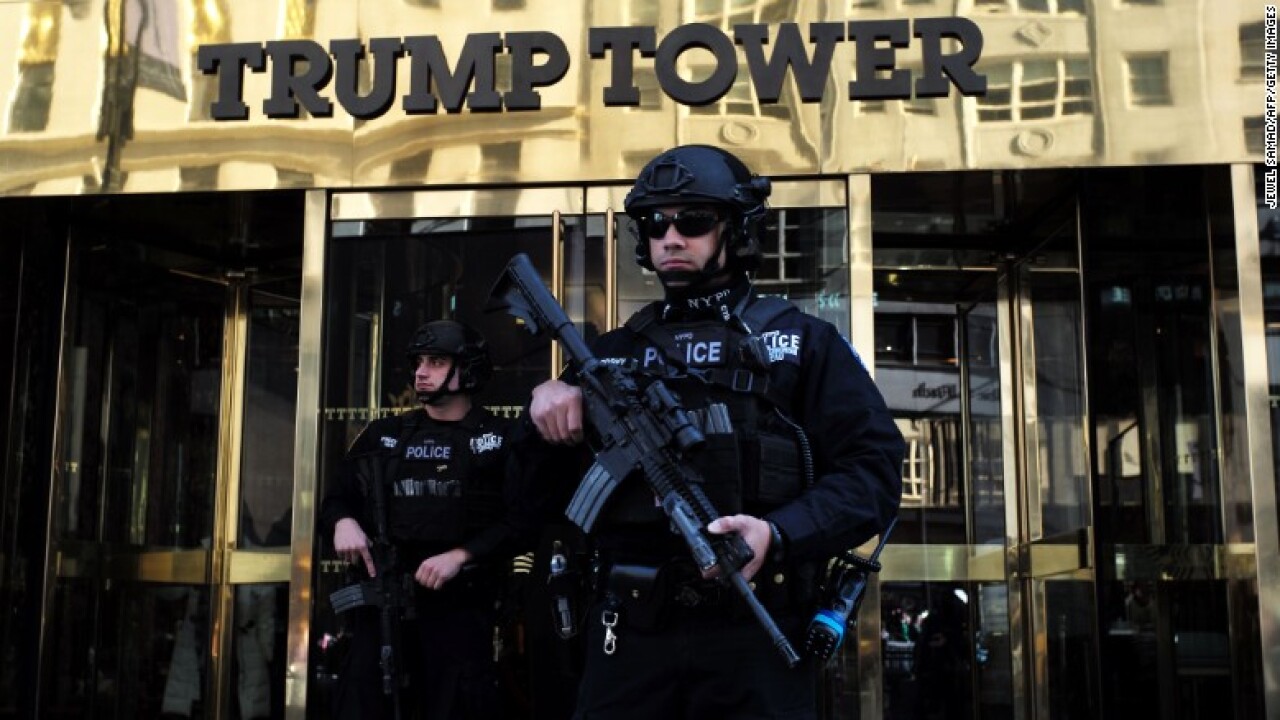 The US Secret Service is considering renting one floor in Trump Tower to protect President-elect Donald Trump and his family by turning it into a 24-7 command post, a law enforcement official told CNN Friday.

According to Jared Horowitz, who is with Newmark Grubb Knight Frank and responsible for available commercial space at Trump Tower, the floors available to rent with the average floor office space running between 13,500 square feet to 15,500 square feet cost about $1.5 million a year.

The law enforcement official says the current plans for security at Trump Tower would differ if the future first family were living at the White House full time and Trump’s wife Melania and their son Barron were not staying behind in New York City through the Spring.

Once the Trumps live at the White House full time the USSS will have to reassess what kind of a security presence will be needed at Trump Tower, depending on how often Trump and his family return to New York City.

The official says this kind of planning is typical for the Secret Service after every election but “what is unordinary is that the President Elect lives on 5th Avenue.”

What is also unprecedented is that the building is owned by the Trump Corporation so the USSS would be renting the space from Trump’s company for protecting him and his family.

The official said a lot of details still need to be ironed out and the security plan is “evolving every day.” As of now, this official adds more than 100 USSS personnel would be needed for the 24-7 shifts to protect the future First Family.

New York City Police Department would also be a part of the security detail, mostly being used to secure the streets around the building. A separate law enforcement official said the number of NYPD cops protecting Trump Tower could grow to 300 at a cost of about $1 million a day. The official saying a separate command might be needed just to focus on security for the future President.

Ron Kessler, an expert on the US Secret Service, says it is “standard for the Secret Service to have these kinds of costs.” It’s a practice that he says goes back at least to Richard Nixon administration.

And he says that in the end it may actually “save the government money” because without renting space agents working to protect the President-elect could be staying in hotels. By renting at Trump Tower they can live in the building during the Trump presidency.

Kessler says he is not sure who negotiates the real estate contracts but that Government’s General Services Administration could be involved.

Kessler says VP Joe Biden has a habit if traveling back and forth between Washington and Wilmington, Delaware, several times a week, which has increased costs of his protection.

The USSS declined to comment on security precautions being taken for Trump and his family. The New York Post first reported that the USSS was eying two floors at Trump Tower to provide security for the President-elect and his family.