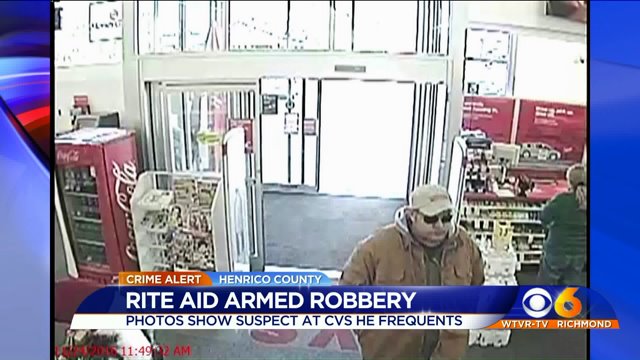 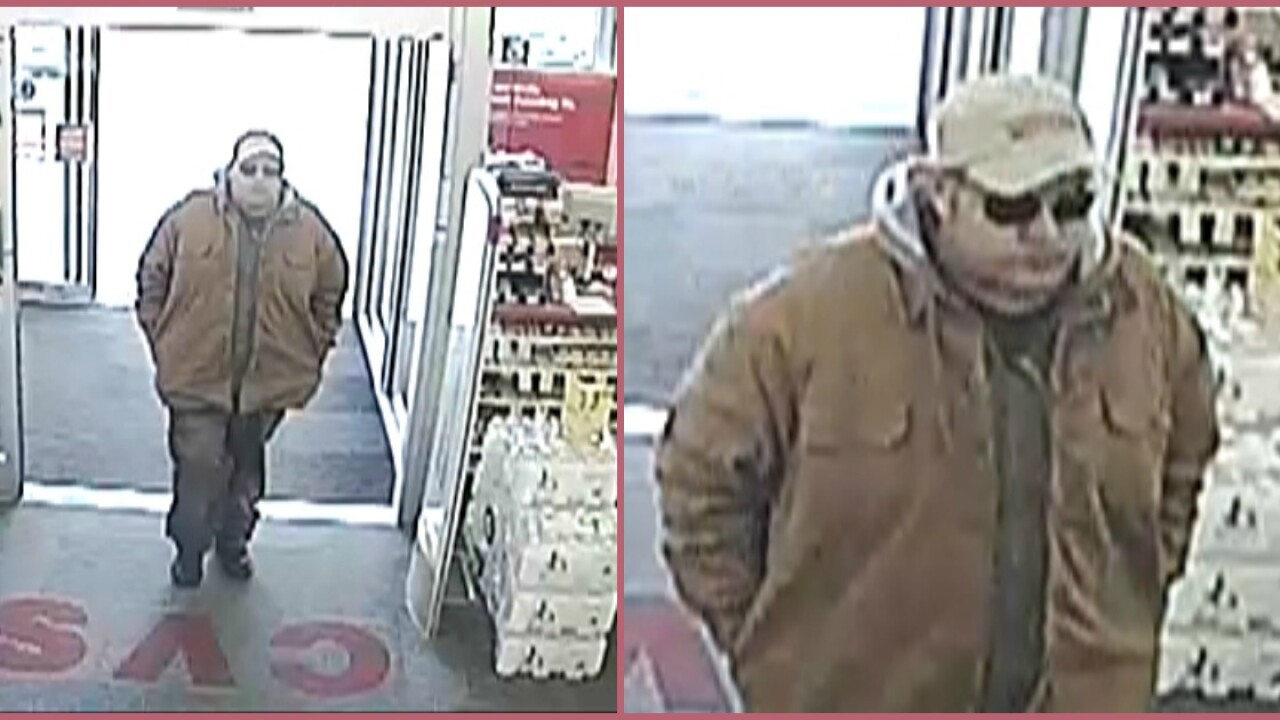 HENRICO COUNTY, Va. -- Police are asking for the public's help to find an armed suspect who robbed a drugstore in Henrico's Lakeside neighborhood on Thanksgiving Day.

Lt. B.T. Wilson with Henrico police said a man armed with a silver semi-automatic handgun walked into the Rite Aid store in the 5500 block of Lakeside Avenue at 12 p.m.

Photos released by Henrico Police show the suspect at a nearby CVS Pharmacy. Police believe he was casing the CVS prior to robbing the Rite Aid. 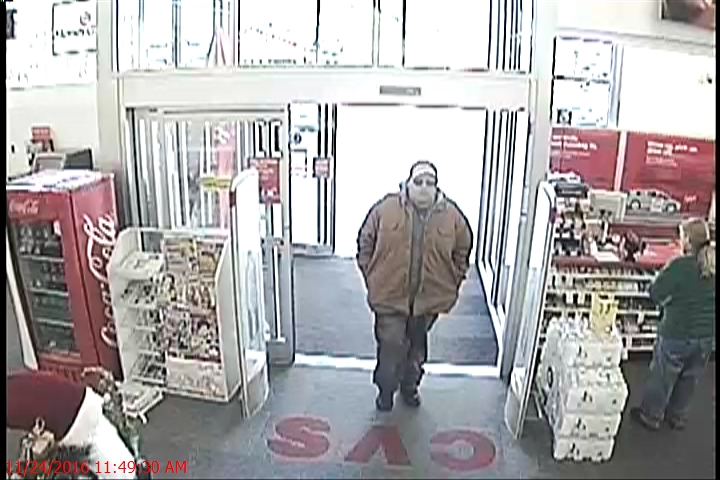 Police said the employee handed over an undisclosed about of pills and cash before the suspect ran from the business.

Police described the suspect as a white male between 30-40 years old, about 5 feet 8 to 5 feet 10 inches tall and weighing between 200-225 pounds. He has blondish hair, a thin mustache and was last seen wearing a brown baseball hat, brown jacket and bluejeans.

Photos were released of the suspect taken at another drugstore police said he frequented.

SHARE on social media to SPREAD the WORD!
37.618900 -77.469807
Copyright 2020 Scripps Media, Inc. All rights reserved. This material may not be published, broadcast, rewritten, or redistributed.