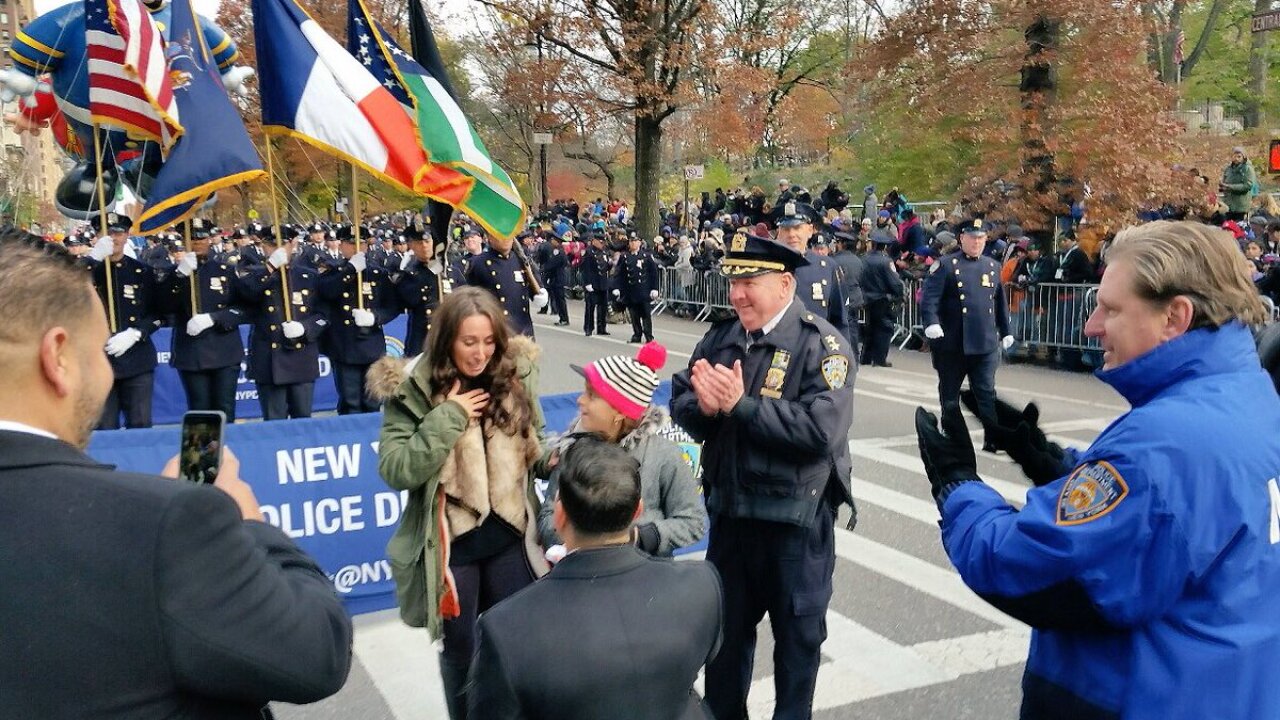 NEW YORK – A New York City Police officer who was shot in the line of duty nearly two years ago has a lot to be thankful for this Thanksgiving: A new fiancé.

Officer Andrew Dossi, 32, popped the question to his then-girlfriend at the Macy’s Thanksgiving Day Parade Thursday.

Surrounded by fellow officers and the NYPD band, Dossi got down on one knee and proposed.

NYPD News tweeted a photo of the happy moment.

“Officer Dossi proposed to his girlfriend alongside the NYPD Band at today’s @Macys Thanksgiving Day Parade. Congrats!” the NYPD wrote on its Twitter account.

Dossi was shot in the left arm and lower back while responding to a holdup in January 2015, according to the New York Daily News. He was hospitalized for 11 days. A fellow officer was also wounded during the encounter.

The Army reservist served two tours of duty in Iraq is also the father of a 10-year-old girl.