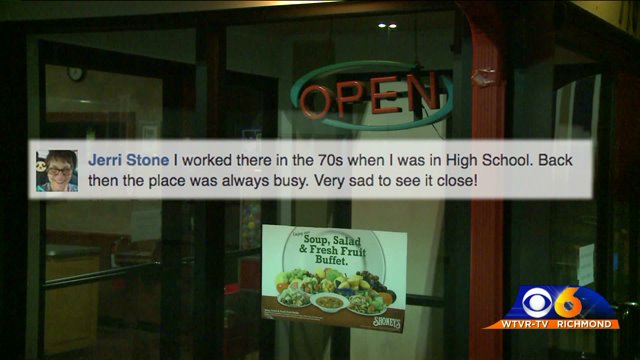 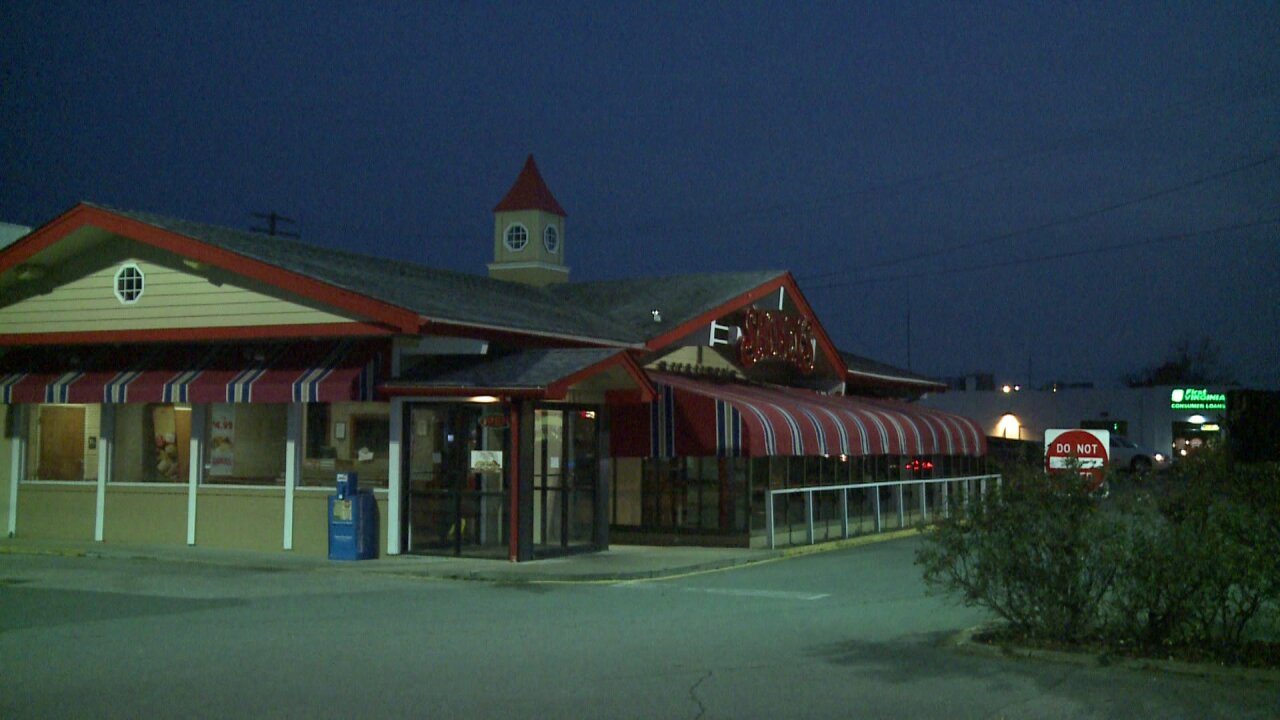 HENRICO COUNTY, Va. -- After a 40-year run at its Dumbarton Square location, the Shoney's family restaurant at 7101 Staples Mill Road is closing its doors Sunday, according to a store worker, the owner of a neighboring business and a decades-long customer.

While it is far from the happening spot it used to be, this location is famed for its family attitude. Several workers have been there 25 years or more.

It was also known for serving free meals to kids on Wednesday and for being a cool hangout spot for high-schoolers.

So many people in the area worked there at one point or the other.

Adis Majkovic, owner of the neighboring 2M Mediterranean Market & Deli, said the Shoney's and its workers were strongly tied to the community and will be missed.

I couldn't reach a corporate spokesperson, but one of the restaurant workers told me the closing of the Martin's grocery store in the strip mall was a heavy blow.

A year ago a new owner took over the Dumbarton Square shopping center, Majkovic said, and he's hoping for a renaissance for the once-booming center that, years ago, showcased the Marshall Tucker Band.

This Shoney's also has an unpleasant history.

Early in the morning of March 25th, 1978, before the restaurant opened for the day, an employee locked three of his co-workers in the walk-in cooler, fatally shooting three of them with a .22 caliber pistol.

Stamper was executed in 1993, even though a death row beating left him paralyzed. Disability advocacy groups argued he shouldn't get special treatment and some of the victims’ relatives pushed for the execution.

This closing comes as the Nashville-based Shoney's chain approaches its 70th birthday. News reports in that city indicates it is down to about 150 restaurants compared to 1,300 in its heyday.

It's also shifting to a new look, "Shoney's On The Go" restaurants and fresh ingredients. The West Broad Street Shoney's apparently will remain open.

The restaurant is open both Saturday and Sunday.