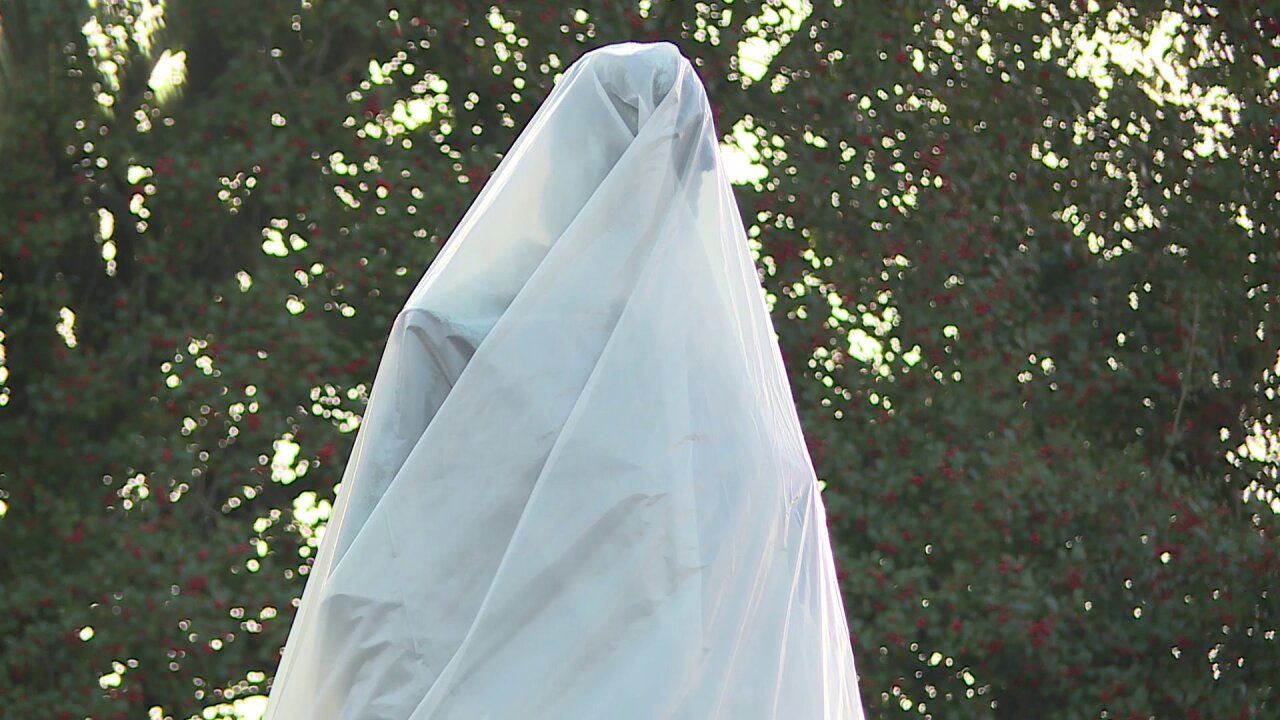 RICHMOND, Va. -- Police are trying to find whoever vandalized the statue of Christopher Columbus in Richmond's Byrd Park at some point between Thursday night and Friday morning.

Sara Joyner snapped a photo as she was leaving Fountain Lake showing the statue covered in paint Friday morning.

City crews, who used a sheet to temporarily cover the sculpture, were in the process of cleaning the statue Friday.

This is not the first time the landmark was defaced. Someone painted the words “lies” and “genocide” on the figure on Columbus Day in 2015.

Some cities and schools have chosen not to honor Columbus on the holiday, but instead celebrate the natives he encountered in the New World.