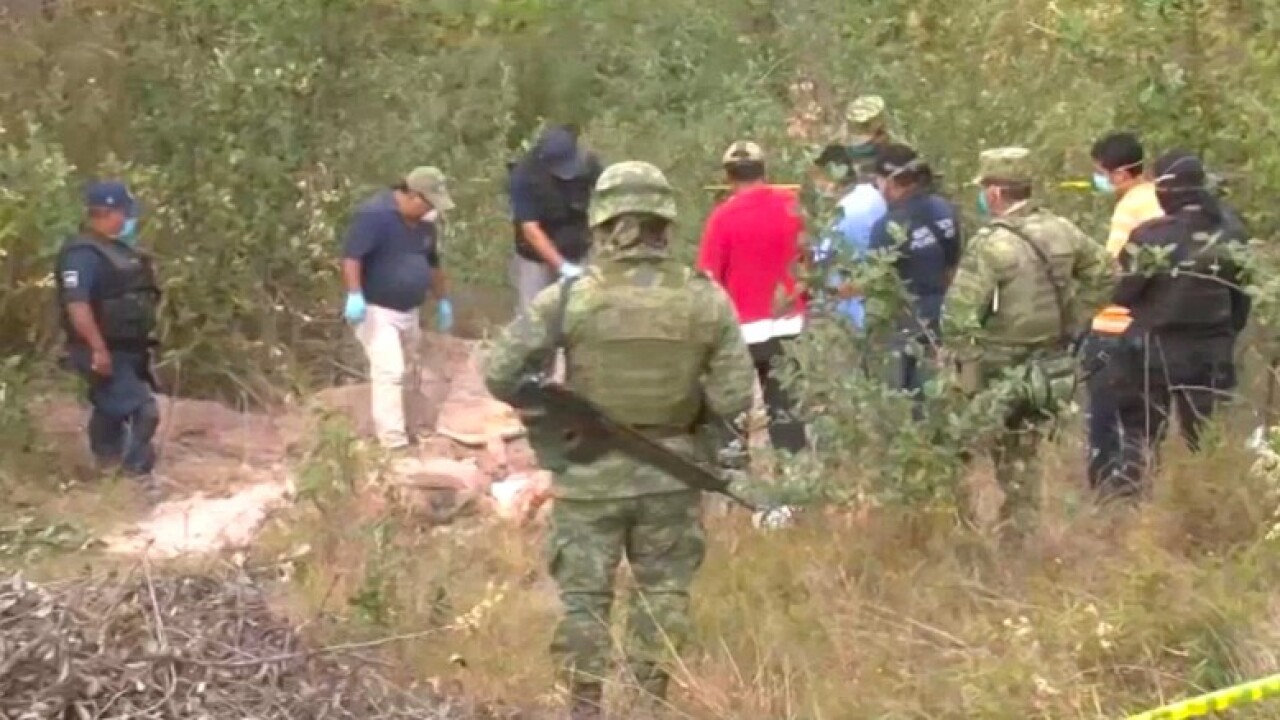 Mexican authorities say an investigation that began with an anonymous tip about kidnappings led to a grisly find: 32 bodies and nine severed heads.

The human remains had been buried in hidden graves in a remote, mountainous area of Guerrero state, a hotbed of drug-related violence.

The victims and suspects have not yet been identified, state officials said in a statement Thursday. Authorities are still combing the area to see if there are more hidden graves at the site, the statement said.

The investigation began earlier this week after authorities, acting on a tip, found a man who’d been kidnapped and held captive at a drug gang’s camp. During their first sweep, investigators found seven bodies buried in several hidden graves there. They also found a cooler with human remains inside, several abandoned vehicles and AK-47 and AR-15 ammunition clips.

By Thursday, the tally had grown to 32 bodies found in at least 17 graves.

The discovery comes amid a surge in violence in the state, where vigilante groups have also grown as some citizens take security into their own hands.

“Here, there is a phenomenon,” Guerrero Coordinating Group spokesman Robert Alvarez Heredia told MVS Radio this week. “The large cartels have become small criminal gangs, and they share one characteristic: the extreme and irrational use of violence.”

In a statement Thursday, officials said they were stepping up security “to protect citizens who have nothing to do with the confrontations between criminal groups.”