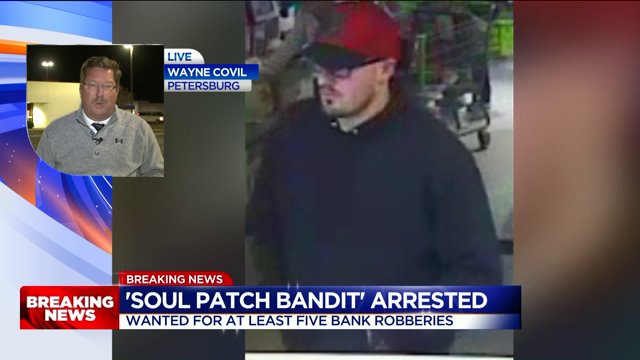 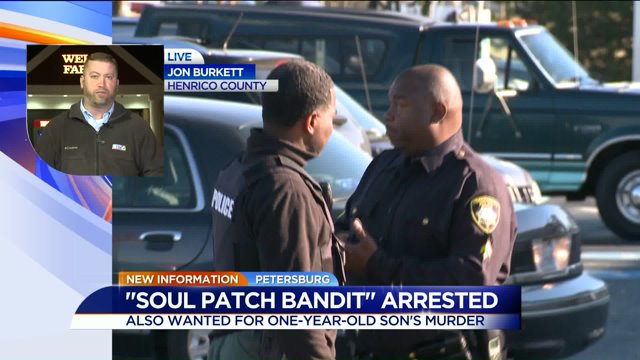 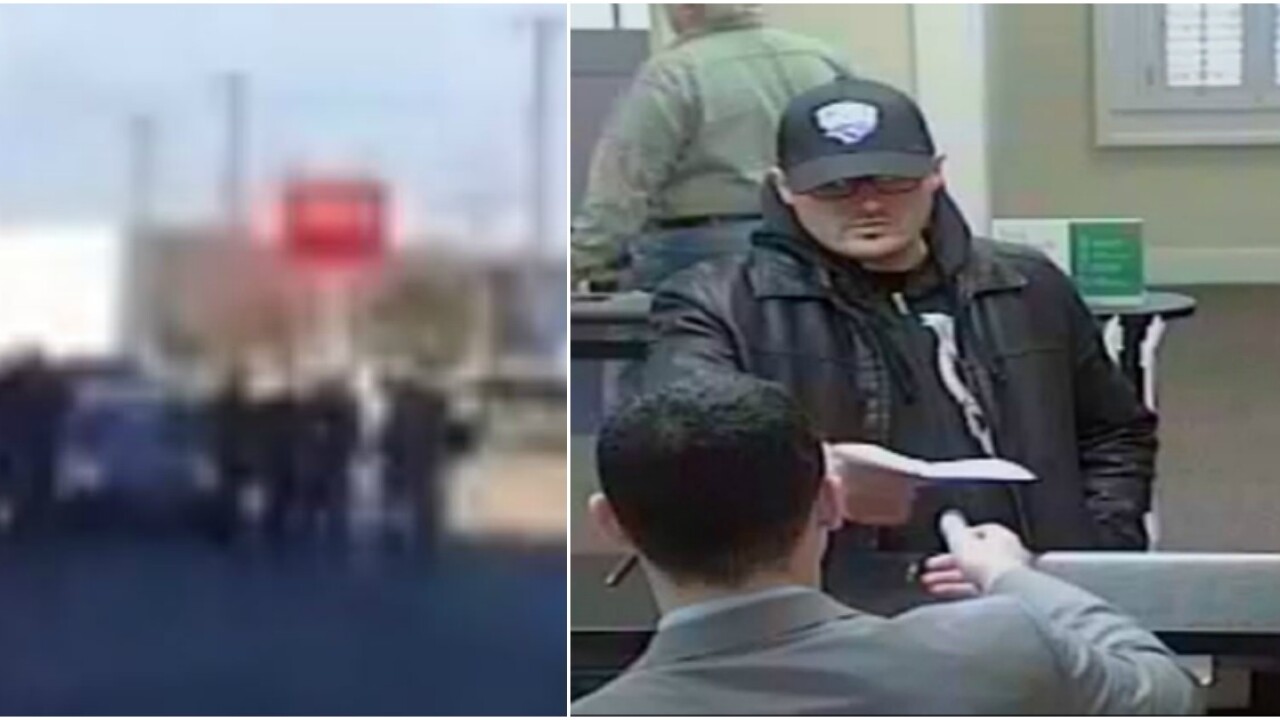 PETERSBURG, Va. -- A man believed to be the serial bank robber known as the "Soul Patch Bandit" was arrested after a foot chase in Petersburg Tuesday afternoon.

The man, later identified as Arthur Kharendzyuk, was wanted for multiple bank robberies in the area and a murder charge out of Newport News, Virginia.

Newport News Police confirmed there was an arrest warrant out that charged Kharendzyuk with murder in connection with the death of his one-year-old son.

CBS 6 has also learned Kharendzyuk was arrested by Virginia Beach Police for trespassing and disorderly conduct on November 19, after five bank robberies he's been linked to occurred.

According to police records, he was bailed out and released that same day.

There was no word on when the murder warrant was issued.

Around 2 p.m. Tuesday, Petersburg Police received a call about a suspicious man inside of the Wells Fargo bank in the South Crater Square Shopping Center on South Crater Road.

When a detective arrived at the bank, the suspect tried to flee the scene and got into an scuffle with the officer, briefly getting away.

The 25-year-old man was tackled about 100 yards from the Wells Fargo bank in the parking lot of a nearby dialysis center.

The man detained by police was carrying a gun, but got rid of it while running from the bank, witnesses said.

Kharendzyuk is currently being held at Riverside Regional Jail.

The FBI dubbed Kharendzyuk the “Soul Patch Bandit” because of his facial hair.

He is believed to be responsible for several Central Virginia bank robberies:

The FBI was offering a $10,000 reward for information leading to the arrest and conviction of the “Soul-Patch Bandit.”