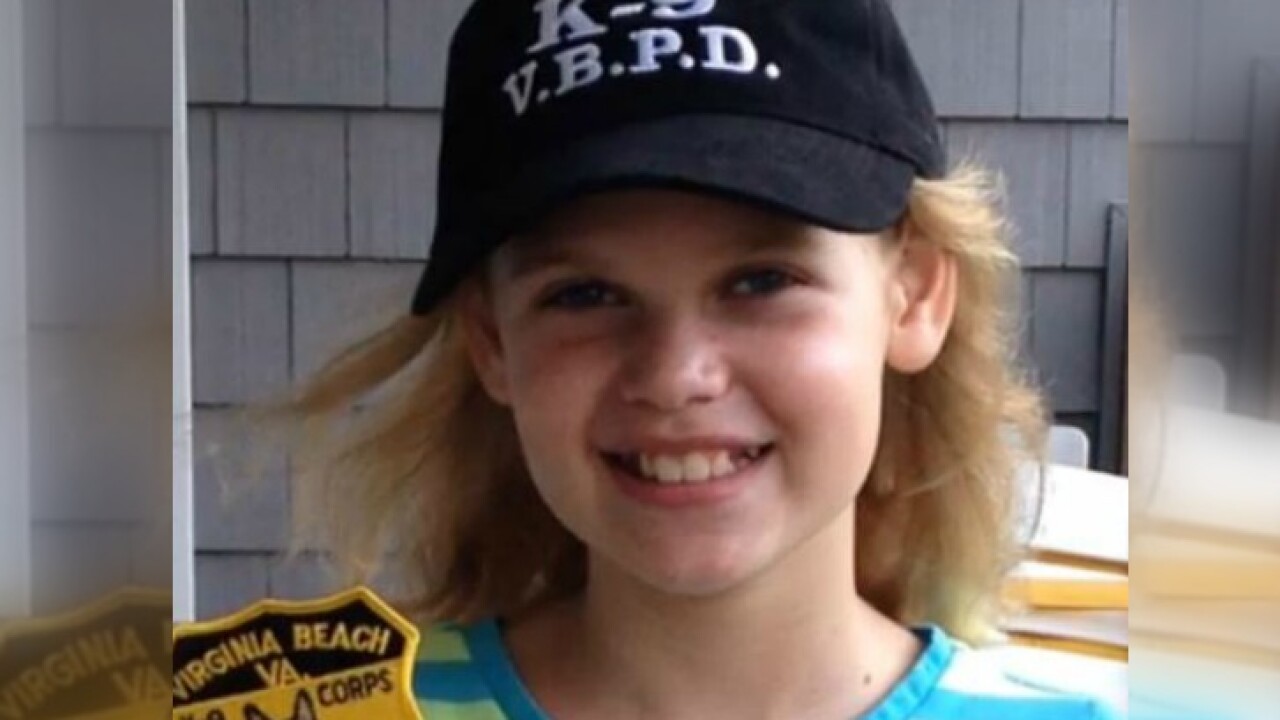 The remaining six dogs that were unprotected were formally fit for the vests on Wednesday, and one of the vests comes from a surprising donor–a 10-year-old girl, Alexis Mattingly.

“Dogs are awesome and I just wanted to help,” she told WTKR.

Alexis asked for donations instead of having a birthday party, opting for wrapping the K-9’s with vests instead of unwrapping gifts.

She says she heard about Anderson Cooper’s donations shortly after the death of Norfolk Police K-9 Krijger, and wanted to do her part.

“I just really liked what he was doing,” said the 10-year-old.

Through bake and craft sales, and with the help of her mom and cousins, it took Alexis less than a month to raise the $2,500 needed to get a K-9 vest.

“It just proves no matter how old you are or how young you are, if you want to do something then just do it,” say Holly Mattingly, Alexis’ mom. “It speaks volumes for society as well.”

Sergeant Chris Tull says Alexis’ and other businesses donations for the new vests could not have come at a better time.

“These have been tough times for police officers in general,” says Sergeant Tull. “There’s been a lot of negativity that’s come out, so to see the community step forward and provide this support, really is heartening.”

Alexis says they ended up raising about $700 more than their goal, which will also go towards the Virginia Beach Police Department.