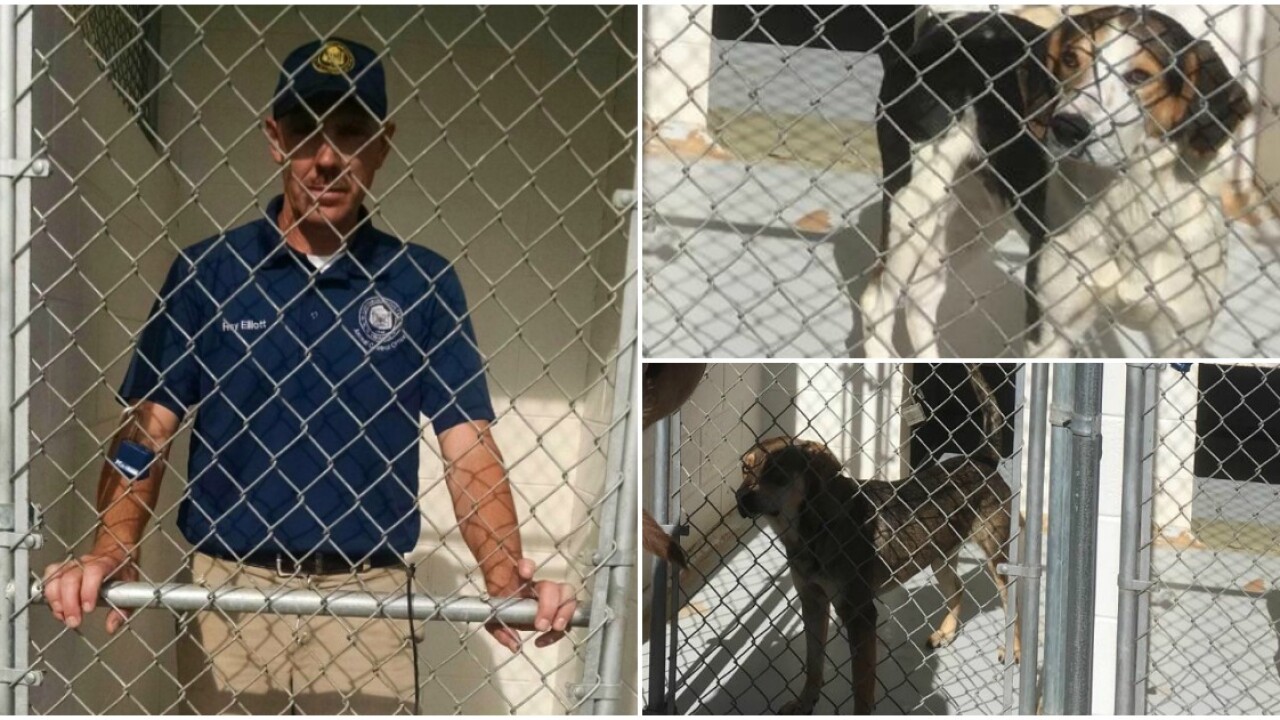 LUNENBURG COUNTY, Va. — While many people will spend Thanksgiving in a warm home surrounded by friends and family, Ray Elliott plans to spend his holiday alone, inside a kennel at Lunenburg County animal control.

“I’ve never missed Thanksgiving with my family,” Elliott, who has been a been an animal control officer in Lunenburg since 2014, said.

Elliott said he planned to forgo Thanksgiving with his family in an effort to raise awareness about the importance of having your pet spayed or neutered.

Having pets spayed or neutered would help keep the numbers of unwanted pets down, Elliott hoped.

“I wanted to do something eye-catching,” Elliot said about his Thanksgiving awareness campaign. “I am going to stay in a kennel, not on a sofa, but a plastic crate.”

Elliott said he planned to stay in the crate from 6 p.m. Thanksgiving evening until 6 a.m. the next morning.

During that time, he plans to have just a bottle of water with him — much like his four-legged friends also spending the holiday in the kennel.

Anyone who wishes to donate to the cause can do so online here or mail a donation to the Southside SPCA P.O. Box 66, Meherrin, Virginia, 23954.