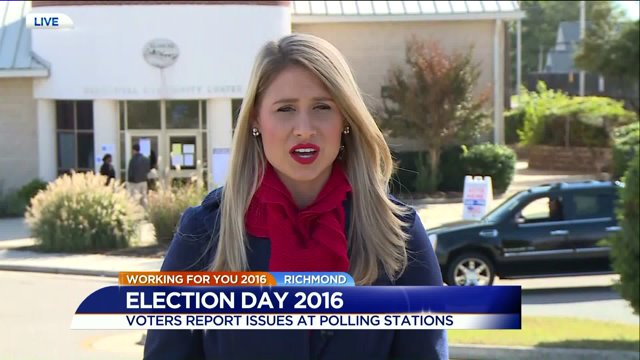 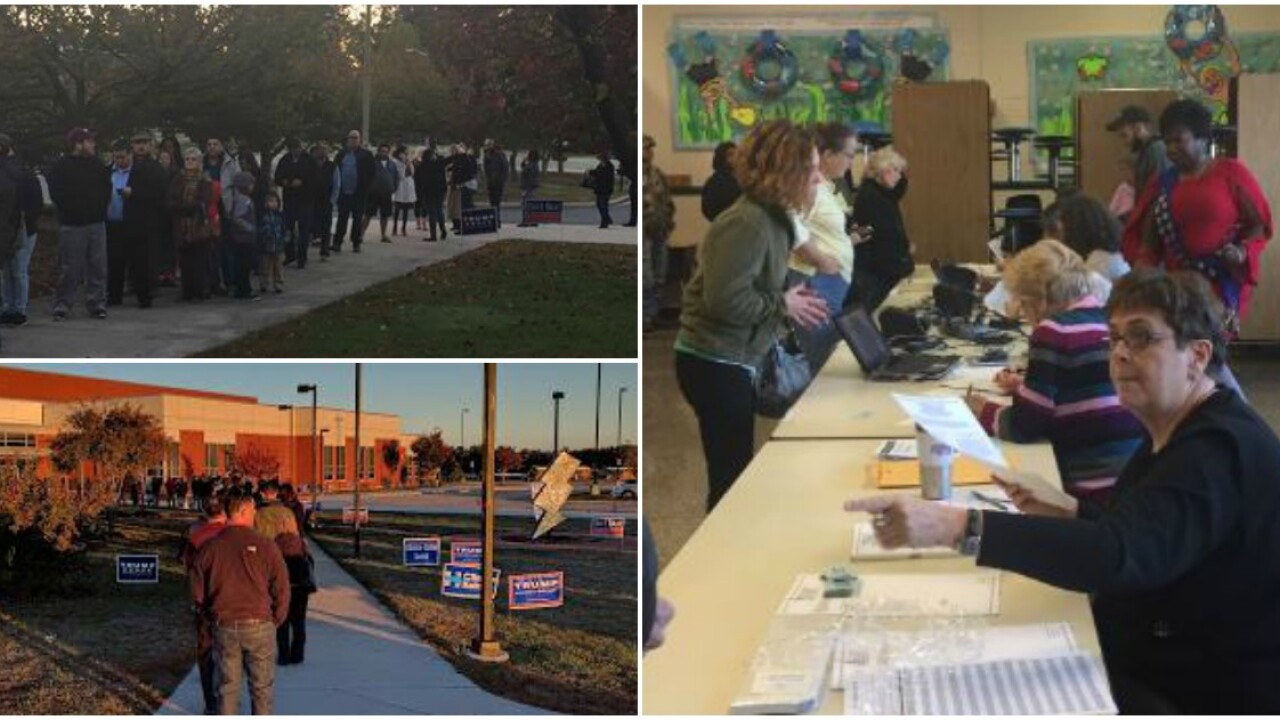 HENRICO COUNTY, Va. -- While some Virginia voters who woke up early to cast their ballots when polls opened at 6 a.m. waited in long lines, others arrived at their polling place to discover things were not running smoothly this Election Day.

At Longan Elementary School, in western Henrico, voters reported computers problems. Those problems, according to the voters, initially made it so no one could vote.

Voting machines at Henrico 112 not working. Why don't the election officials have manual ballots so the 150 people there can vote?

Election officials at Longan Elem. have to look up voters manually in paper poll books bc computers didn't come with necessary equipment. pic.twitter.com/i2unct2m8u

By 8 a.m., the computers were back up and running and the line vote was moving along.

At Cosby High School, in Chesterfied County, voters reported only one working machine. Once a second machine came online, those voters reported that the process was speeding up.

Voters at Cosby High report a 2nd machine now online, so process is speeding up. pic.twitter.com/32ZIPM4os4

Another Chesterfield voter said when he arrived at New Life United Methodist Church on Old Hundred Road, at about 6:40 a.m., he was told the machines there were down too.

A line of about two dozen people had been waiting for the machine to be repaired.

The voter who reported the issue left and returned at about 8 a.m. to vote without issue.