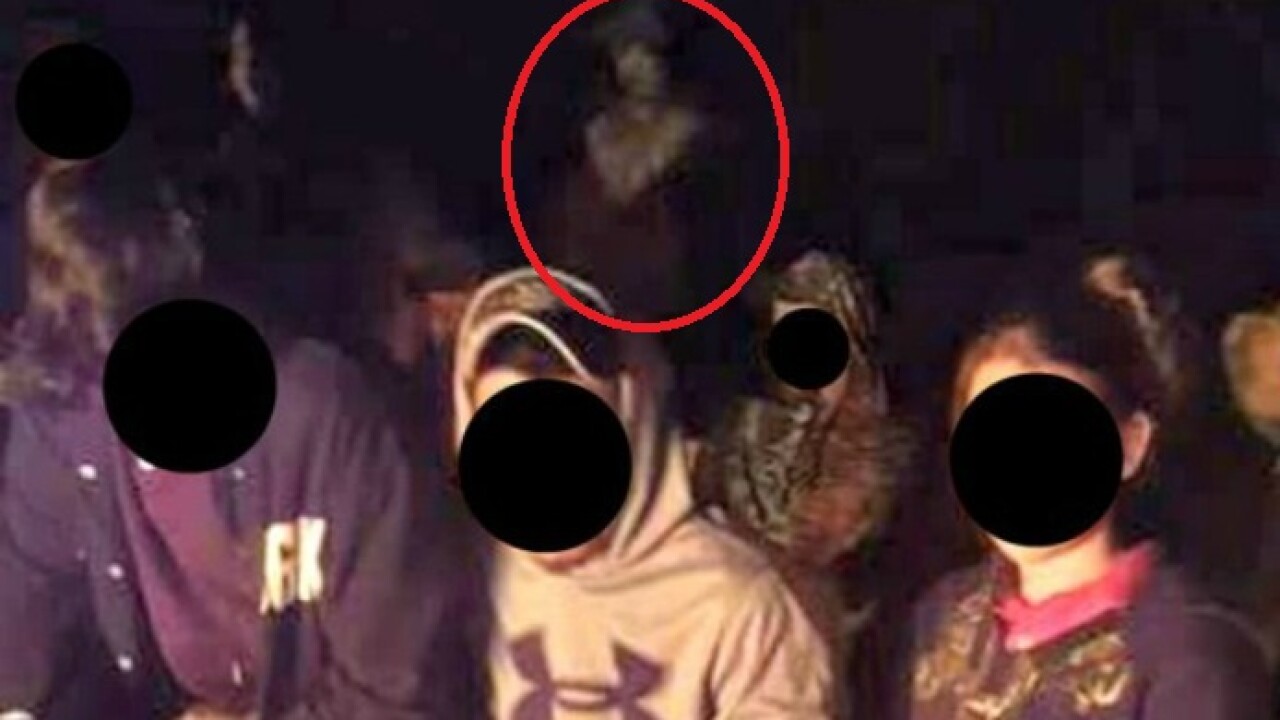 DINWIDDIE COUNTY, Va. -- A Saturday night bonfire was one to remember for a couple dozen teens and adults gathered in a Dinwiddie County yard.

The flames or conversation isn't what made the gathering memorable, rather what was spotted on Social Media, after pictures from the night were posted.

"You can obviously see a face right there," said Zach Everette, who was sitting around the bonfire when the picture was taken.

"That definitely wasn't there when we were sitting there,” Everette said of the ghostly figure.

"It's a ghost," said Shelly Ballard who was standing beside the photographer when the picture was taken.

She and others are adamant that no person was standing there. "There's no way anybody could have been standing right there, it's a hole," said Ballard.

The person who took the picture with her cell phone doesn't want to be identified but told CBS 6 "I took quite a few pictures of the kids, just with their friends, girlfriends," she said.

While at the bonfire, she posted them online and headed home.

The next day she learned that people saw a ghost-like image in one of the photo's.

Some say it's a woman, others say a Civil War soldier, which is plausible since more than 10,000 Union and Confederate soldiers traversed Dinwiddie County in the last year of the war.

"Dozens of engagements here, throughout Dinwiddie County, throughout the course of the Civil War particularly in the late 1864 and early 1865," said historian Edward Alexander with Pamplin Historical Park.

The woman who took the picture offered a theory of her own.

"I think it was a spirit of some kind."