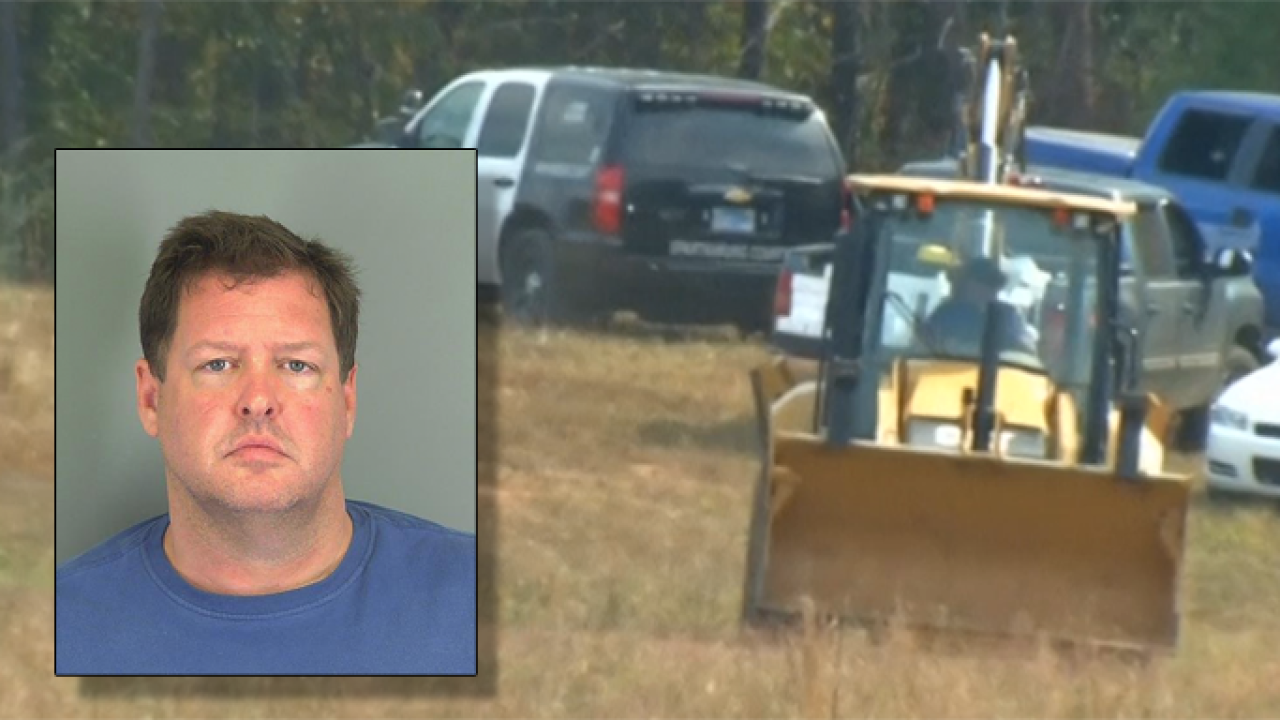 WOODRUFF, S.C. — Authorities have found a third body on the property of Todd Kohlhepp, the South Carolina real estate agent accused of kidnapping and murder.

The coroner said he could not say whether the bodies were male or female. Kohlhepp was arrested last week on suspicion of keeping a woman in chains on his farm and he allegedly confessed to a series of killings. The first body was found last week.

The discovery is the latest twist in the dizzying case against Todd Kohlhepp. The 45-year-old real estate agent was arrested last week after authorities found a woman chained inside a metal shipping container on his property, screaming for help.

Now Kohlhepp, a registered sex offender, faces murder and kidnapping charges. Authorities say he could be connected to at least seven homicides. They’ve found at least three bodies on his 100-acre farm — and they’re also checking other properties he’s owned inside and outside the state, CNN affiliate WSPA reported.

“We’re not going to close the door on anything,” Spartanburg County Sheriff Chuck Wright told reporters.

As authorities continue digging for evidence, here’s a look at the latest developments:

After his arrest, authorities say Kohlhepp pointed them to areas on his property where he said two bodies were buried.

Investigators found one body there on Sunday, but they haven’t yet identified the victim, Wright said.

“We’re not even close,” Wright said. “We can’t tell anything about the cause of death, the gender, how long, any of that stuff.”

It’s the second body investigators have unearthed on the property. Last week, they found the remains of 32-year-old Charles Carver, whose girlfriend, Kara Brown, had been rescued alive from the shipping container.

The couple had been missing since August. Brown told investigators that she watched Kohlhepp shoot her boyfriend, a solicitor said in court on Friday.

The search of the property took an unexpected turn when Kohlhepp allegedly confessed to killings that took place 13 years ago at a motorcycle shop in Chesnee, South Carolina.

Kohlhepp told detectives details only the killer would have known about the homicides at Superbike Motorsports, according to authorities.

Kohlhepp, who previously spent 15 years behind bars for kidnapping, did not enter a plea at his kidnapping hearing on Friday after appearing without an attorney. The judge sent the bail matter to a circuit court.

Over the weekend, prosecutors charged Kohlhepp with four counts of murder in connection with the 2003 killings.

It remains unclear whether Kohlhepp will be indicted on additional charges.