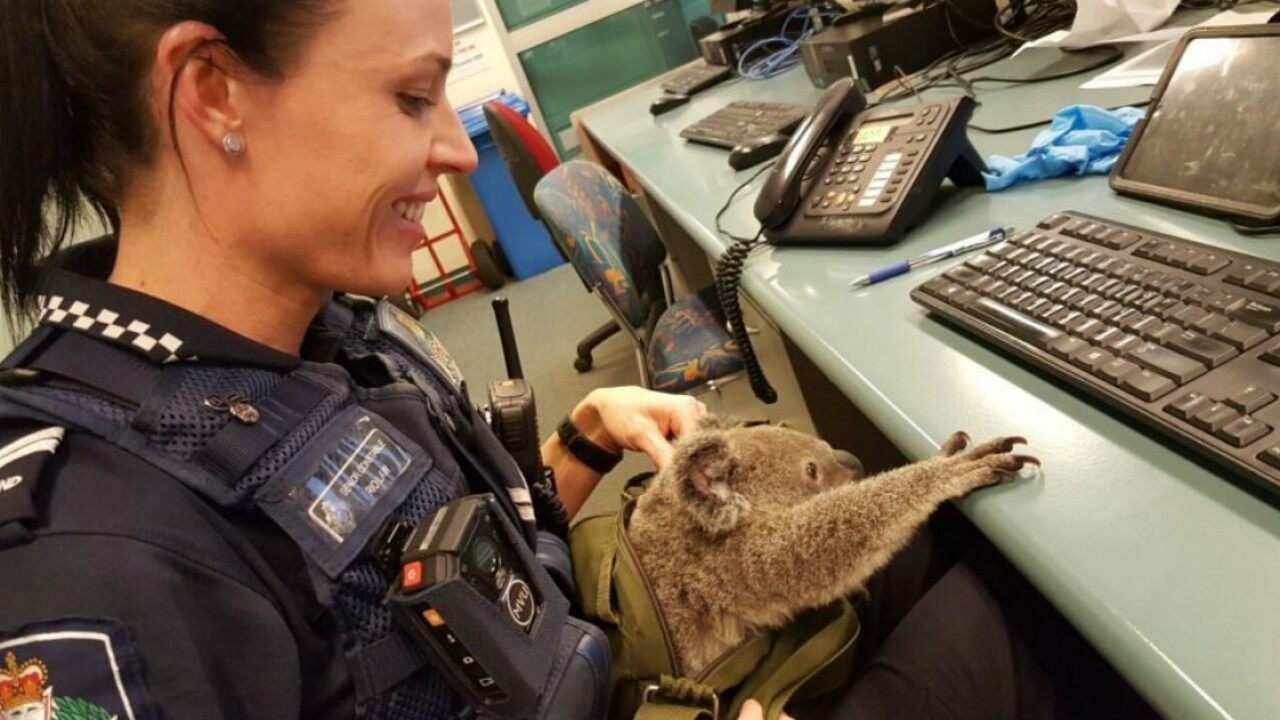 BRISBANE, Australia — A woman arrested by police in Brisbane, Australia, shocked officers by handing over a zipped bag containing a baby koala.

The 50-year-old woman was stopped during a patrol and arrested on “outstanding matters.” When asked if she had anything to declare, she presented the green canvas bag and told them a koala was inside.

“Not quite believing their ears the officers cautiously un-zipped the bag and found this gorgeous (koala),” Queensland Police Service statement said in a statement Monday.

They are looking into claims the woman found the protected animal the previous night.

The six-month-old koala, which weighed 1.5 kilos, has been given to Australia’s Royal Society for the Prevention of Cruelty to Animals, which said the koala was dehydrated but “doing well.”

“He’s been on fluids but is doing well and will shortly be going out to a carer,” said RSPCA Queensland spokesman Michael Beatty in a statement.

Now that the koala is in RSPCA hands, he has a new name — Alfred.