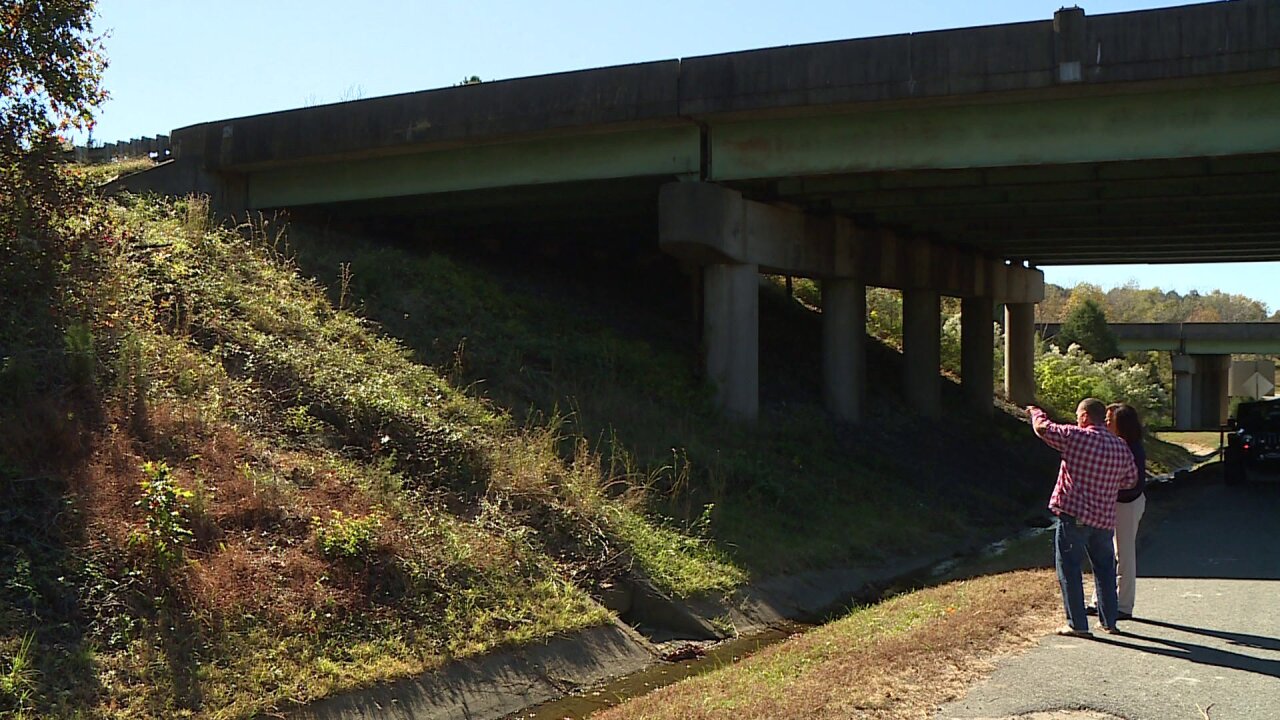 HANOVER COUNTY, Va. — The man whose pickup truck was stolen by a suspect who allegedly attacked two deputies during a traffic stop Friday morning in Hanover County said he had just pulled over to try to help.

“I noticed two police officers on the righthand side,” David Ezzell told WTVR CBS 6 reporter Sandra Jones. “As I was going by, one police officer was getting thrown to the ground.”

The bridge where David Ezzell stopped.

“I’m just here to help somebody… and all of the sudden my truck’s gone.”

Ezzell said he was getting off I-295 south when he spotted the commotion and parked his truck on the bridge.

“I stopped up there to see if they needed any help or anything. I looked over the edge. I didn’t see the suspect,” Ezzell said.

Ezzell figured the suspect was in the back of the police cruiser, but he was wrong.

“So I started running back to the truck, and at that time, that’s when I realized he was in the truck,” Ezzell said.

That is when Ezzell started to panic.

“When he went to go take off, he hit me with that mirror right there, collapsed the mirror into the truck. I tried to grab the handle, [but] it was too late. He was gone,” Ezzell said.

Ezzell said there was a loaded gun in his truck as well as  a $140 in cash, credit cards and an iPad.

Authorities were able to track his pickup through his phone connected to his iPad.

“Popped on it…then I could see the vehicle. By then he was back on 360 heading back to Aylet, Tappahanack area,” Ezzell explained.

The iPad and loaded gun were not touched.

As an independent contractor, Ezzell said he is relieved to have his truck back.

The deputies suffered minor injuries in the altercation.

Wright remains on the loose as of Saturday night. He is wanted on a slew of charges, including two counts of Assault on Law Enforcement, as well as Eluding, Reckless driving, Unauthorized use of a Vehicle, Larceny and Possession of Marijuana.

If you have seen Wright, contact the Hanover County Sheriff’s Office at 804-365-6140 or the Metro Richmond Crime Stoppers at 804-780-1000. Citizens can also text Crime Stoppers at 274637 (CRIMES), using the keyword “iTip” followed by their tip. Both Crime Stoppers methods are anonymous and can result in a reward of up to $1,000.