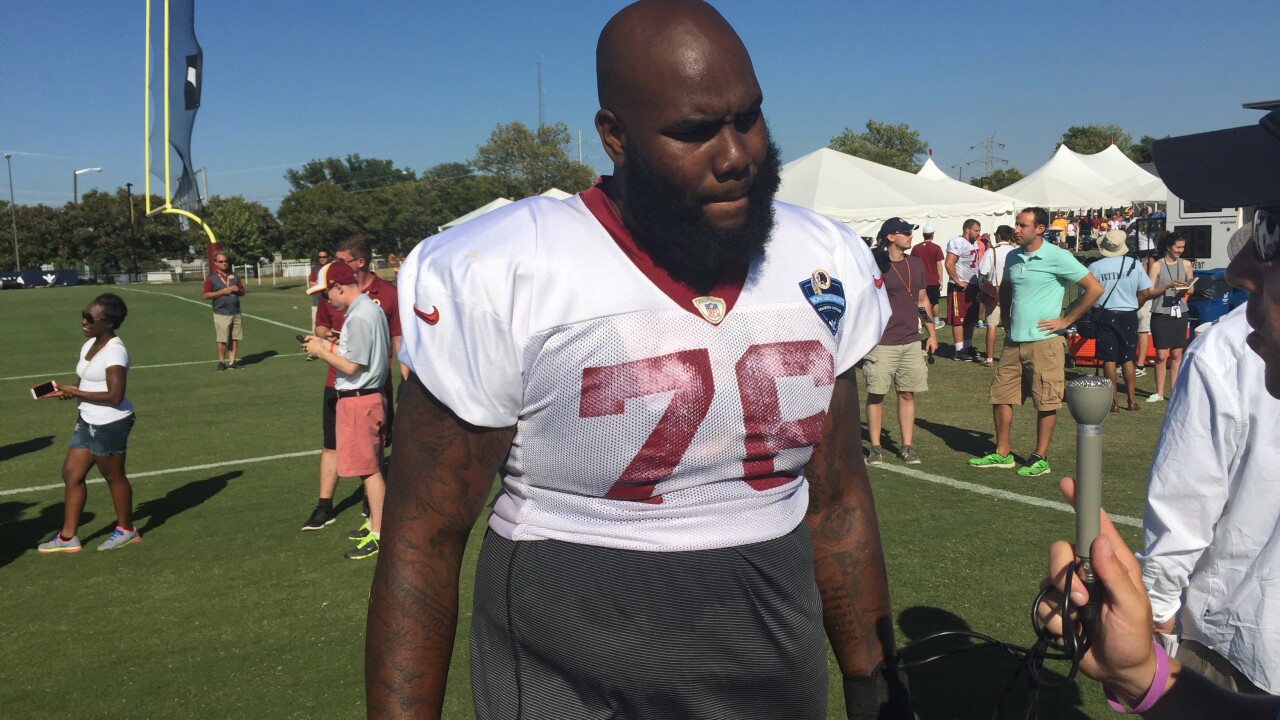 The starting right tackle of the Washington Redskins is in his third season in the NFL after being drafted in the second round of the 2014 NFL Draft.

Moses competed for the Meadowbrook Monarchs on both the offensive and defensive lines from 2006-’09. He earned several accolades during his time there including two-time All-District, two-time All-Region, two-time All-State and Parade and SuperPrep All-America honors.

Moses will have his jersey retired Friday at a ceremony during halftime of Meadowbrook’s varsity football game.

The ceremony will take place on the team’s football field.

After Meadowbrook, Moses attended Fork Union Military Academy for one year and then enrolled at the University of Virginia, where he graduated in 2014.

Moses is the reigning Ed Block Courage Award recipient for the Redskins. The annual award is voted on by teammates on each NFL team for a player that is a role model and displays inspiration, sportsmanship, and courage in the face of adversity.

Moses was honored after overcoming a serious injury his rookie season and starting every game for the Redskins in 2015.