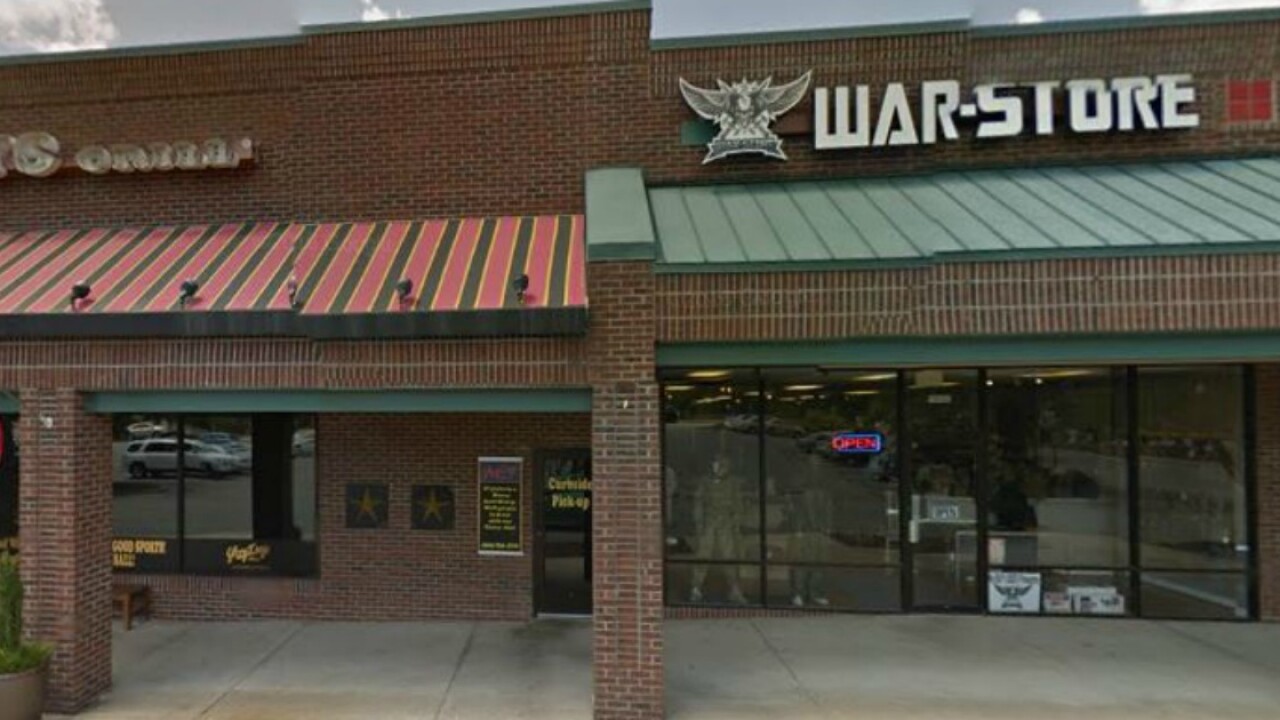 HENRICO COUNTY, Va. — A $5,000 reward is now being offered following a weapons theft at The War Store, a military and tactical gear store on Ridgefield Parkway in Henrico’s West End.

Several people broke into the West End store October 20 and stole multiple firearms, according to the Bureau of Alcohol, Tobacco, Firearms and Explosives (ATF).

The $5,000 reward is made up of two $2,500 rewards offered by the ATF and the National Shooting Sports Foundation (NSSF).

The crime is being investigated by ATF and Henrico Police.