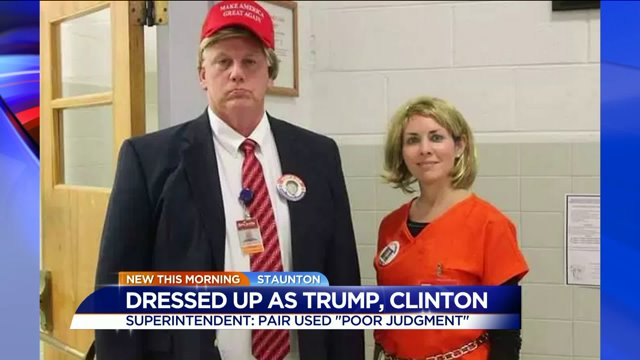 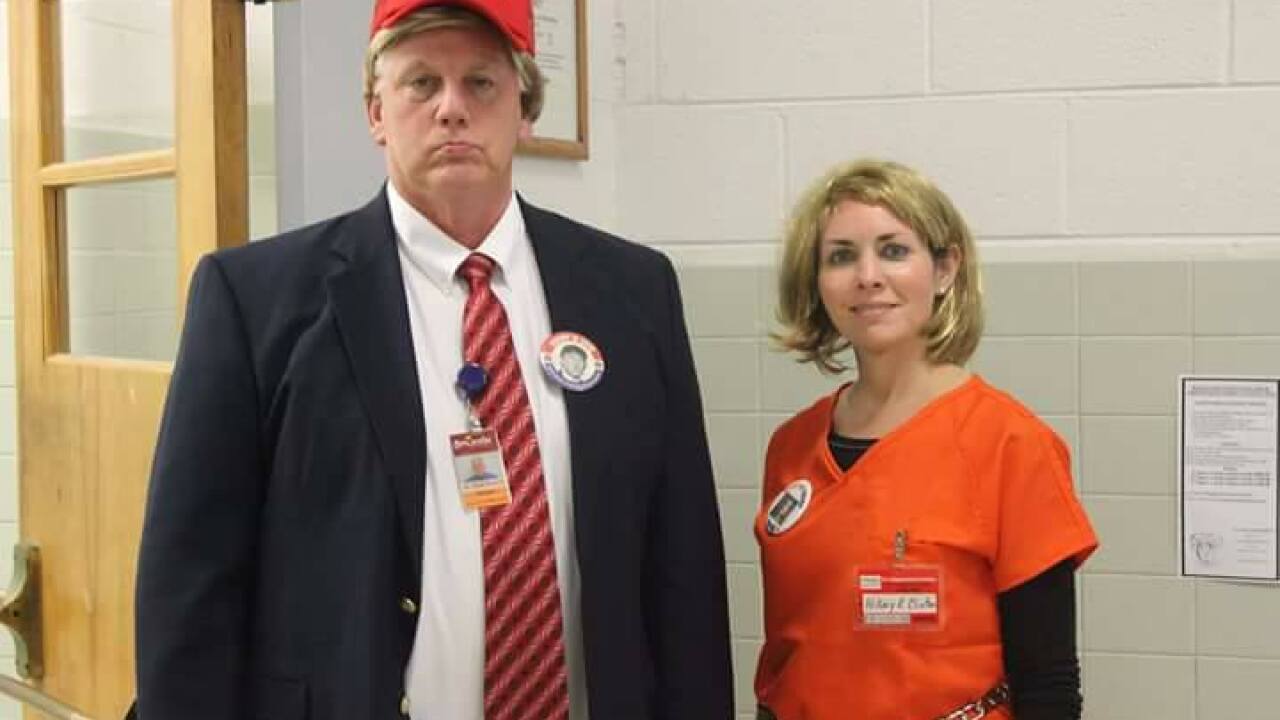 STAUNTON, Va. – Some Virginia parents are outraged after the Principal at Robert E. Lee High School in Staunton dressed up as Donald Trump and a school secretary dressed as Hillary Clinton, in prison garb, for Halloween.

A photo of pair was posted on the school’s website in a Halloween photo album of costumes worn by students and staff.

The photo has since been removed.

Since the photos went public, parents in Staunton have criticized the administration for the “politically charged costumes” on school grounds.

One of those parents was Emberly Lynn Martin, who graduated from the high school and has two daughters.

“I don’t care who you are or are not voting for. You are professionals, who work with children. Some more impressionable then others. The fact that any school official would think it’s okay to dress like this leaves me appalled and floored,” Martin wrote on a Facebook post with the controversial image. “What message are you sending to any of them when their high school principal dresses up like a man who wants to deport them, says things like "she's a nasty woman", or "grab em by the p-----?"

Principal Rowicki told WHSV that he didn’t mean any harm by the costume and apologized to anyone he offended.

Rowicki said the kids usually dress up at school on Halloween, so they just wanted to take part in it as well to connect more with the students.

“It is a longstanding tradition of Staunton City Schools—and of many school divisions across the United States—to allow students and staff to engage in festive activities and dress in costume for Halloween. That said, the particular costumes worn by two employees at R.E. Lee High School were in poor judgment, given the current political climate and the extraordinarily strong sentiments for the 2016 presidential candidates. I became aware of the situation on Tuesday night and instructed our staff to remove the images in question from Lee High School’s website today (Nov. 2). We are handling the situation as a personnel matter and addressing the issue with relevant staff.”

There is no word if the costumes will lead to any disciplinary action for Rowicki or Corbett.