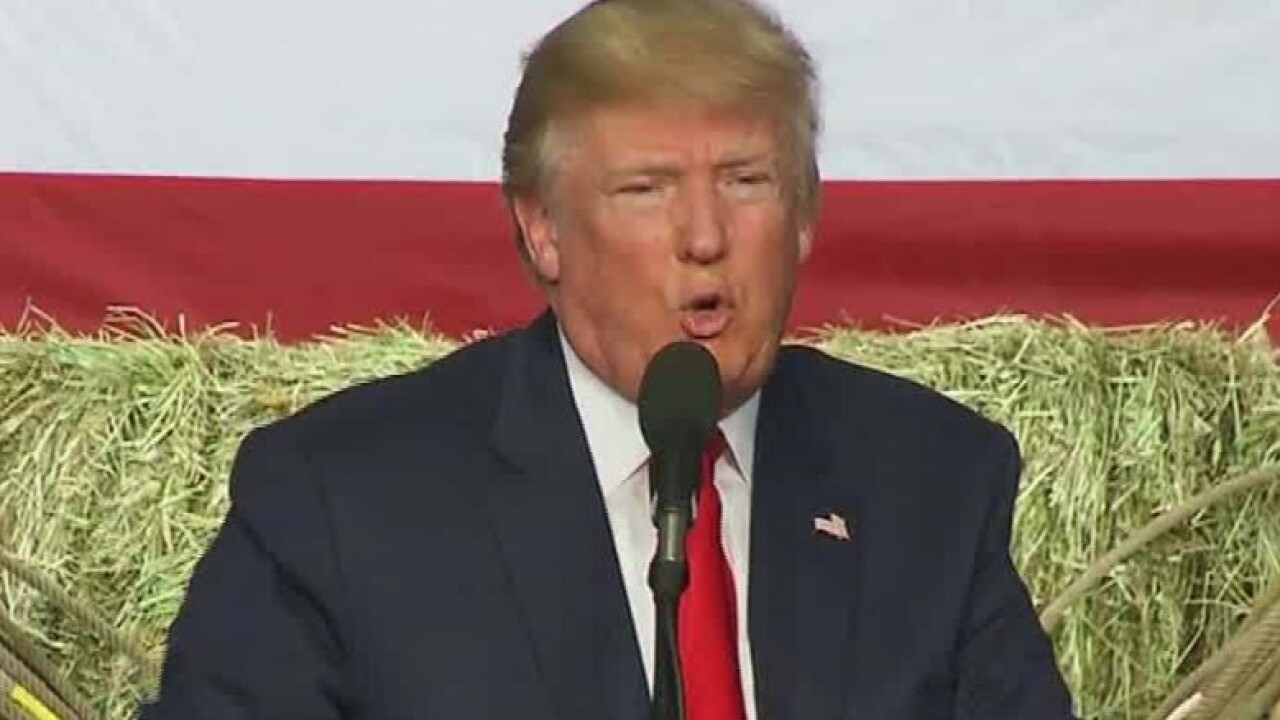 GOLDEN, Colorado — Donald Trump warned voters Saturday about the “cancer” of public corruption and argued the US judicial system is like that of a “third-world country” after new reports surfaced about disagreements between top officials at the FBI and Department of Justice.

Trump picked up on the news reports to once again argue that there is a “rigged system” at work and to pitch his candidacy to voters as that of an outsider who will take on the “establishment” in Washington and work to “end government corruption.”

Law enforcement officials told CNN that the Justice Department warned FBI Director James Comey that his plans to publicly notify Congress about his bureau’s review of emails that may be related to the investigation into Hillary Clinton’s private email server would be against department policy to not comment on investigations so close to the election.

Comey announced the new development in a statement Friday to top members of Congress, over the disagreements of top DOJ officials, including Attorney General Loretta Lynch, officials said.

While the attorney general and other top DOJ officials only disagreed with Comey’s plans to publicly announce the FBI’s review of the newly discovered emails, Trump suggested that Lynch and the Department of Justice did not want Comey to proceed with the investigation.

“The Department of Justice is trying so hard to protect Hillary,” he said. “There are those — and I happen to be one of them — who think Hillary Clinton offered Loretta Lynch a reappointment as attorney general.”

The Republican nominee again expressed hope that the FBI would aggressively investigate his Democratic opponent, but questioned whether the investigation would truly yield the result he and other Republicans have repeatedly called for: an indictment.

Trump argued that Americans have lost faith in the US justice system as a result of the investigation into Clinton’s private email server — which produced no indictments — and said simply “let’s see how it all works out,” addressing the FBI’s latest review of emails.

Clinton and her campaign have called on the FBI to produce more information to give voters a clear picture of what the new information is that they are examining. Clinton campaign chairman John Podesta slammed Comey’s letter as “light on facts, heavy on innuendo.”

The new information the FBI said may be pertinent to the investigation into Clinton’s private email server was uncovered as part of the agency’s investigation into Anthony Weiner, the disgraced ex-congressman who exchanged explicit messages with a purportedly underaged girl and as a result separated from his wife, top Clinton aide Huma Abedin.

“How can you have all of this incredible, confidential, secretive information and have your top person married to this guy?” Trump said.

Waiting for the Republican nominee to arrive here, Trump supporters said they were hopeful the FBI’s announcement would help buoy their candidate’s chances of winning the election. But they expressed serious doubts that the FBI’s investigation would render an indictment against Clinton, who many Trump supporters believe violated the law through her email use.

“The FBI, I don’t have much confidence in right now,” said James Molnar, a 79-year-old Marine Corps veteran who echoed Trump’s claims that politics would prevail over justice. “If they do go through with this and file charges, I will have a lot more respect for the FBI.”

Brian and Joanie Wherry of Elizabeth, Colorado, who work as IT director and registrar at a local charter school, said they believed the FBI would only announce new information in the investigation if it was serious, but were unsure of the end result.

Sisters Marylous Ralston and Janet Laskowski shared the same skepticism about the FBI reaching a different conclusion than it did nearly four months ago when it recommended no charges after wrapping up their investigation.

“I don’t think so. If that was going to happen, it probably would’ve happened a long time ago,” Ralston, who is 73, said when asked whether she believed the FBI would recommend any charges after reviewing the new information.

Laskowski didn’t hesitate: “No. In the end, it probably won’t.”