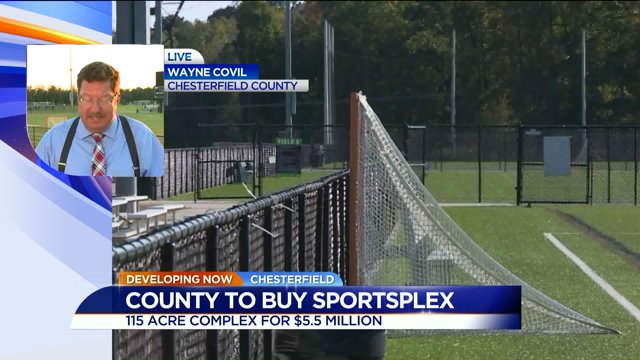 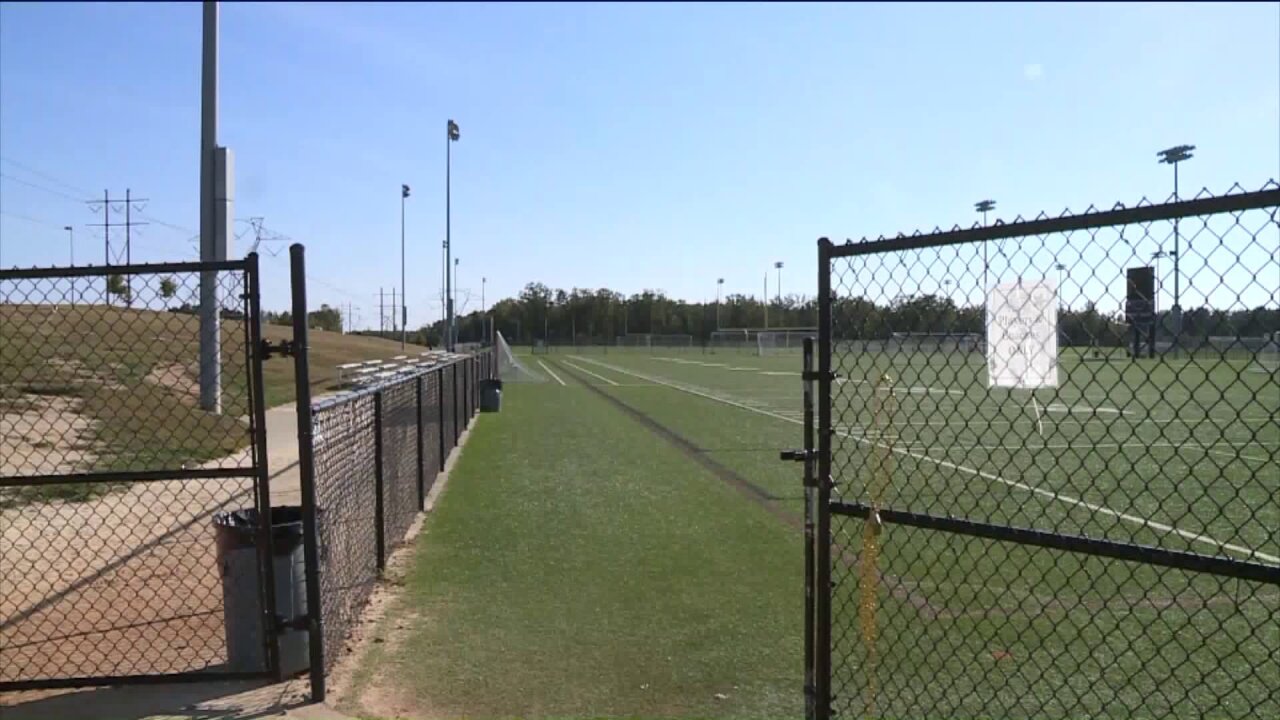 CHESTERFIELD COUNTY, Va. -- Chesterfield County plans to buy River City Sportsplex. The complex, which sits on 115 acres of land on Genito Road in Midlothian, is home to 12 athletic fields suitable for sports like soccer, lacrosse, field hockey, and rugby.

"This is a huge opportunity for the county residents to get more use of this facility and increase sports tourism," Chesterfield County Administrator Dr. Joe. Casey said.

Three years later, the venture filed for bankruptcy and was later purchase at auction by Shaw Industries Group.

The county said it would buy the complex from Shaw for $5.5 million, well below the assessed 2012 value of $17.2 million.

"Shaw is pleased that the River City Sportsplex will continue to grow and benefit the community as the centerpiece of local sports tourism under the Chesterfield County’s ownership," Susan Farris, Director of Corporate Communications with Shaw Industries Group, Inc., said. "In the wake of the project as initially envisioned not coming to fruition, Shaw improved the complex and worked closely with the community to attract significant sports events and millions of dollars of economic impact to the greater Richmond area. We are pleased that the availability of a dozen Shaw Sports Turf fields in one location is – and will continue to be – a draw for large regional and national youth sports tournaments."

Casey invited the public to learn more about the purchase and county's plans for the complex during a November 2 open house at the Clover Hill High School student commons.

"With sports tourism being a growing business in Chesterfield, the upcoming community open house will give residents a chance to view the property and ask questions about the purchase and the future potential of the sportsplex," he said.

The purchase must first pass a November 16 vote by the Chesterfield County Board of Supervisors.

In 2010, the county originally invested $4.3 million to assist in development of the sportsplex and lease the use of eight lighted all-weather synthetic turf fields Monday through Thursday. Currently, Chesterfield is in its sixth year of the 20 year lease. Purchasing River City Sportsplex would provide the county seven day a week access providing the opportunity to increase resident’s use and grow sports tourism.