Hunters warned to follow regulations after disease found in some deer 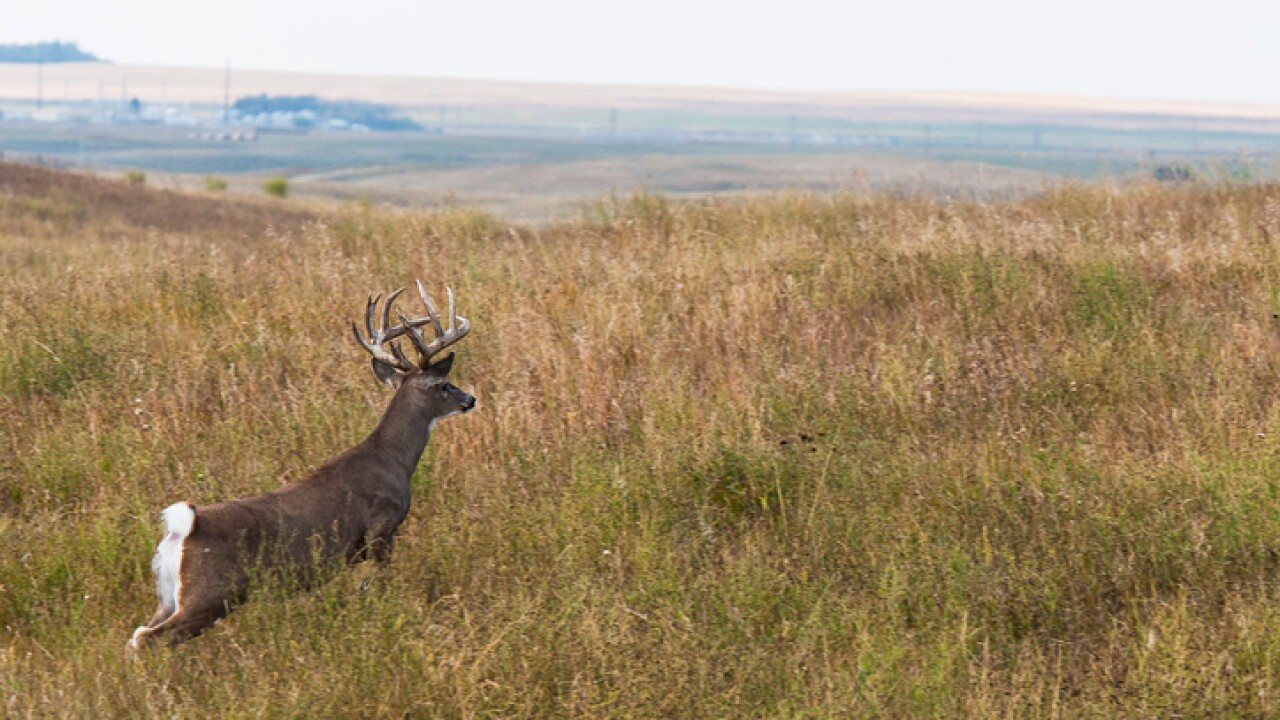 A large Whitetail deer running across the prairie in North Dakota

HENRICO, Va. —  State authorities are asking hunters to check regulations before transporting deer after a progressive neurological disease was found in 12 deer harvested in Frederick County and one deer killed on the road in Shenandoah County.

The department is taking certain management strategies within the  CWD containment area of Frederick, Clarke, Warren, and Shenandoah counties.

All deer killed in those areas on Nov. 19 and 26, 2016 must be brought to a designated sampling station for CWD testing.

Hunters can still check their deer via telephone or Internet but must bring the deer to a designated CWD sampling station on the dates above.

Earn-A-Buck is in effect for Clarke, Frederick, and Warren Counties, and the City of Winchester.

Additionally, feeding of deer is prohibited year-round in Clarke, Frederick, Shenandoah, and Warren Counties, and the City of Winchester, and rehabilitation is prohibited for any deer that originates from within the CWD Containment Area.

To assist with Containment Area (CA) surveillance, DGIF is strongly encouraging hunters who are successful in the CA on days other than mandatory sampling days to volunteer the head and neck from their deer by bringing it to a self-service refrigerated drop station, located in the following places:

CWD has been detected in 24 states and two Canadian provinces. The disease is a slow, progressive neurological (brain and nervous system) disease found in deer, elk, and moose in North America. The disease ultimately results in death of the animal.

Symptoms exhibited by CWD-infected deer include staggering, abnormal posture, lowered head, drooling, confusion, and marked weight loss. There is no evidence that CWD can be naturally transmitted to humans, livestock, or pets.

Anyone who sees a sick deer that displays any of the signs described above should contact the nearest DGIF office immediately with accurate location information. Please do not attempt to disturb or kill the deer before contacting the DGIF. More information on CWD can be found on the DGIF website at www.dgif.virginia.gov/wildlife/diseases/cwd.

Carcass import restrictions for hunters from neighboring and nearby states hunting in Virginia are listed here:

Maryland, Pennsylvania, West Virginia, Tennessee Whole deer carcasses are allowed from Virginia except those originating from Virginia’s CWD Containment Area (Frederick, Shenandoah, Clarke and Warren Counties), which must be boned-out or quartered so the brain and spinal cord are removed.

Additional restrictions exist for Virginians that hunt out of state and bring venison back to Virginia.  For information regarding carcass-restriction zones throughout the U.S. and in Canada and deer parts allowed to be brought into Virginia from these zones, please visit www.dgif.virginia.gov/wildlife/diseases/cwd/.

Carcass import restrictions for out-of-state Virginia hunters hunting in a neighboring or nearby states are listed here:

* Carcasses are allowed if boned-out or quartered so the brain and spinal cord are removed.