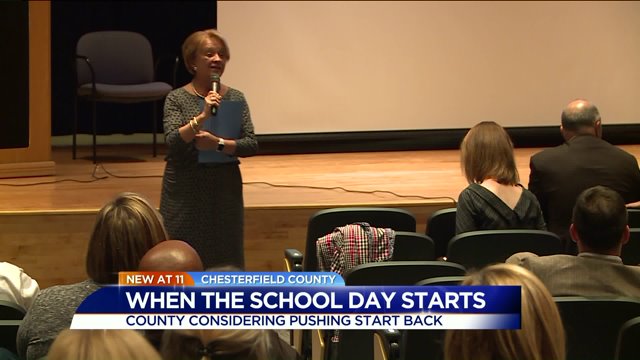 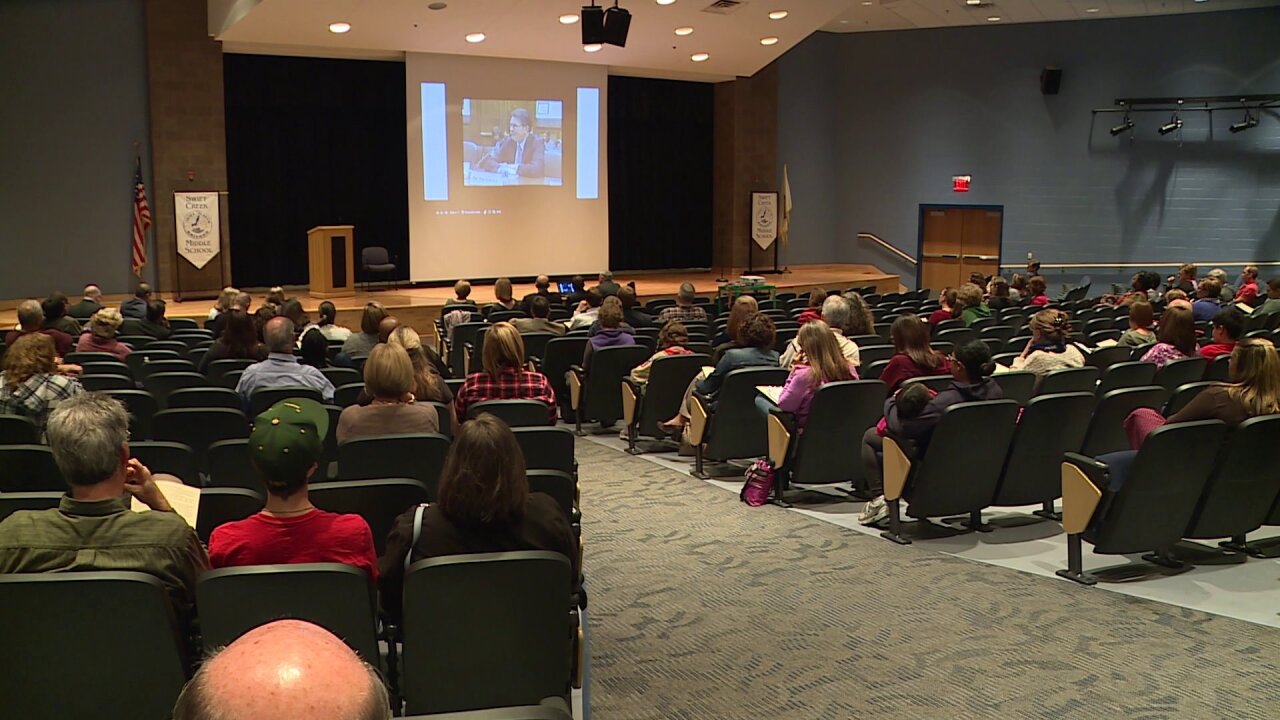 CHESTERFIELD COUNTY, Va. -- Chesterfield parents got a chance Monday night to weigh-in on changes that could affect when their children start classes for the school day.

Experts argue that Chesterfield high school students are leaving for school entirely too early, some as early as 5:40 a.m.

The county is now considering pushing school start times for high school students back to as late as 9:30 a.m.

Research by the American Academy of Pediatrics shows older students typically got to bed around 11 p.m., and the current schedule means they cannot get the nine hours of sleep they need.

The study also shows the sleep-deprived students don't perform well in school and are at an increased risk of getting into car accidents.

"Really high schoolers should be in bed by 8:40 to 9:00 to get the recommended nine hours of sleep and that’s almost impossible to do on the current schedule," said Suzanne Mazzeo, a psychiatry and pediatrics professor at VCU.

"Actually 92 of the 95 counties in Virginia start high school later than we do. There's only two other counties in the entire state that start this early and nationally there's a trend,” she added.

Chesterfield Superintendent James Lane recently reached out to Chesterfield parents to let them know about the recent studies and the possible impact it has on their students.

There are three more public hearings scheduled in the coming weeks. For more information about those meeting, click here.

School leaders aren’t expected to make a decision regarding start times until next year. No permanent changes would go into effect before the 2018-19 school year.