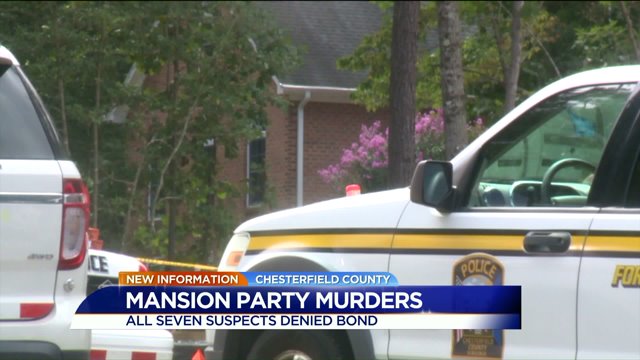 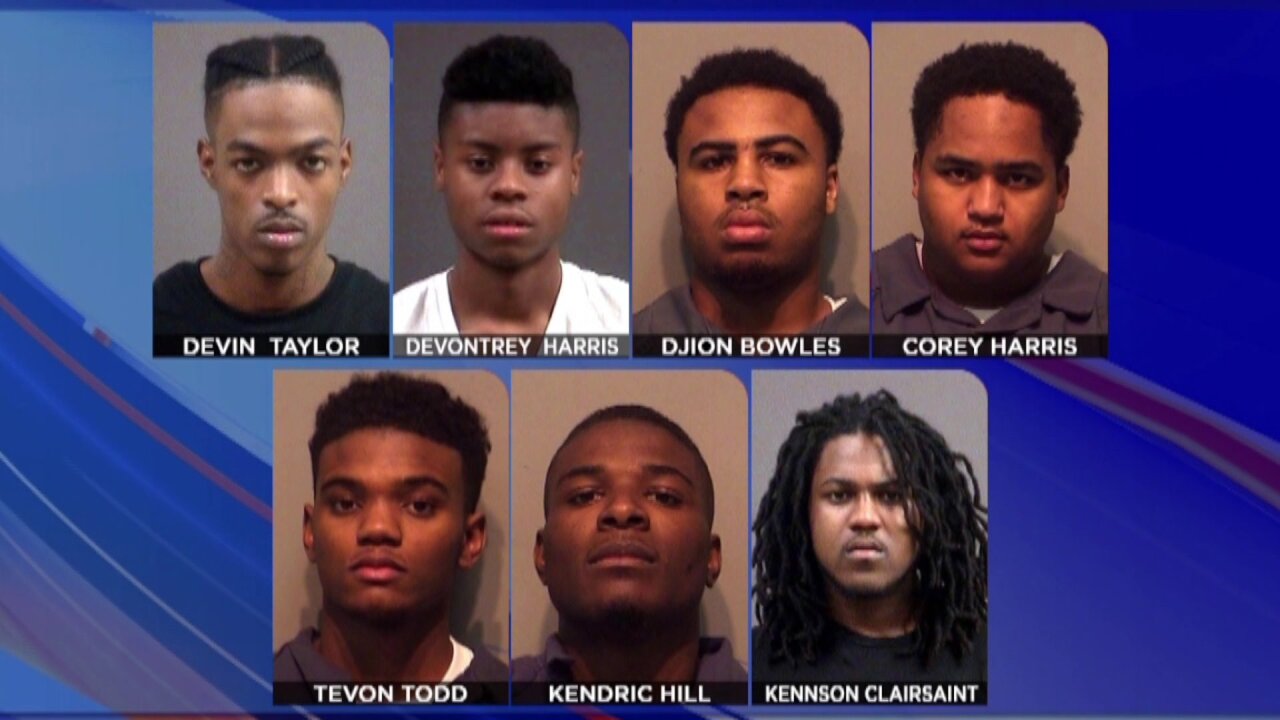 CHESTERFIELD, Va. – A multi-jurisdictional effort recently led to the arrest of seven men in connection with two homicides, and while police haven’t divulged a motive yet, they have charged all suspects with gang participation.

All seven were arrested for the Sept. 4 crime, during a sweep Thursday morning on Oct. 20.

The murders happened in the 15000 block of Chesdin Green Way, during event officers called a mansion party; a party held at a house under construction where party goers are given the address on social media.

Multiple law enforcement sources tell CBS 6 that some of the seven arrested have an affiliation with the "Stain Gang." There have been juveniles arrested in Virginia, in connection with the Stain Gang.

Retired gang detective Keith Applewhite said that name could be a cover up for the larger organization with which they are affiliated.

"Over the years gangs have evolved and outside gangs from Chicago and New York have come here to set up,” Applewhite said.

One of the arrested, Corey Harris, claimed the Stain Gang on his Facebook page, but Applewhite said he couldn't detect what Harris is connected to by looking at his picture – which features a group of men.

Home where the party took place and two people died.

"Most you can tell because of tattoos, but nothing in the picture I saw glorified a gang affiliation,” Applewhite said. “ I looked and there were no clear hand signs."

Applewhite said that with 300 people in attendance and given the location, the party could've been thrown by a particular gang for fundraising. He explained that’s what gangs do to make purchases for their organization.

Applewhite urged parents to pay attention to their kids and said that early detection is important. He said that gang members tend to focus their recruiting efforts on young, impressionable teens.

"They typically recruit juveniles 13 or 14 and initiate them into the group with crimes, getting them to do their dirty work,” he said.

Applewhite added that signs could be apparent if a child starts to wear just one color or shows up with tattoos.

He said parents should confront them, and even contact police if they believe it's a gang related issue.