GRTC bus rider can’t be seen, thanks to overgrown tree 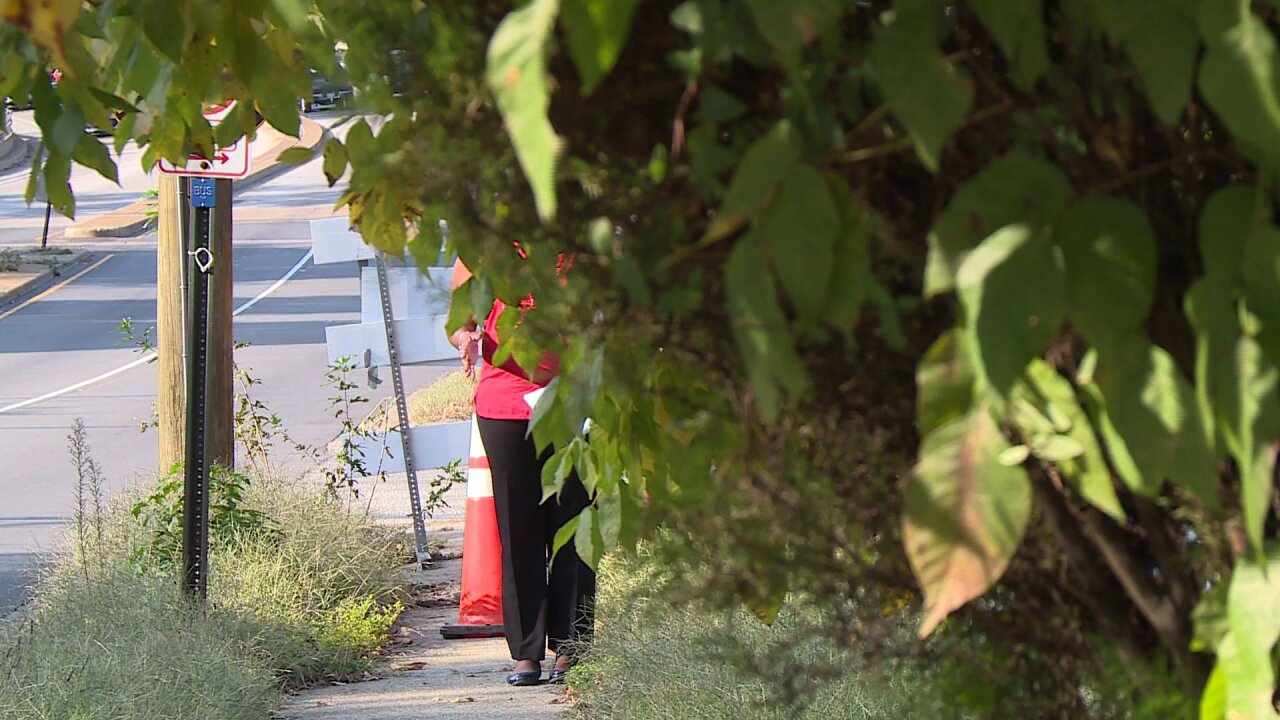 Teresa Jackson just hopes for the tree to be trimmed

RICHMOND, Va. – A tree is blocking a GRTC bus stop, and one rider said the “invisible bus stop” has caused her some issues.

The tree has grown over the city sidewalk and brushed up against the power lines.

“I've missed the bus like four times,” said Teresa Jackson, who said the bus drives right past her because the drivers can't physically see her, due to this overgrown tree.

She said the tree is blocking part of the sidewalk and she can't risk standing in the street to flag down the bus because it's too dangerous.

Not knowing who to call in the city, Jackson turned to CBS 6 Problem Solvers and we contacted Public Works. A spokesperson immediately forwarded the complaint to code enforcement.

Teresa Jackson just hopes for the tree to be trimmed

The city explained that since the tree is on private property, it's up to the owner to trim it. If the property is vacant, the owner is still responsible for maintenance.  If the city deems it necessary to clear the limbs, it would still hold the owner responsible.

Jackson just wants the problem solved because the city bus is her only mode of transportation.

“A couple of times I've had to waive the bus down and it'll stop past the intersection and I've had to run to catch it. But I'm disabled and that's a pain…”

“I just want something simple...a few limbs cut...I'm sure it's not that hard,” she added.

Jackson is glad to know code enforcement is looking into the problem. She just hopes the limbs will be cut back sooner rather than later.