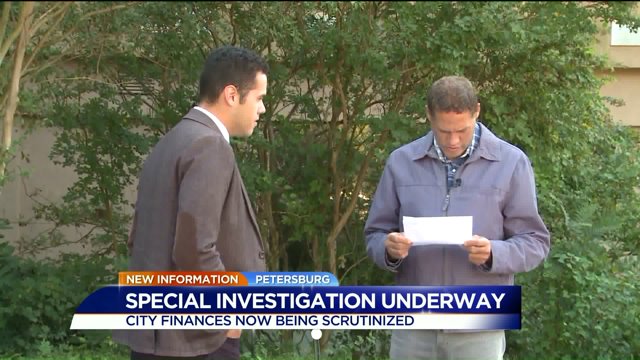 PETERSBURG, Va. -- An investigation of Petersburg's Police Headquarters by the FBI and Virginia State Police has now expanded to include all financial matters within the city, according to a court order.

The order was signed and dated Oct. 7 at the request of Petersburg Commonwealth’s Attorney Cassandra Conover.

"As far as the order, we have not been served," said Mayor W. Howard Myers as his city faces a $12 million shortfall.

In December, Conover requested the FBI and VSP investigate the city’s police department, which was then being led by former Chief John Dixon.

The investigation involved allegations of officer misconduct, including an incident where it was believed $9,700 went missing from the police department's evidence room. That dollar amount then increased to about $13,000.

Police Chief Dixon was terminated from his job in June, while the evidence room was searched in July.

Mayor W. Howard Myers said Thursday he had not seen the order until WTVR CBS 6's Brendan King showed him.

"I believe it is an important step in helping us move forward to find if there were any improprieties," he said.

Petersburg City Attorney Joseph Preston said he heard rumors a court order had been issued as late as Wednesday afternoon.

"I actually welcome this," said Preston. "Many citizens have questioned whether any illegal activity in respect to the finances has taken place - obviously none of us know that."

Both Myers and Preston said they were unaware why the investigation was extended to include the entire city's financial matters.

But, in September the South Central Wastewater Authority filed a lawsuit against the city to put the city in receivership, which means paid sewer bills would no longer pass through City Hall.

Petersburg currently owes the authority $1.2 million. If a judge orders in favor of the SCWA, residents would go to a third party, who would then give that money directly to the authority instead of the city.

Museum historical interpreter, Eric Slaughter, turned in his work papers to City Hall during his last day on the job, Thursday. Slaughter was among several city workers laid off as part of recent budget cuts.

"I'm sad. I've enjoyed working at the museums," said Slaughter, who commutes to the city from Prince George. "I'm not angry at the city, but i do feel sorry for the people who live here in Petersburg. I think they need answers."