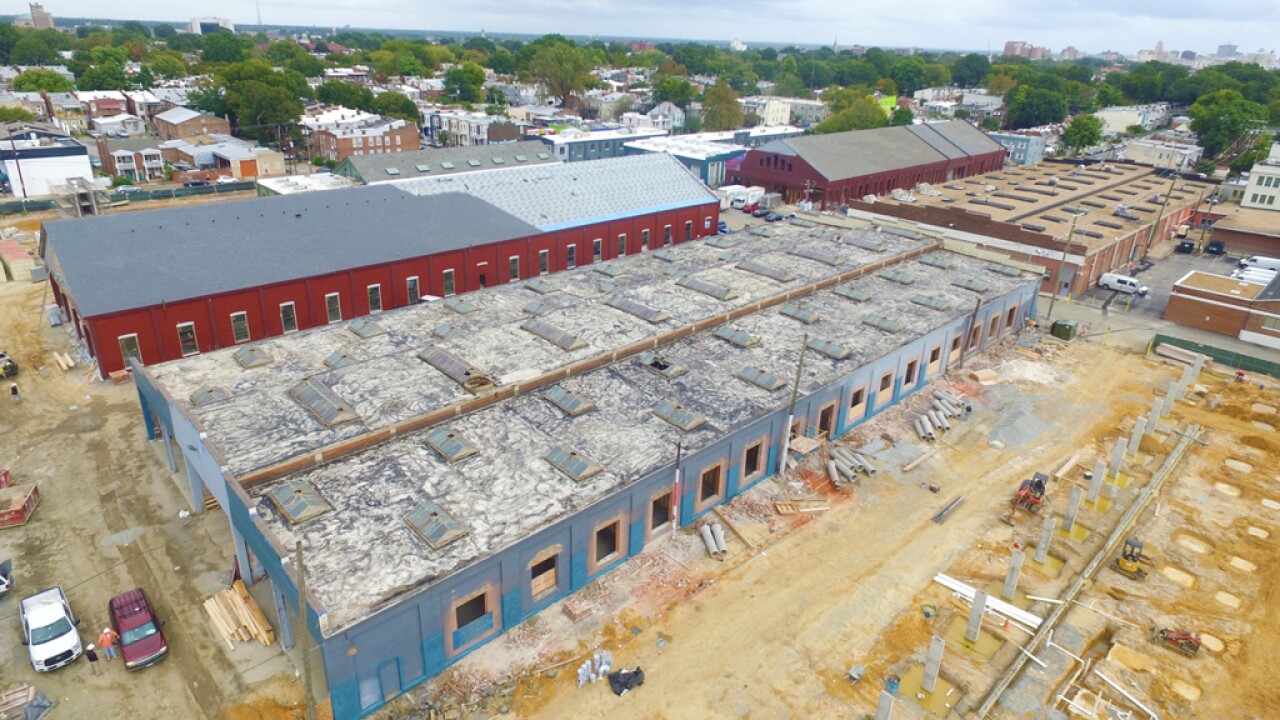 The seven existing rehabbed buildings will be opened in stages in March. (Kieran McQuilkin)

RICHMOND, Va. — The transformation of a former GRTC property near the Fan and Carytown is well underway as its developers prepare to begin leasing up the project’s apartments and commercial space.

First announced last year, the $44 million project is being helmed by a partnership between Tom Dickey and Chris Johnson of the Monument Cos. and Howard Kellman of the Edison Co.  Monument Construction, an arm of the Monuments Cos., is handling the buildout. Walter Parks is the architect.

Johnson said the goal of the project is to expand and unite Carytown and the commercial corridor along Robinson Street. The site’s plan of development approved in June and the developers sang the praises of Willie Thompson at the city’s planning department.

The seven existing rehabbed buildings will be opened in stages in March. (Kieran McQuilkin)

The two new buildings will be complete in spring 2017, after the seven existing rehabbed buildings are opened in stages from November to March. The developers are using historic tax credits and Union Bank & Trust to finance the project.

Click to find out when leasing will begin and what other amenities will be offered.