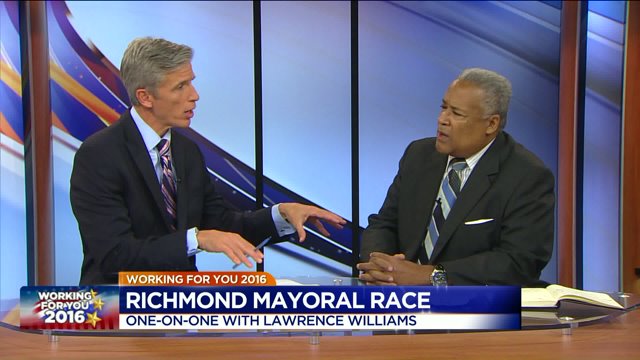 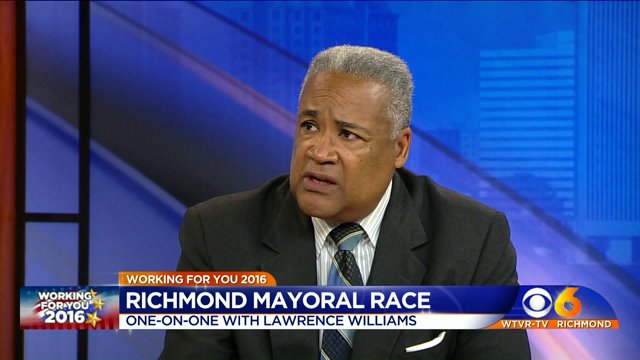 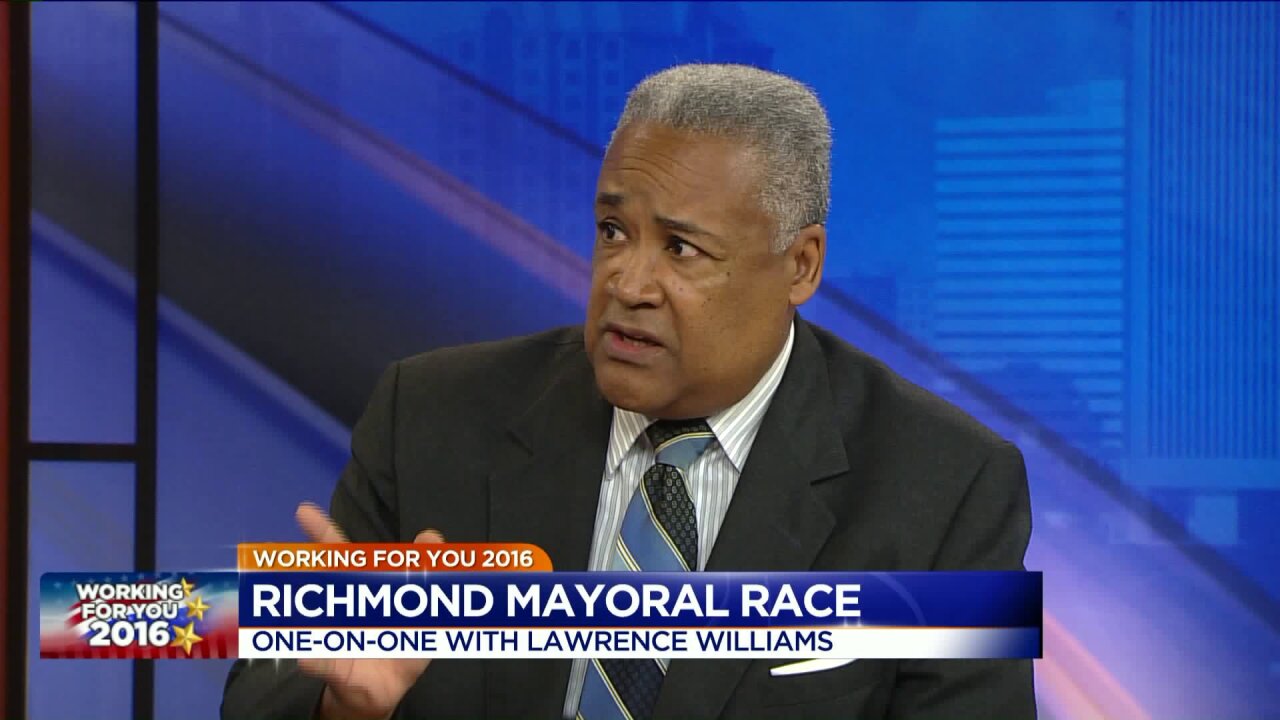 RICHMOND, Va. – Ahead of the Nov. 8 election, Richmond mayoral candidate Lawrence Williams joined CBS 6 for an in studio interview and answered questions from voters via Facebook live.

Williams is a Richmond native and a product of Richmond public schools. He graduated from John Marshall High school, the University of Virginia, and Harvard University, where he graduated with a Master of Architecture Degree.

The Church Hill native has practiced as a registered Virginia architect for over 25 years. He also owns Lawrence Ellis Williams Consulting, LLC.

During his visit with CBS 6, Williams talked about his vision for the city and answered questions about the city’s education system, city amenities, his political experience, and more.

“You have to have a good architect that doesn’t water down good things. A good mayor,” Williams says. pic.twitter.com/Twa5m7CNZv

“That’s why I’m running. To see this city live up to its full potential.” Williams says. pic.twitter.com/ijHGHu4jg4

“Relationship building is job of the mayor.” Lawrence Williams says.

He adds that a mayor needs a one on one w/ School Board members & Superintendent. Mayor needs a strong Chief Officer, LW says.

“We have to be holistic about how we handle our assets in neighborhoods,” LW understands need of better food in communities. pic.twitter.com/oGenxI32UV

On his website he has listed a 10-point revitalization plan, with an emphasis on “save our schools” and “save our city.”

He has promised more transparency if elected mayor and more citizen oversight in capital project expenditures.

“I will review increased bonding capacity funding without residential property tax increases, utilizing business sector growth, training programs, new and existing commercial development tax zone income,  increased funding from the Virginia State Legislature by lobbying to lower the City ability to pay for schools composite index of 47% to be equal or below surrounding counties at 35%,” he outlined.

Williams would like to see the creation of what he calls The International Center for Social Research and Development, which would highlight successful programs worldwide for implementation in the Richmond region.

He also wants to “find new approaches to community policing and neighborhood safety” and would also create a “more high-profile presence for social workers.”

Richmond residents consistently comment on potholes in the city.  Williams pledges to have 2,500 potholes filled within the first 100 days of my administration.

He also pledges a new home for the Flying Squirrels, not far from where it is now, paid for by the private sector and user fees.

Williams also emphasized the need for balance in Shockoe Bottom,  “respecting the sacred properties and present landowners while facilitating economic development that would generate designated real estate taxes for our school system.”

WTVR CBS 6 has extended an invitation to all Richmond mayoral candidates to appear on the CBS 6 News at 7 and on Facebook LIVE.

The next candidate to visit CBS 6 will be Jon Baliles. Michelle Mosby has also agreed to appear on the show in the near future.