VCU students hope panel with police will be catalyst: We need to educate everyone 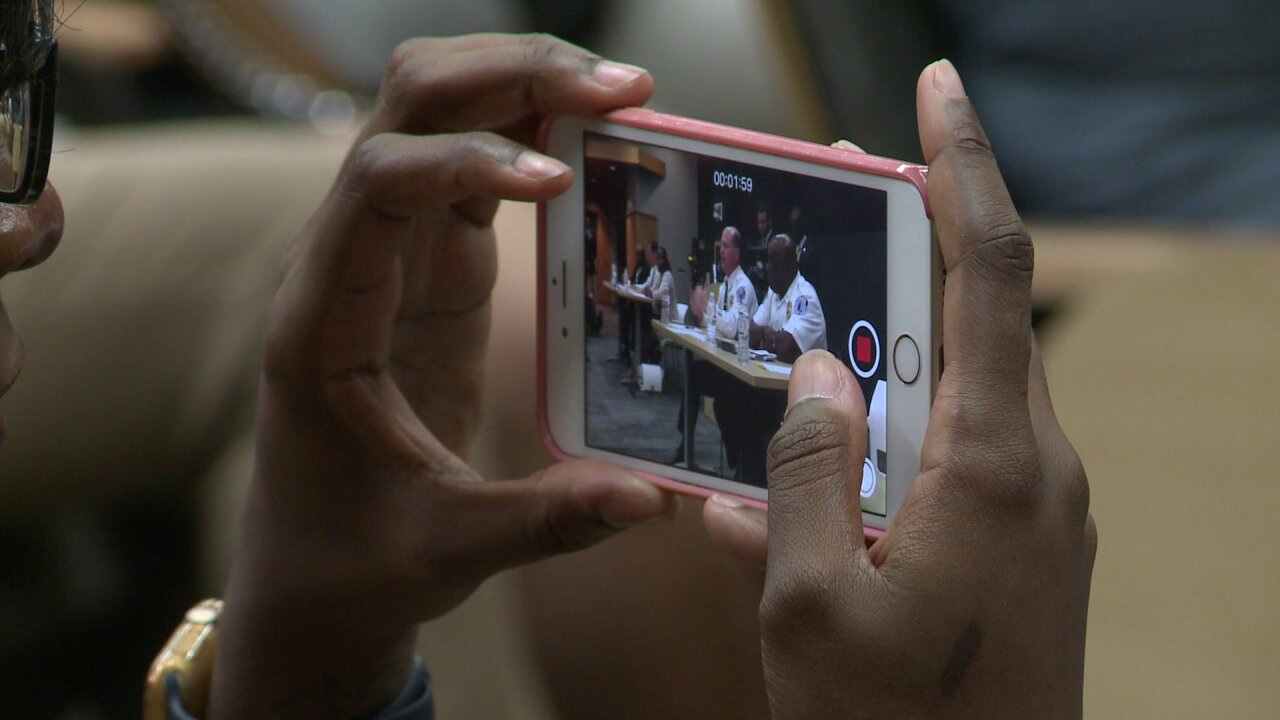 RICHMOND, Va. -- Members of the Richmond community are taking action to create change after controversial shootings of black men by police. That includes the recent deadly shooting in Charlotte, North Carolina.

VCU’s Alpha Phi Alpha Fraternity, Inc. hosted, “Know Your Rights: Dismantling Police Brutality,” Sunday night. The forum was designed to teach people about their rights and other legal issues. Organizers wanted to take a proactive rather than reactive approach when it comes to stopping encounters before they escalate to violence and deadly force.

“Instead of waiting until something like this affects Richmond, let’s get out, have a program, and just use what's been going on to try and help the community to a certain extent and educate everyone on the rights,” Johnson said.

Richmond and VCU Police along with the Commonwealth Attorney’s Office were represented on a panel in front of seats filled by students. VCU Police Department Chief John Venuti was one of the panelist.

“We are listening to the things America is saying and we are trying to create change here at VCU and the way we do business based on everything going on in the United States,” Chief Venuti said.

The community conversation focused on understanding the job of law enforcement, bias, reporting officer misconduct, and community involvement with police.

White explained, “Because we both developed relationships with local law enforcement we were able to see there are a lot of programs there are a lot of anti-bias measures that no one knows about so we said, ‘why not have a conversation?' So one of the goals was for us to get to know our police department locally.’”

There is hope the forum was a catalyst.

Chief Venuti said, “I don't think the problem was solved tonight, but I want members of the VCU community to feel comfortable that if they need something from the VCU police they can come directly to me they can come to one of my officers.”

“They don't have to be here right now, so I think it's important that we make note and try to realize that they are here just like we are to try and diffuse these situations and try to bring solutions to these issues,” Johnson said of the panelists.

VCU Students were encouraged to make their voices heard at city council meetings and participate in upcoming programs with law enforcement officers.

A student in attendance asked panelists what to do during an encounter with an officer if they feel scared. One response was to follow instructions from the officer, then report the issue later. Another panelist acknowledged that will not prevent all police brutality, but pointed to the role of the Commonwealth Attorney’s Office to examine the case and file charges against officers when appropriate.