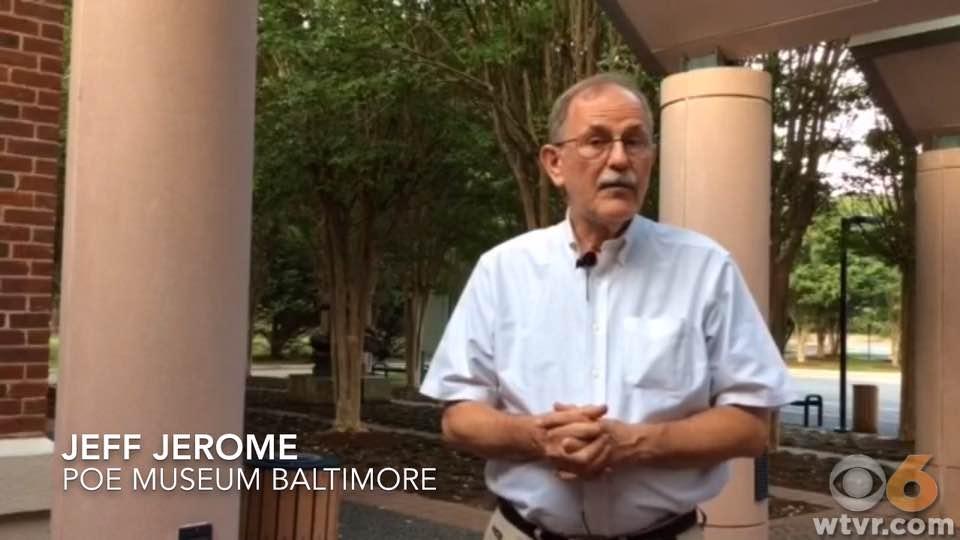 VCU iPadJournos interview with Jeff Jerome of the Edgar Allan Poe House and Museum in Baltimore. 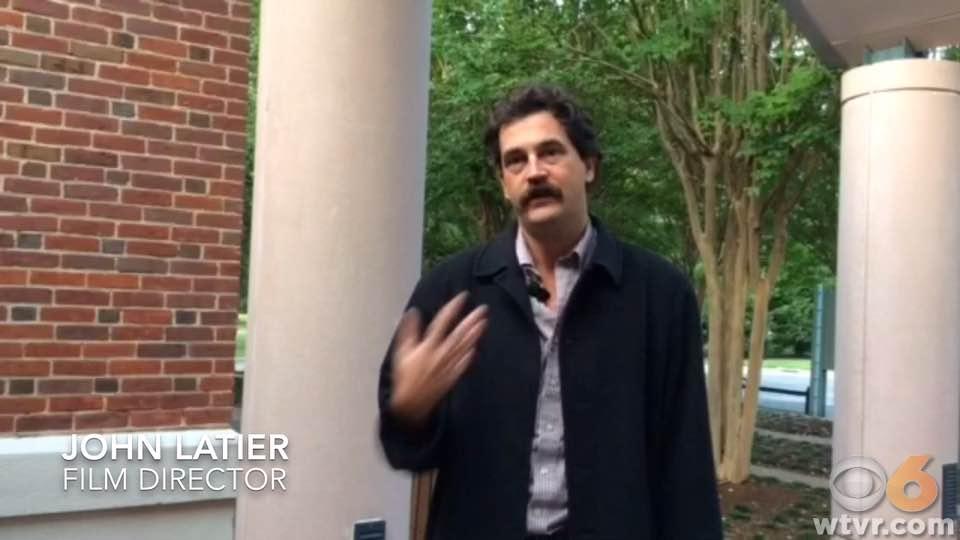 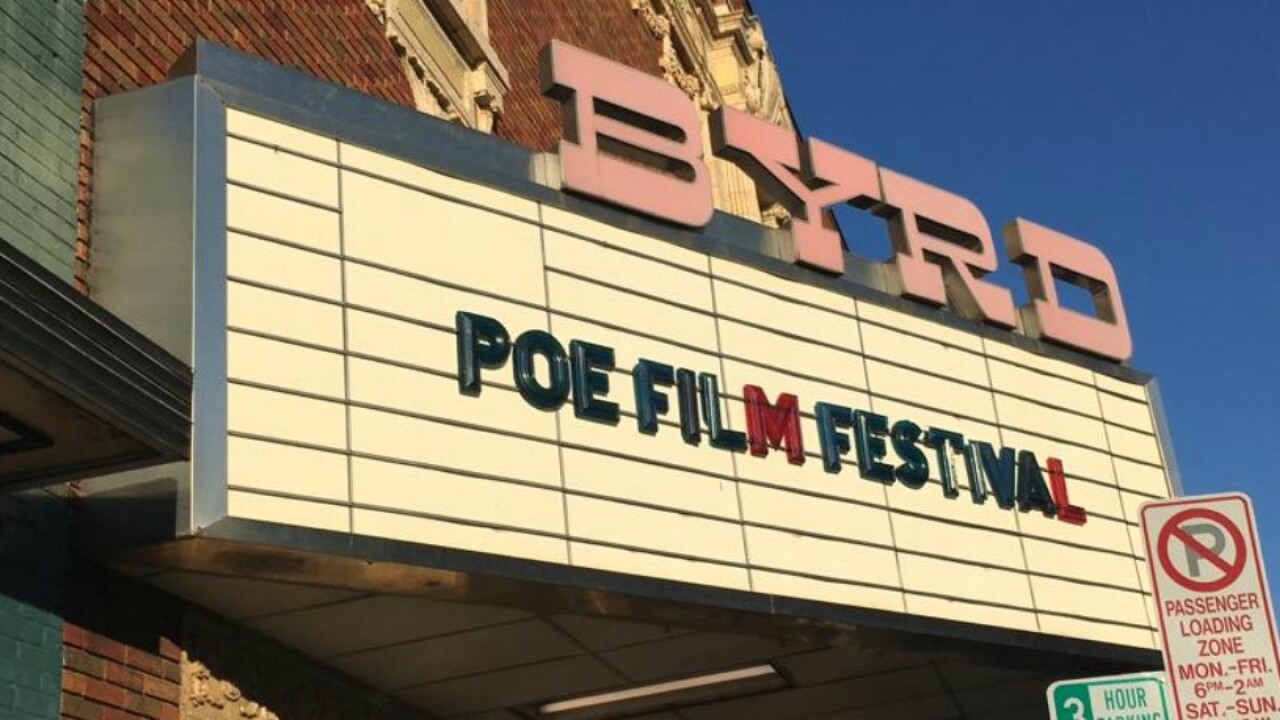 RICHMOND, Va. — The Edgar Allan Poe Museum started what could become a new Richmond tradition — the Edgar Allan Poe Film Festival. The event started on Thursday night at the Poe Museum on East Main Street, featuring an Unhappy Hour with live music and silent films, and had its highlights with the main film screenings at the Byrd Theatre in Carytown on Friday and Saturday.

“Everyone is so passionate about it,” festival volunteer Tammy Raabe said. “It’s a wonderful little museum. It’s a hidden gem of Richmond, and we’ve enjoyed everything we’ve seen so far.”

Local illustrator Steven Warrick looked to Poe as a source of inspiration, appreciating the morbid and mysterious themes he pioneered in his short life.

“Anything that’s kind of dark and creepy like that, it’s interesting,” Warrick said. “I think it means a lot, really. People who are into things that are more macabre, they can kind of rally around this place, so it’s kind of like a place to go. It’s something that kind of speaks to them.

“Poe was one of the first horror writers ever, and one of the first mystery writers ever, and so for people who are into that kinda thing, this is kind of ground zero,” Warrick added. “This is where it all started. So this definitely means a lot to Richmond, and definitely a lot to a lot of writers and artists, and people who are inspired by his work.”

All of the events of the festival were attended by Victoria Price, daughter of the late actor Vincent Price, who is famous for his roles in Edgar Allan Poe films and horror movies. On Friday night, she introduced the film “The House of Usher” from 1960, which featured her father in the leading role. She said that the film festival celebrated Poe as “one of the true American voices in the arts.”

Other film adaptations of Poe’s most famous works such as “Stonehearst Asylum” from 2014 were shown Friday night at the Byrd Theater in Carytown. Fans of Poe lined up early in order to get seats.

Bob Gulledge, the Byrd Theatre’s organist, opened up the evening by playing some haunting music tunes.

On Saturday, the Byrd once again hosted short film screenings and panel discussions with film experts.

In the morning, the black and white films “The Black Cat” from 1934 and “The Fall of The House of Usher” from 1928 were shown. Later in the day, a segment called “Animated Poe” showcased the film “The Extraordinary Tales” from 2014.

Another segment called “The Challenges of making Poe Movies” had panelists discuss the excitement and hardships that occurred while making their movies.

The final event took place on Saturday evening at the Cultural Arts Center at Glen Allen, which featured a talk by Victoria Price. Attending this event were people who have continued the Poe legacy throughout the years.

John LaTier, the director of movie “The Tell-Tale Heart,” was invited to show his film at the Byrd Theatre. He said that the fact that the Capitol Square in Richmond has a monument of George Washington and a monument of Edgar Allan Poe in the same area, showed that Richmond appreciates literature and the arts as well as diplomacy and politics.

“The Poe House was very nice in making it so I could come here and show the film,” LaTier said. “And it is an independent film, so being an independent filmmaker, having a venue to show my film is a blessing. I am very thankful that Richmond provided that. It felt like a very fitting place to show Poe’s work.”

With a background working in Disney animation, Raul Garcia, the director and animator for the five-part movie “The Extraordinary Films” talked about why animation is unique in film making. He said that people are used to seeing a horror film, an action film, or a romance film. Animation is something different and it isn’t just for children.

Jeff Jerome, curator emeritus of the Edgar Allan Poe House and Museum in Baltimore, said the Poe Museum in Richmond does a great job of promoting and honoring all things Poe. He thinks the film festival will come back next year and continue to be a tradition in Richmond.

“It was a big success. It may have caught them by surprise, because when you create an event you never know how popular it is going to be until you open that front door,” Jerome said. “These events so far, there is a crowd of people waiting to come in.”

By James Miessler and Natalie Quinn (Special to WTVR.com)