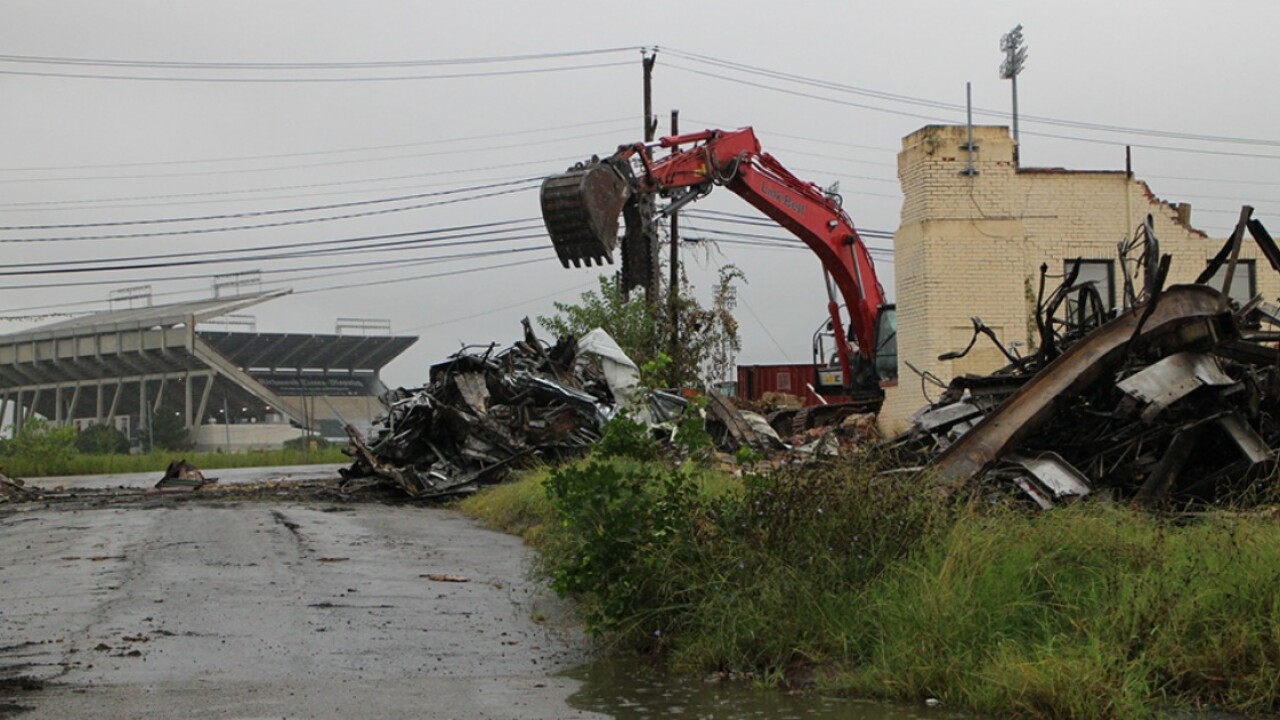 Demolition continued near The Diamond on Monday. (Jonathan Spiers)

RICHMOND, Va. — As interested developers prepare their proposals, the site of a planned redevelopment along the Boulevard is becoming a cleaner slate.

Demolition of 22 city-owned buildings and miscellaneous structures around The Diamond is wrapping up, on parts of the 60-acre site where the City of Richmond is planning a massive mixed-use development.

The buildings made up the Parker Field Operations Center for the City of Richmond’s public works department.

Those facilities have been relocated to the Commerce Road corridor across the river in Manchester, where 300 city jobs were moved with them.

Several structures in the area of the Parker Field Annex, across Robin Hood Road from the Arthur Ashe Jr. Athletic Center, were also taken down.

The work also includes hazardous materials abatement, conducted over two phases along with the demolition. S.B. Cox completed the first phase, on a contract totaling $943,000. RJ Smith is completing the second phase on a contract upwards of $1.19 million.